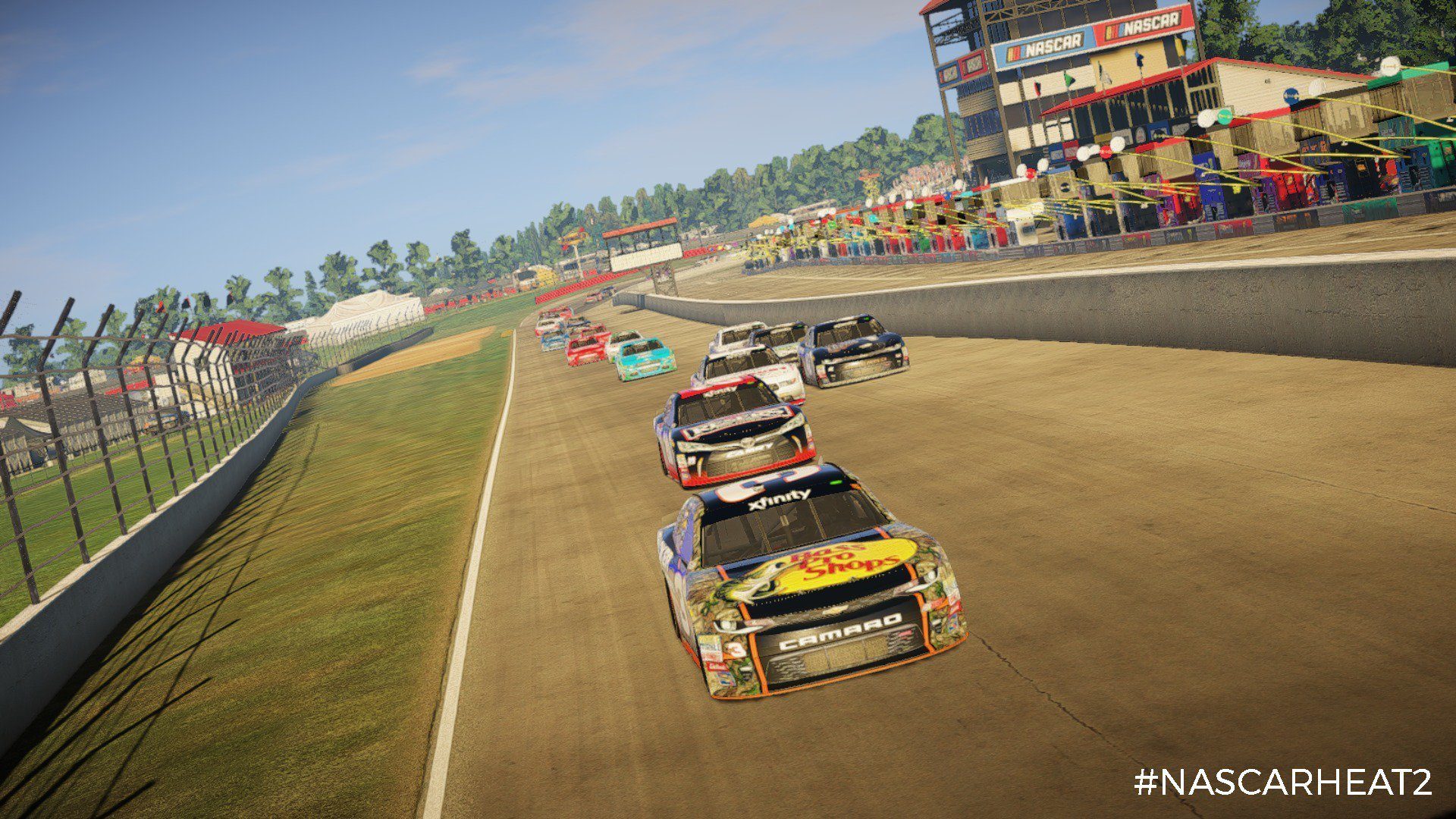 With less than a month until release, 704Games has released more info on NASCAR Heat 2. The latest dev diary focuses on the game’s career mode, while another video offers a short preview of a new track.

Working Through the Ranks

One of the major updates to NH2 is the inclusion of the Xfinity and Camping World Truck series. In the dev diary above, 704Games states it worked closely with real NASCAR drivers to add a greater sense of progression for players.

Career Mode is centered around how players perform. Contracts will pop up after you’ve done well on track, allowing you to hop over to bigger, better teams. It isn’t cut-and-dry, however; your current team also improves as your relationship with it strengthens. A new offer may be from a team that was better than yours at the start of the season, but that’s not a guarantee deep into the calendar.

Another new feature is “Momentum”. Players will build Momentum based on completing races well and — crucially — bringing the car home in one piece. The more Momentum you have, the more time the team can spend improving the car instead of simply repairing it.

Just like the real world, on-track rivalries will bring their own set of challenges to NASCAR Heat 2. Run other drivers off the track a few times, and expect a message from them to watch your behavior.

Pre-race screens will give you a brief rundown of your relationship with the other drivers, ranging from Neutral to full-on Rival. Get someone up to that latter status and expect more aggressive treatment from them in the race.

Lastly, the video showcases the livery editor in NASCAR Heat 2. It doesn’t allow complete freedom like Forza, Need for Speed, or GT Sport’s new one, but it does offer a lot of customization of existing designs. Players should have no trouble crafting their own unique look.

The 704Games team has also provided the first gameplay teaser of new track Mid-Ohio. It’s one of three new tracks from the XFINITY 2017 schedule making their way to NASCAR Heat 2. The other two are Iowa Speedway and the legendary Road America, which hosts the Johnsonville 180 on the last weekend of this month.

NASCAR Heat 2 launches September 12, on PlayStation 4, Xbox One, and PC.

Jordan Greer · Aug 16, 2017· Comments
At the recent Gran Turismo World Series Finals in Monaco, I had the chance to be one of the first humans to race against Gran Turismo Sophy, the radical new artificial intelligence system developed by Polyphony Digital and Sony AI.

Andrew Evans · Aug 16, 2017· Comments
The newest Gran Turismo 7 Daily Races are now available, giving players some fresh challenges to occupy them for the next seven days.

Andrew Evans · Aug 16, 2017· Comments
The latest Forza Horizon streams have revealed what players will be getting up to over the next couple of months, with the new Series themes, activities, and rewards for Series 15 and Series 16.

Gary Slater · Aug 16, 2017· Comments
As 2022 begins to enter the closing stages, Forza Horizon 4 welcomes December with an apt Winter season. With festive plans beginning to take shape, players are continuing to hunt down the latest events.

Andrew Evans · Aug 16, 2017· Comments
The final set of Forza Horizon 5 seasonal playlist challenges for the current Series is available from today, with seven more days to get through the donut-based activities.

Andrew Evans · Aug 16, 2017· Comments
The latest seasonal preview for Forza Horizon 5 will stream later today, Thursday December 1, revealing what new content, challenge, accolades, events, and world changes are coming up for players over the next couple of month.