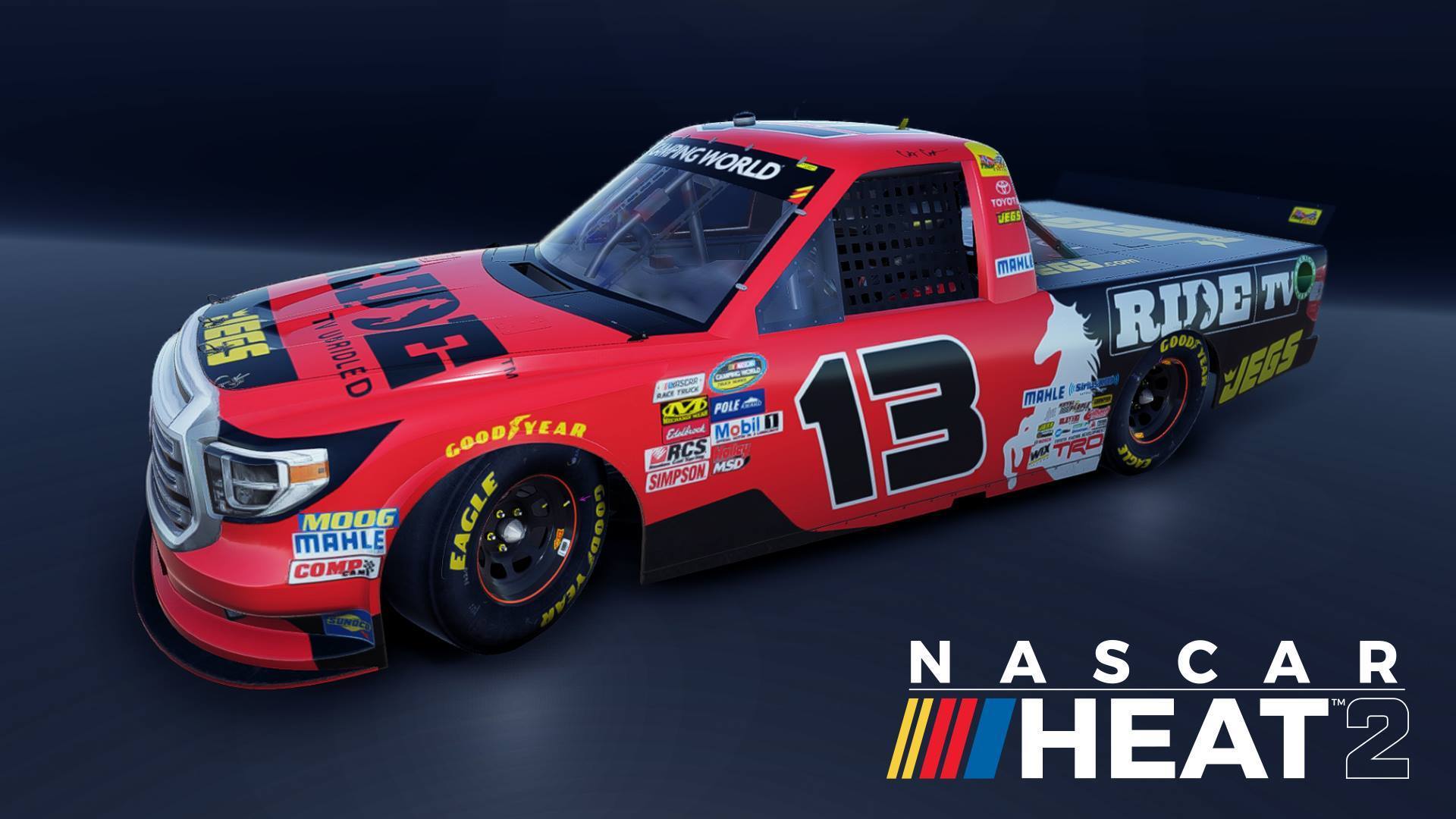 704Games has unloaded the next trailer for NASCAR Heat 2, featuring the Camping World Truck Series. It also provides our first real gameplay footage of Eldora Speedway.

Eldora is a half-mile dirt oval located in Ohio. If the name sounds familiar, you may remember that it came to iRacing a few months ago with that game’s dirt update. Or, if you watch the CWTS, you’ll have seen the trucks descend upon it just this past Wednesday. Eldora is one of four tracks from the truck-racing schedule making their debuts in NH2. The other three are Gateway Motorsports Park, Iowa Speedway, and Canadian Tire Motorsports Park.

To go along with the new tracks, 704Games is including 32 drivers from this year’s championship. According to the developer, this is the first time in nearly a decade that NASCAR’s truck series has been in an official game. Whether the players choose the Chevy, Ford, or Toyota, they all should offer a very different experience in the game.

With the Cup Series and CWTS both getting their chances in the spotlight, we expect 704Games will release an XFINITY trailer soon. Heat 2 will feature all three major series, offering much more variety than last year’s title.

The game launches right in the thick of the busiest racing game season we’ve ever seen. NASCAR Heat 2 is pencilled in for September 12, putting it right in-between F1 2017 and Project CARS 2. Admittedly it shares nothing with the former, and PCARS2 only features a lone stock car. We’ll be curious to see if Forza Motorsport 7, which launches October, carries the 2016 NASCAR lineup that was an expansion pack in FM6.

NASCAR Heat 2 will be available on PlayStation 4, Xbox One, and PC.

Andrew Evans · Jul 21, 2017· Comments
The latest set of Gran Turismo 7 Daily Races is now available, running across the next seven days, and marking a return of tuning to the events.

Andrew Evans · Jul 21, 2017· Comments
An announcement on the PlayStation Blog Japan has revealed that Gran Turismo 7 will be one of the games available in a special PlayStation VR2 event in Tokyo next month.

Gary Slater · Jul 21, 2017· Comments
January may be in the closing stretches, but Winter has returned for another round in Forza Horizon 4. Through the blizzards and the snow drifts, everyone at the UK festival continues to battle through the elements in order to seek out the latest events.

Andrew Evans · Jul 21, 2017· Comments
Playground Games has previewed the next Series of Forza Horizon 5 — Japanese Automotive — in its latest Let’s Go stream, revealing what people will be doing, building, and winning when it gets underway on February 2.

Michael Leary · Jul 21, 2017· Comments
Although Playground Games has yet to announce the Forza Horizon 5 Series 17 update, it’s already confirmed that Series 18 will feature a tribute to the late Ken Block.