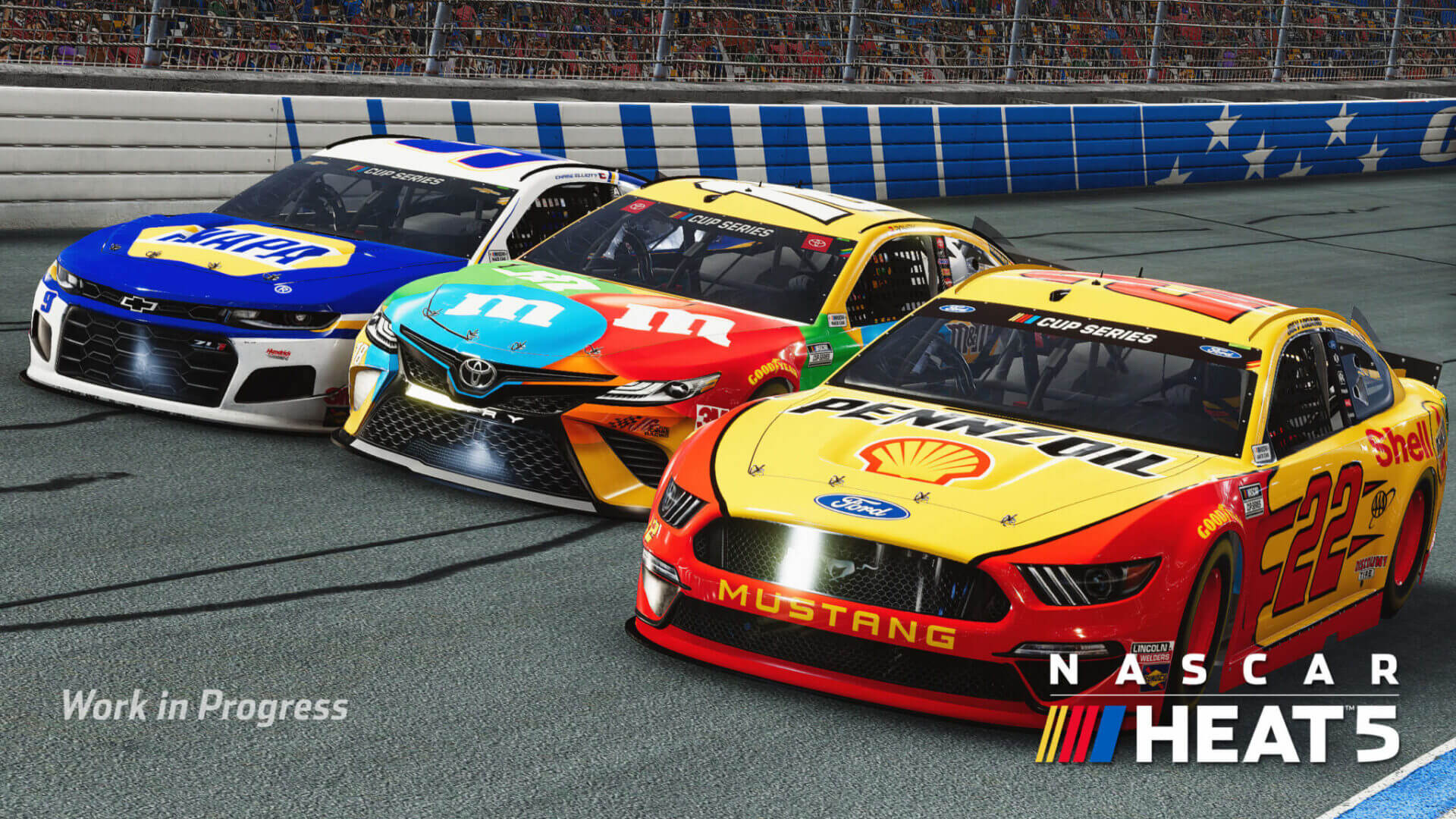 The latest title in the NASCAR Heat series is on its way this summer, with Motorsport Games announcing the official launch date.

NASCAR Heat 5 will become available on Tuesday, July 7, for all gamers who’ve bought the Gold Edition, on Xbox, PS4, and PC. The Standard Edition will follow three days later on Friday, July 10, on the same platforms.

Positioned as the official game of the 2020 NASCAR season, NH5 will naturally include all of the drivers, teams, and cars from the top-tier NASCAR Cup Series, and support series like the Xfinity and Gander RV & Outdoor Truck series. A full career mode will allow you work up from the Xtreme Dirt series through to the top of the sport, or just go right into the Cup Series if you prefer. 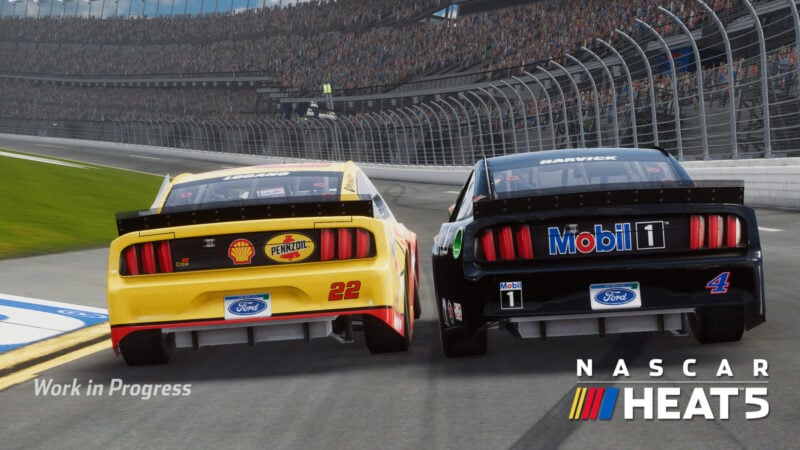 You’ll be able to race at 34 officially licensed circuits, which includes the halo locations like Daytona and Indianapolis. There’s also five fictional dirt tracks to get the hang of. A new Testing Mode allows you to setup and test your cars before taking part in races.

In addition, there’s a new Challenge Mode which allows players to compete in real-life race scenarios. NH5 will also pick up the baton for esports, taking over from NH4 after launch. Players can take part in eNASCAR Heat Pro League qualifiers, to make themselves eligible for selection by a NASCAR team, and online lobbies will support up to 40 players.

As well as getting three days’ early access, players who pick up the Tony Stewart Gold Edition get some exclusive in-game content. This includes Stewart-themed cars and liveries, the NH5 Season Pass with four DLC packs, in-game cash, and Stewart himself as your spotter.

You can catch the game’s official launch trailer, featuring the long-time voice of NASCAR Ken Squier, below:

Jordan Greer · May 6, 2020· Comments
After I had the opportunity to be one of the first people to play Gran Turismo 7 with PSVR 2 last week, I also had the chance to speak with Gran Turismo creator Kazunori Yamauchi for a one-on-one interview to discuss the new hardware.

Andrew Evans · May 6, 2020· Comments
Need for Speed and sports clothing brand Puma have teamed up for a crossover capsule collection with game-inspired clothing that allows you to match your avatar from the virtual environment of NFS Unbound.

Gary Slater · May 6, 2020· Comments
February has graced us with its presence, and has also brought along a new Spring season for Forza Horizon 4. We’re into the closing stage of Series 57, with one more week of cars to win and events to complete before the next series arrives.

Andrew Evans · May 6, 2020· Comments
The new Series of Forza Horizon 5 is here, celebrating all things Japanese automotive across the next four weeks.

Jordan Greer · May 6, 2020· Comments
I just got back from a trip to PlayStation’s North American headquarters where I had the chance to be one of the first people to play Gran Turismo 7 on the PSVR2, and I’m here to tell you all about it.

Michael Leary · May 6, 2020· Comments
Ubisoft has announced the third installment of its multi-vehicle-type racing game series The Crew will be called The Crew Motorfest, and is on the slate for a launch later in 2023.

Andrew Evans · May 6, 2020· Comments
Competition Company has announced that its new racing sim, Rennsport, has missed a second scheduled milestone on its approach to a late-2023 launch, with its closed beta phase once again postponed.