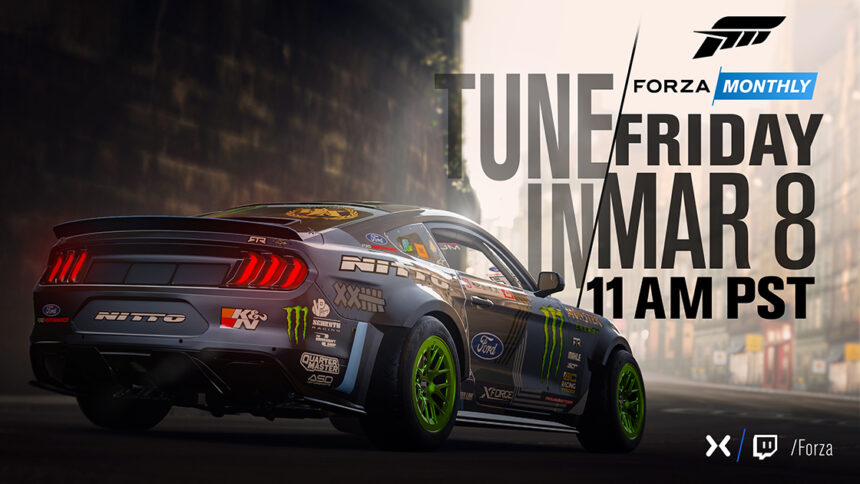 Next Forza Monthly Episode Coming March 8, Will Include Dan Greenawalt

It’s a new month, and that means one thing in the world of Forza: another episode of Forza Monthly should be coming. And come it will, next Friday, March 8.

That’s a little later in the month than is usual, and later in the week itself as well. Turn 10 hasn’t announced much in the way of details, but a particular guest could be a sign of big news in the Forza world. Forza franchise director Dan Greenawalt will be making his first Forza Monthly appearance.

Greenawalt will be joined by Formula Drift driver Chelsea DeNofa. The 28-year old is a part of the Team RTR alongside Vaughn Gittin Jr., whose car takes pride of place in the banner up top. It certainly suggests more drift cars are coming to the Forza world.

One big thing players will be keeping an eye out for will be the Forza Race Regulations system. Chris Esaki teased a potential March limited release in last month’s episode, so hopefully the team has an announcement lined up for that much-needed feature.

Gaming 154 Sep 16 by Gary Slater
Although we are still waiting for more news on Gran Turismo 7, Sony has officially started the countdown to the new console generation by revealing the price and release date…