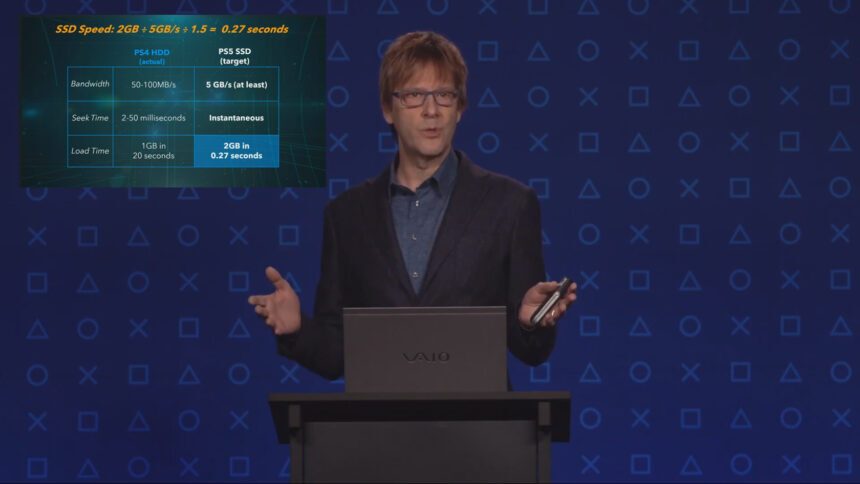 PlayStation 5 lead system architect Mark Cerny has unveiled the specifications of the next-generation console in a live-streamed version of the planned, but cancelled, Game Developers Conference presentation.

While not revealing the console’s design or price, Cerny’s presentation nonetheless takes players under the hood of the console. The surprisingly technical event covered some of the design decisions taken in the console’s development.

Let’s take a closer look at the specs of the next-gen machine before moving forward.

The big news here is Sony’s new approach to audio. For PS5, the brand is heavily relying on its “Tempest” 3D audio technology to really set the console apart. Tempest sets out to offer a much deeper sense of immersion through audio. Interestingly, the Tempest Engine, is a modified compute unit based on AMD’s GPU technology, which closely resembles the SPU (Synergistic Processing Unit) used in the PS3.

The result is an audio processing ability that’s roughly as powerful as all eight of the Jaguar CPU cores in the PS4, combined. Tempest will also make use of head-related transfer function, or HRTF, which is basically how an ear receives sound from a point in space, mapped from a thousand positions. Sony has tested 100 people to create, at launch, five default HRTF profiles to select from. Cerny added that it’s possible that, over time, players may be able to acquire more personalized profiles better suited to them. 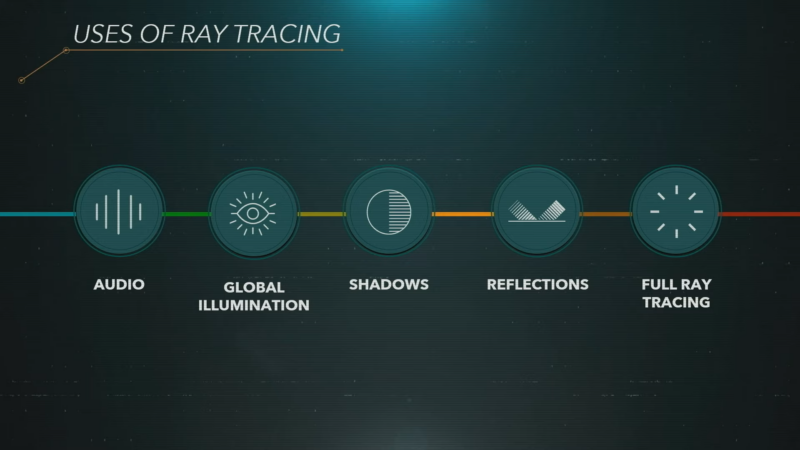 Both the CPU and GPU housed within the PS5 are powerhouses. The CPU features 8 cores and 16 threads based on AMD’s Ryzen Zen 2 architecture. With a clock speed up to 3.5 GHz, there’s a significant uptick over even the PS4 Pro. The GPU features 36 Compute Units at up to 2.23 GHz, with support for ray tracing. Comparing the GPU in the PS5 to the PS4, it’s pointed out that the 36 CUs in the upcoming console is equivalent to 58 CUs in the current-gen model. In addition, AMD’s SmartShift tech allows the CPU to donate any spare headroom to the GPU.

Interestingly, both will utilize a variable frequency strategy. That is, both the CPU and GPU are continuously run in boost mode. The system provides a generous amount of electrical power and then boost the clock speeds of both until they reach the capabilities of the cooling system. This is very similar to AMD’s existing Precision Boost technology that takes into account temperature, workload, and power consumption among other things, to then boost clock speeds accordingly.

That will allow for a better approach to system cooling. Cerny acknowledged that previous consoles were not optimal on this front, essentially due to guessing the power consumption in worst-case scenario. With PS5, power consumption will be fixed, allowing a much better bead on the console’s cooling requirements. No more will your PlayStation make a sound like a hovercraft when trying to Call of Duty. 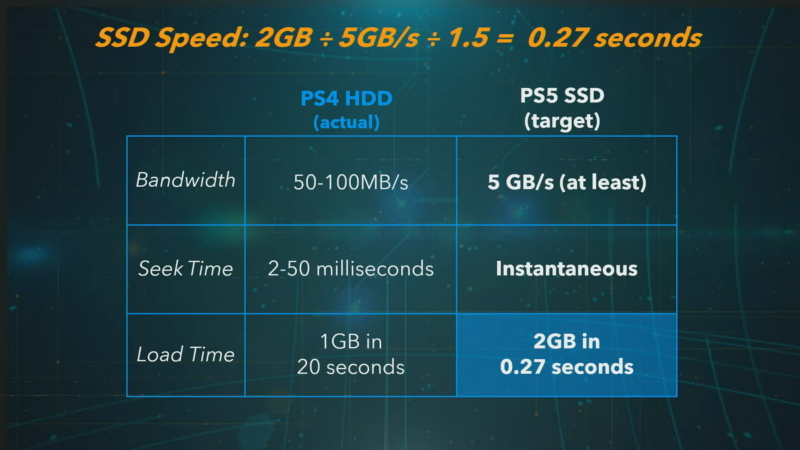 As previously revealed, the PS5 will feature a solid state drive, or SSD. According to Cerny, the SSD was the most-requested developer feature for the next-gen machine. Cerny states the SSD would roughly be 100x faster than the hard disk used in the PS4, but Sony has gone further than just increasing the read speed of the drive itself. The team has examined all the potential bottlenecks to allow games to realize all of that extra speed — including a custom flash controller and a new decompressor based on Kraken rather than the industry standard ZLIB.

One end result of this is great for game developers. They’ll no longer need to implement tricks like long corridors or a ride in an elevator to disguise the fact they’re loading new bits of the game world. In addition, the new SSD will eliminate probably the PS4’s biggest foible: update installation. The PS4 needed to create a whole new version of any file it was updating, but the PS5 does away with that completely.

The team settled on an 825GB of storage for the drive, with the option to expand — and this is where things get interesting. Unlike the Xbox Series X, the PS5 features native support for M.2 NVMe drives that can be readily purchased. Users will be able to install any drive that physically fits in the space, with the requirement that it is at least as quick as the inbuilt SSD. Sony will be testing available hardware to create a list for users of wholly compatible SSDs, however this is unlikely to arrive before launch later this year.

Finally, there’s backwards compatibility. Although each game will need to be tested to determine if it will be fully functional on PS5, the team has tested the top 100 PS4 games, ranked by playtime, and almost all work without issue. With more than 4,000 games on the PS4, the team will continue testing to as the launch date approaches to uncover any issues. Only the PS4 is in the schedule at the moment, with Cerny’s presentation making no mention of other, earlier consoles.

You can watch the whole presentation again below:

PlayStation 5
442 Comments Discuss this post in our forums...
Test Your Badge Knowledge With Our Car Logo Quiz