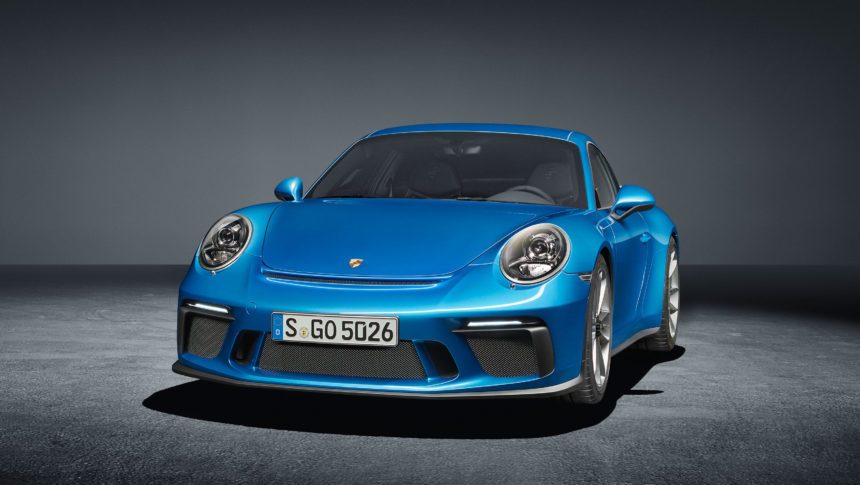 Porsche’s has given the 911 GT3 a new Touring Package at the Frankfurt Motor Show.

The new variant is viewed as an alternative to the 911 R that was launched last year. Whilst that car had a limited production run, the GT3 Touring Package will be produced as a regular series model.

The GT3 Touring follows the same principles as the 911 R, with a focus on driving purity rather than downforce and lap times.

Outside, the Touring loses the more extreme aerodynamic elements of the standard GT3 to gain a more restrained look. Like the R, it’s a throwback to a similar variant of the 1973 Carrera RS. Porsche has replaced the bench-like rear wing with a retractable one, whilst the front bumper and air intakes remain untouched. 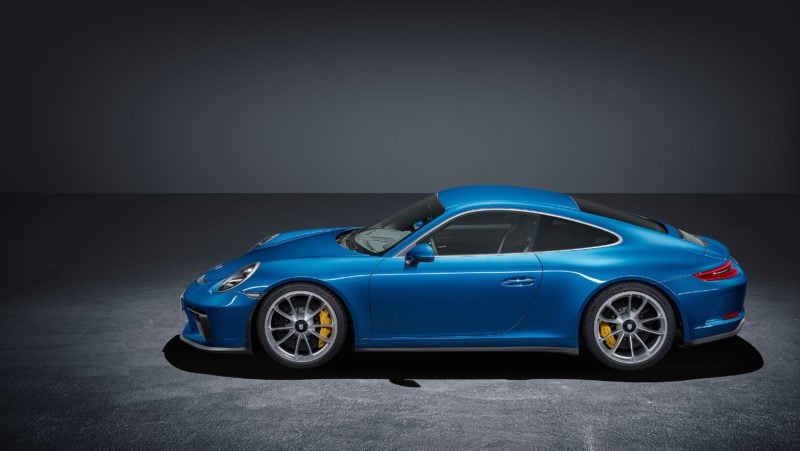 Apart from deleting the rear wing, the Touring retains the GT3’s wider (1.7-inch) body compared to the standard 911. It also sits an inch lower to the ground.

Other subtle exterior changes include sliver highlights on the exhaust pipes and around the side windows. An optional “Black Exterior Touring Package” swaps these to, well, black.

Leather trim replaces the Alcantara lining on the inside for added refinement as well as creating “the feel of a classic sports car”, according to Porsche. The standard GT3’s optional Clubsport package (which adds a roll cage and fire extinguisher) will not be available on the Touring.

Power remains identical to the standard 991.2 GT3; the 4.0 litre flat-six engine makes 493hp, and redlines at 9,000rpm. Continuing the emphasis on pure driving enjoyment, the Touring will only be available with a 6-speed manual gearbox. The dual-clutch PDK will not be available as an option.

Despite this, the Touring will still do 0-62mph in 3.9 seconds, before hitting a top speed of 196mph. The Touring also retains the rear-wheel-steering setup of the standard GT3 to help boost agility when cornering.

The Touring Package is available to order now as a no-cost option for the GT3, which is currently available for €152,416.