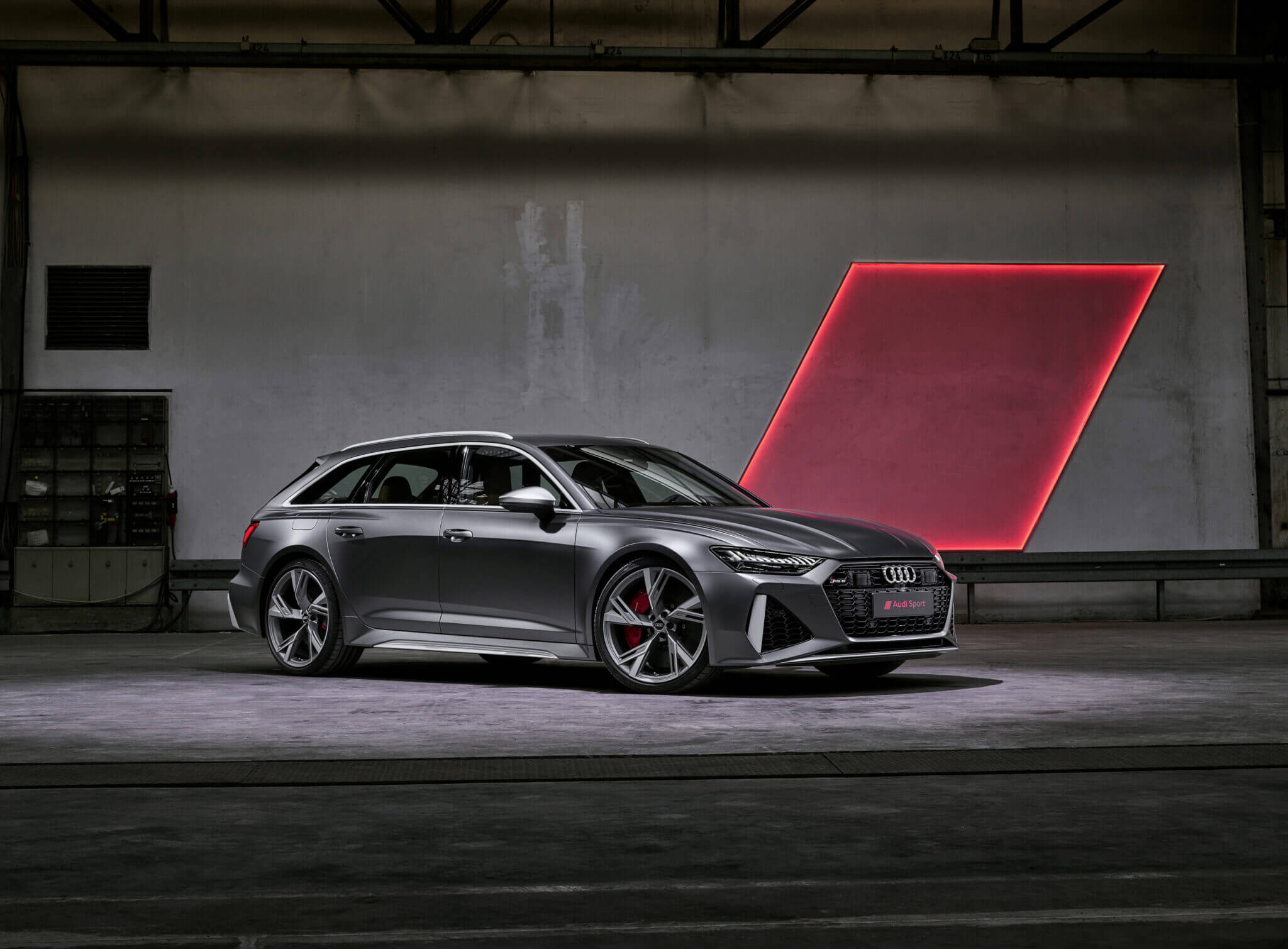 Audi has good news for fans of stupendously fast load-luggers: for the first time in the model’s history, the upcoming RS6 Avant is making the trip across the Atlantic.

North Americans have been looking longingly at the biggest longroof in the Audi Sport lineup for nearly two decades now. Sure, we got a taste of the first one — platform code C5, produced between 2002 and 2004 — but it was a sedan-only affair. Now with the reveal of the fourth-generation 2020 RS6 Avant, we’ll be able to enjoy the same package as the rest of the world.

Let’s start with the headline figures. The familiar 4.0-liter twin-turbo V8 is once again under the hood, now adopting Audi’s 48V mild-hybrid system. All in, the RS6 produces a prodigious 591hp and 590lbft of torque. All that oomph hits the four tires through Audi’s quattro all-wheel drive system, by way of an eight-speed automatic transmission. Torque vectoring and launch control are both standard, with the latter helping rip through the 0-62mph dash in 3.6 seconds. 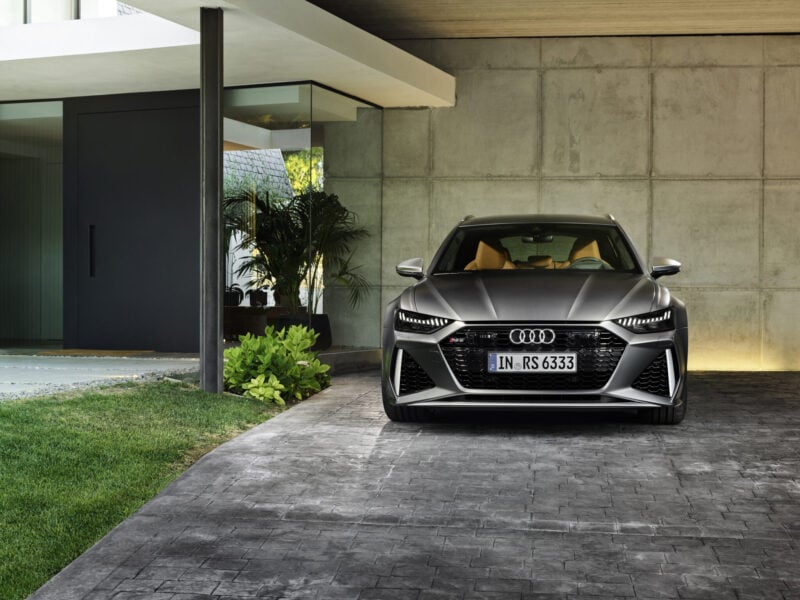 Buyers will have two options for the RS6 Avant’s suspension. As standard it comes with air suspension, capable of adapting its height based on the task at hand. Meanwhile a sport suspension with Dynamic Ride Control is also available. This driver-adjustable option uses single-tube dampers linked diagonally, a la the McLaren 720S. There’s even an option for rear-wheel steering. 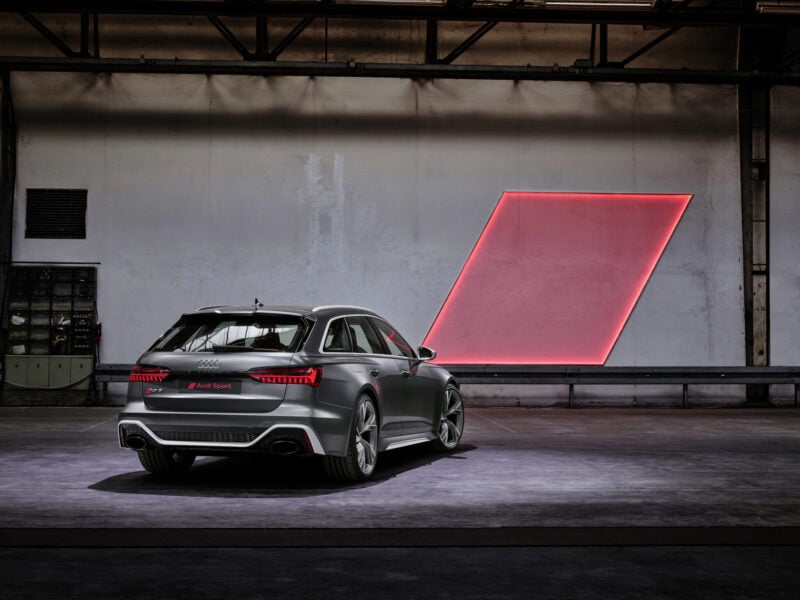 It’s all wrapped up in a decidedly handsome package. The RS6 Avant is 1.6 inches wider than the commoner A6 Avant. In fact, it shares very little with the lesser models: only the roof, front doors and tailgate are untouched. The boxy fender flares are an RS6 staple, barely containing the enormous 22-inch wheels (optional; 21s are standard). There’s a new, simpler grille treatment, with the same slit just above it as seen on the R8 and A1. A large piece of lighter trim on the rear bumper picks out the diffuser, complete with hallmark RS twin oval exhausts.

Inside the RS6 gets a unique, sportier take on the Audi Virtual Cockpit, with displays for tire pressure, power, lap times and more. Model-specific perforated leather seats are standard. 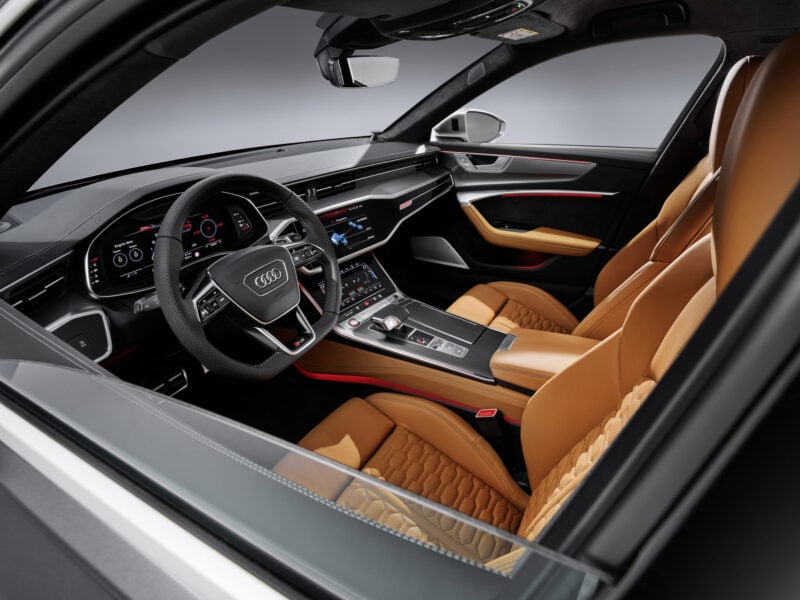 How much will potential buyers have to lay down for this uber-wagon? Audi isn’t saying yet, but the last RS6 Avant was knocking on £80,000 in the UK. Meanwhile the BMW M5 and Mercedes-AMG E63 S both just crest $100,000 in the United States. The Bimmer is exclusively a sedan, whereas the Merc covers both bodystyles.

Orders for the 2020 Audi RS6 Avant will open up in the near future, with deliveries beginning next year.

Andrew Evans · Aug 21, 2019· Comments
Gran Turismo series partner Toyota has revealed a special, limited edition version of its Toyota Yaris hatchback, which not only bears the Gran Turismo 7 name but comes with a free copy of the game and a PlayStation 5 console.

Andrew Evans · Aug 21, 2019· Comments
After it surprisingly revealed a new car at the Consumer Electronics Show (CES) in 2020, Sony has taken the covers off a second model at this year’s show — and it looks like it might be planning to build them.

Andrew Evans · Aug 21, 2019· Comments
Porsche has officially taken the covers off its Vision Gran Turismo car, designed specifically for Gran Turismo 7 when it launches on March 4.

Andrew Evans · Aug 21, 2019· Comments
MG’s specialist design center, SAIC Design in London, has created a new concept car that’s not only inspired by gaming, but a games room itself.

Michael Leary · Aug 21, 2019· 13 Comments
Although Lamborghini has now officially pulled the wraps off its latest nostalgia project, the Countach LPI 800-4, you’re already too late to buy one.

Andrew Evans · Aug 21, 2019· 21 Comments
Genesis has unveiled a trio of new racing car concepts designed in collaboration with Gran Turismo, destined to take their places in the racing game series in the near future.

Andrew Evans · Aug 21, 2019· Comments
Nissan has taken the covers off the latest model of its flagship performance car, the GT-R Nismo, ahead of its market launch later this year.