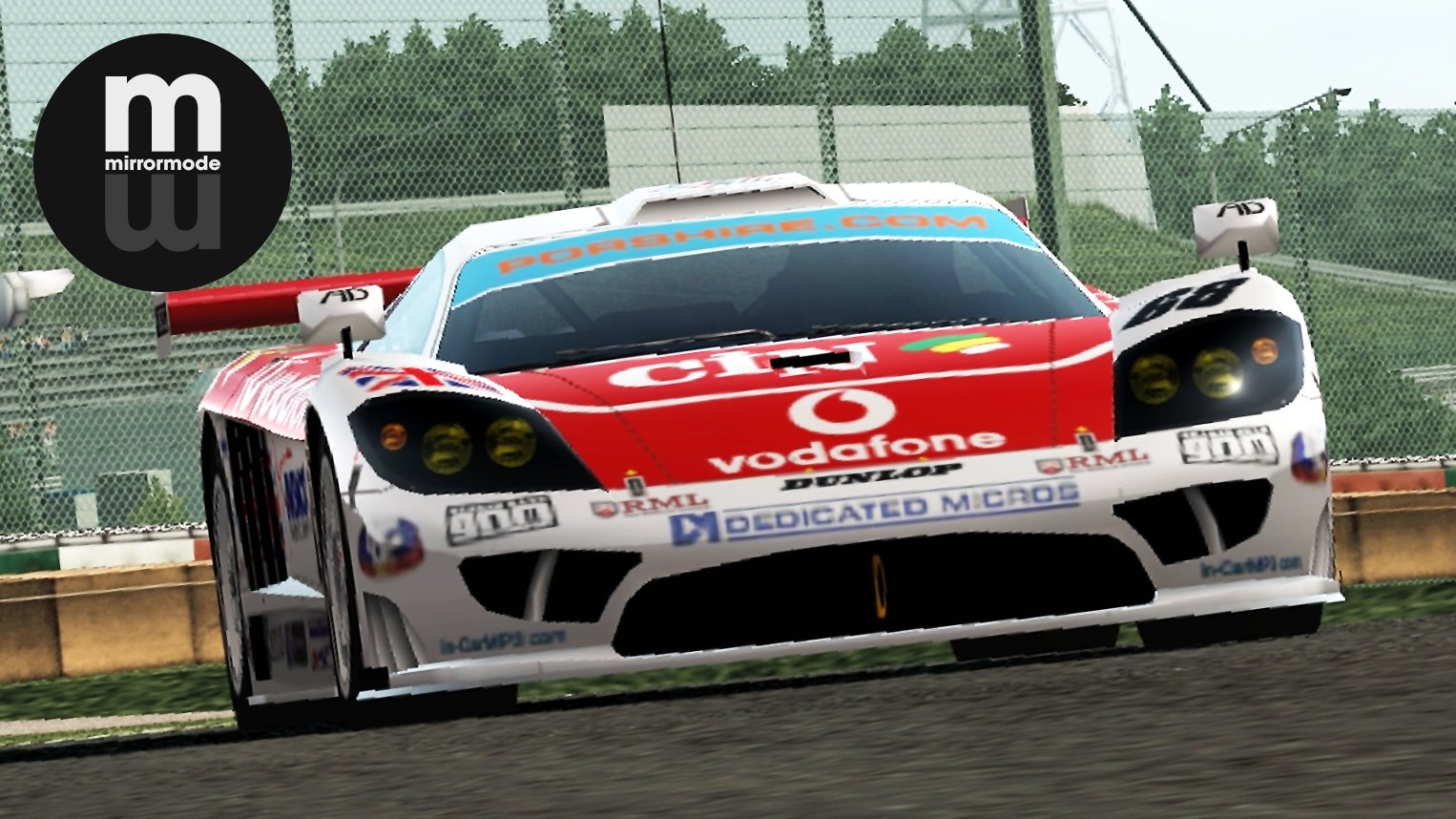 Welcome to Mirror Mode, GTPlanet’s series that shines a spotlight on retro racing games. In this installment, we take a look back at Namco’s realistic Ridge Racer reboot, R: Racing Evolution.

Today, Ridge Racer is an all but abandoned franchise, typically only referenced in jokes about ex-PlayStation boss Kaz Hirai. There’s a good reason for that: the series has been effectively dead since the launch of the Nintendo 3DS and PS Vita, when Namco rolled out two middling launch titles to hedge its bets between the competing handhelds. Shortly after, the company attempted to modernize and reposition the series with the Burnout-inspired Ridge Racer Unbounded, developed by Bugbear Entertainment, the studio better known for the FlatOut series.

None of those games were particularly successful, and the Vita release was universally panned for lack of content and overreliance on microtransactions. Namco has tried to remake Ridge Racer for different audiences numerous times, and each attempt has failed to stick. But its greatest departure, 2003’s R:Racing Evolution, was perhaps its most admirable effort.

R:Racing Evolution, known only as R:Racing in Europe, was a repudiation of the classic Ridge Racer formula that served Namco so well through the mid-to-late ’90s. The most obvious change was the shift to realistic physics, shunning the arcade stalwart’s drift-centric handling to something much more similar to Gran Turismo, albeit a little more forgiving.

But for as much as R:Racing might have seemed like a stab at a multiplatform GT3, it was actually more ambitious than that. Namco put a spin on the conventional sim with the story-driven Racing Life mode, channeling a desire to blend narrative with motorsport that dated back to 1998’s cult classic, R4: Ridge Racer Type 4.

“The designers wanted to make R a different racing experience, a different approach,” Yasuhiro Noguchi, Namco’s then-localization director, told IGN prior to the game’s release 14 years ago. “We don’t have a kitchen sink approach to having a certain number of cars. We’re not trying to compete with numbers; you really can’t keep up.”

Gameplay and delivering an emotional experience, Noguchi said, would be paramount in differentiating R:Racing from its peers. And, to Namco’s credit, it does feel like a different take; not an entirely successful one, mind you, but the intent was clearly there.

Let’s make something clear right off the bat: as you could have probably guessed, R:Racing’s campaign never took home gold at the Oscars. It’s boring, doesn’t make a whole lot of sense, and is far less grounded in reality than the story modes in Codemasters’ first three Toca Race Driver titles.

That said, the single player experience is competently designed, taking players through 14 “chapters” ranging from sports coupes to Japanese Grand Touring Cars, rally, and even Le Mans prototypes. The car count is small but expertly curated, with some surprising additions like the Alpine A110, DeTomaso Pantera, and Dome S101.

It just feels nice to play, too: the presentation is elegant, the visuals are pleasing, the physics are serviceable — if a little static – and the soundtrack is as excellent as any Namco has ever put into a racer.

Hiroshi Okubo, who led the charge on R4’s iconic acid jazz score, also contributed to R:Racing, cultivating a classy, clean, stylish atmosphere that permeates everything from the intro film to the replays and menus. A cohesive philosophy toward interface and sound design can drive up the production values of an otherwise stodgy driving sim, and R:Racing is a good example of that.

Namco was wise to avoid the numbers game, but that doesn’t change the fact that R:Racing has only six tracks, just four of which are real – Suzuka, Motegi Super Speedway, Phillip Island, and Monaco. The others are a decent fictional street circuit around Yokohama, and a humble road course in the vein of Brands Hatch or Oulton Park. There are also two rally stages, along with a head-to-head super special stage. That’s a diverse little group of venues for sure, but it was barely sufficient even back in ’03.

We’d also be remiss in discussing R:Racing without once mentioning the game’s pressure system. Used to similar effect in Milestone’s Evolution GT three years later, R:Racing’s rendition involves filling a meter that appears above an opposing car by sticking as close to them as possible. As the bar fills, the AI is much more likely to make a mistake, which usually results in running wide in a corner or failing to properly brake on entry.

It looks silly, feels silly, and came across almost as gimmicky then as it does today. When drivers bail they’ll typically say something over radio directly to the player, which only adds to the ridiculous scenario of making someone spin by getting in their slipstream for five seconds.

On its own, R:Racing is a serviceable GT-style racer, and if you were one of the unlucky souls who only owned a GameCube, it practically had the market cornered. But it would be quickly forgotten. Over the next two years, we’d be treated to the juggernauts of GT4 and Forza, as well as Race Driver 2 and 2006. That’s stiff competition, and by just about every metric (save for the soundtrack), those games are objectively better.

Still, there’s something strangely charming about Namco’s experiment, even if it probably didn’t resonate with the emotional intensity the designers had hoped for. If you long for the days when racing games had just a bit more soul than they do now, it shouldn’t disappoint.