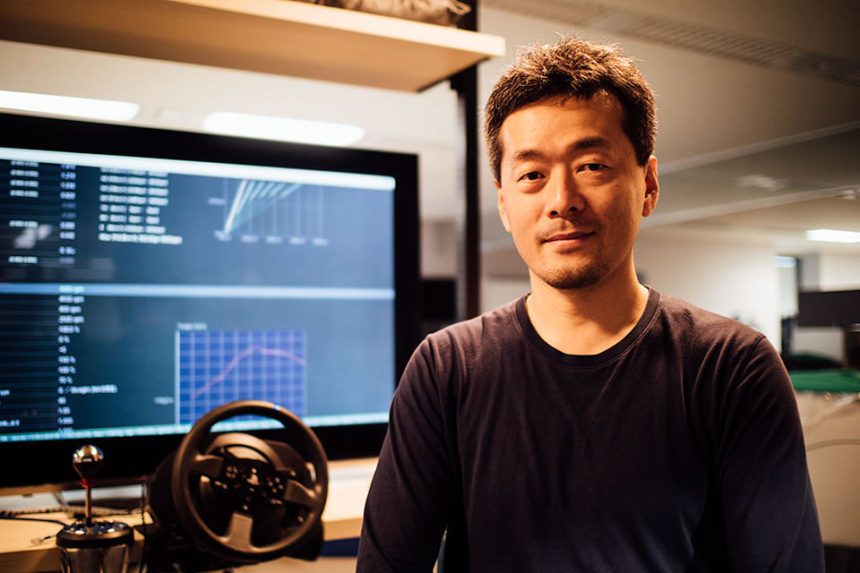 The People of Polyphony 02: Akihiko Tan 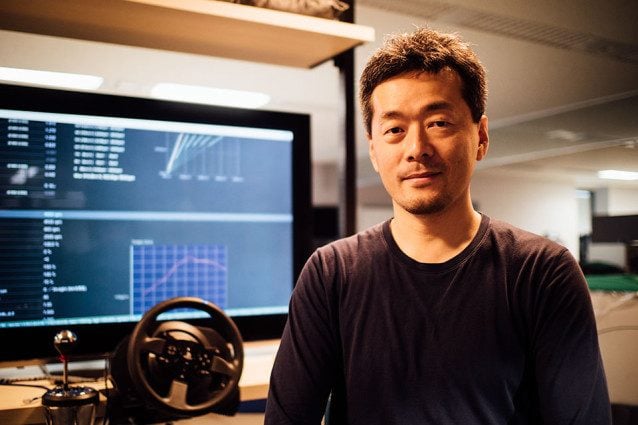 In December 2015, Polyphony updated their website, including profiles on some of the personnel. These interviews shed some light on the people behind the scenes that make Gran Turismo what it is. We offer them here in translated form, which wouldn’t be possible without the generous efforts of community member Imari.

All images, unless otherwise noted, are care of Polyphony Digital Inc.

Making a 3D labyrinth with my twin brother

My twin brother lives in Fukuoka, my hometown. When we were in primary school we were intrigued by electronics. When we were in the first year of intermediate, the electronics store in town that we used to buy parts from had a PC-8001 on display, and that set us off. We could solder together circuits to copy what we saw in books, but we weren’t good enough to plan circuits out by ourselves.

But on the other hand, we both had a natural knack for using programming languages to make a computer do what we wanted it to. Our family bought a MZ-80K2E, and my brother and I bought game magazines with code in them. We would enter them, and change them, and generally mess around. Playing around like this helped us to understand how the computer worked. Even with just the two of us, we made a 3D labyrinth.

Working as a writer for the magazine Oh!X

When I went to university in Tokyo I got an X68000. In the second half of my first year I got a C development kit, wrote a ray tracing program and took it to a magazine called Oh!X. Looking back on it now, that was a turning point for me.

The program itself was rejected, but it got me a job in the editorial department writing articles on various topics every month. While physical simulation was among the topics I wrote about, I spent most of my time writing about things like polygon renderers, anti-aliasing, and graphics engines.

This led to stories on how to make these kinds of programs. The magazine introduced readers into the mindset and thought patterns of how to make programs, developing the reader’s programming skills. 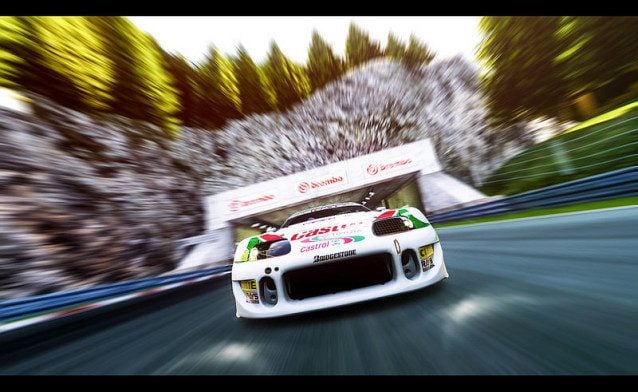 During my later years at university I came across “Indianapolis 500: The Simulation” on Amiga. It had a profound impact. I had to use a trackball to control the steering wheel, as modern steering wheel controllers didn’t yet exist, nor anything like force feedback. But nonetheless, the sensation of driving was remarkable. Even the apparent lack of responsiveness when the car understeered.

Even today, the F1 simulation “World Circuit” (also known as F1 Grand Prix by Geoff Crammond) and “Hard Drivin” on the Amiga are benchmarks for my work. At the time, the X68000 that I was using specialised in 2D, and 3D could only be done by using software to have the CPU write to the frame buffer.

In my excitement I thought that even I could get some sort of 3D game working on the X68000, but the difficulties with hardware performance were too much for me.

3D could only be done on a workstation, but then home consoles arrived.

When the time came to look for a job, I went to the university registrar’s office knowing that I wanted to work in computer graphics. One of the older students referred me to a research laboratory where he worked. For the first two years I worked in the numerical computation section, using finite elements to simulate heat conduction and the like. After that, I got the opportunity to transfer to the CG section, and for the first time laid my hands on a Silicon Graphics workstation. It was very exciting. I was working on environmental mapping, using equipment worth hundreds of thousands of dollars.

Even though I had a job, I kept writing for Oh!X. One day I heard someone say “Here’s our top student”. That was Yokouchi*. He had managed to pull off a real time 3D rendering engine on the X68000 where I had given up. In 1993 the two of us started a series of articles called “Hardcore 3D Ecstasy”. They were double articles; I would write Part A about vehicle simulation, and Yokouchi would write Part B about 3D graphics. 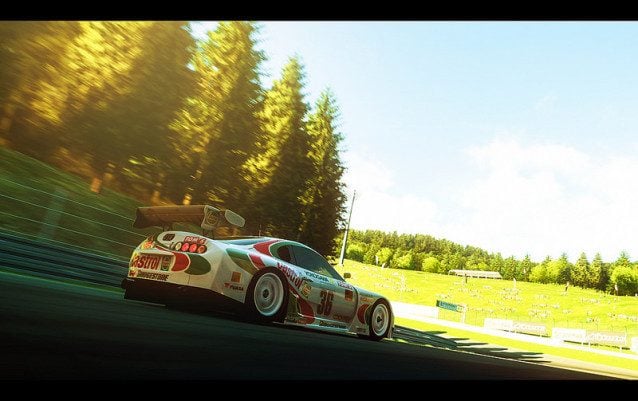 Yamauchi got in contact with our editorial staff after reading those articles, and for the first time I found myself in a meeting with the editors with Yokouchi beside me. Yamauchi immediately made a strong impression, I still remember how his visions for the future enthralled me.

Later, I was taken on a tour of the the offices where they were producing Motor Toon Grand Prix. I saw them using 3D graphics on a home console. I was fascinated. “That looks really interesting to work with!” I thought to myself. I thought that these things could only be done on hundred thousand dollar workstations, but it was clearly possible on a home game console. I joined development near the end, but the behaviour of the cars (characters) in Motor Toon Grand Prix was written by me.

The birth of new physics for Motor Toon R

The previous behaviour was that the characters would turn in the direction that the steering wheel was turned, just like in real life. For Motor Toon R, I went back over what were the basic physical processes happening during cornering, and reviewed the fundamental algorithms. It was a risk whether this would turn out well or not, but the result was that when the steering was turned to the right, the characters wouldn’t necessarily turn to the right. Depending on the situation, it was possible to make them drift.

Motor Toon Grand Prix 2 had a separate mode dedicated to drifting that used this system. For there I made great progress, and had a moment of clarity where I saw how to authentically simulate the movement of a real car in a single mode. 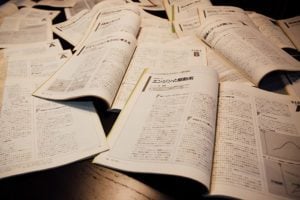 And so, onward to Gran Turismo

A number of fortuitous things happened. For example, I took inspiration from a hovercraft character that happened to be included in Motor Toon Grand Prix 2. Because it’s a fantasy character in a fantasy world it happens to be an alien riding a spaceship, but the lineage remains.

As Motor Toon R took shape, at the same time Gran Turismo was being developed along the same principles. The expectation for Gran Turismo was to have more than a hundred cars with tuning available, and to have those driving on a circuit giving the impression of realistic behaviour seemed impossible.

If I took the technical specifications for each car and entered them one by one, then the result would be that the cars would tend to naturally behave in generally representative ways. This was my mindset for how I intended to progress the physics from Motor Toon R to Gran Turismo.

Particular cars would require small amounts of fine tuning for unusual interactions, but in general all the cars fundamentally used the same behaviours. Ultimately, the goal is to reproduce behaviour accurately from technical values, to create a system that is independent from the specific characteristics of any particular vehicle. Although things like the Vision Gran Turismo cars can use propulsion methods that have never been used before, and so some car specific interactions still exist.

It’s an ideal ground for pursuing my vision. A game is a product, so we have release dates and deadlines, but wherever possible I get as much time as I need to do things. In developing physics, reasoning and justification is extremely important.

When I enter the technical specifications for a car and it doesn’t behave as expected, it’s tempting to use my experience to add in hacks to make it behave as it should. But wherever possible we try to avoid that.

Of course, there are a few computationally expensive models as well, but even those have justifications. I think that even the people not involved in the vehicle simulation, in fact most of the company, understands that.

Having said that, I don’t feel that we’re restricted. Our goal is that aesthetic sense of “what is a car?” 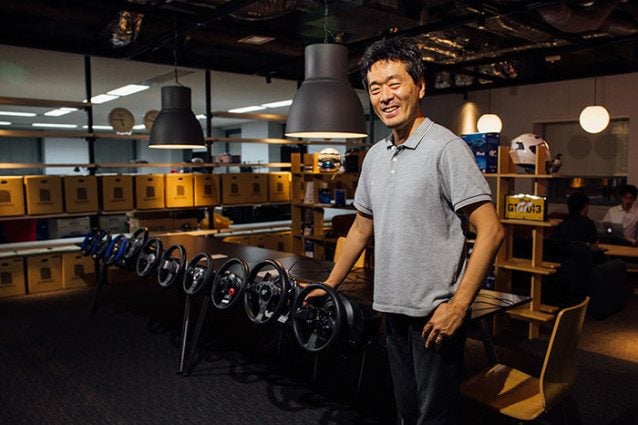 How do you recruit Car Simulation Development Engineers?

They should love cars and driving, and be enthusiastic to explore and understand the differences between many kinds of cars. Naturally, they should have programming skills. The data that we receive from the automobile manufacturers is not always complete, so they should be able to make reasonable estimates for missing data, and communicate with the car developers to make adjustments. The scope within the field is endless, and so there needs to be a desire to learn things that they didn’t know before.

Also, steering wheel controllers are a unique kind of device. In a real car, you turn the steering wheel and the rubber in the tyres twists, immediately producing feedback. But in a game, the latency induced by communicating over USB and the tick rate of the simulation reduce steering feel.

This field of expertise is still developing and research is ongoing, and so we’d like to find someone who can work with us to build the future of Gran Turismo.

Thank you to Imari for providing the translation!