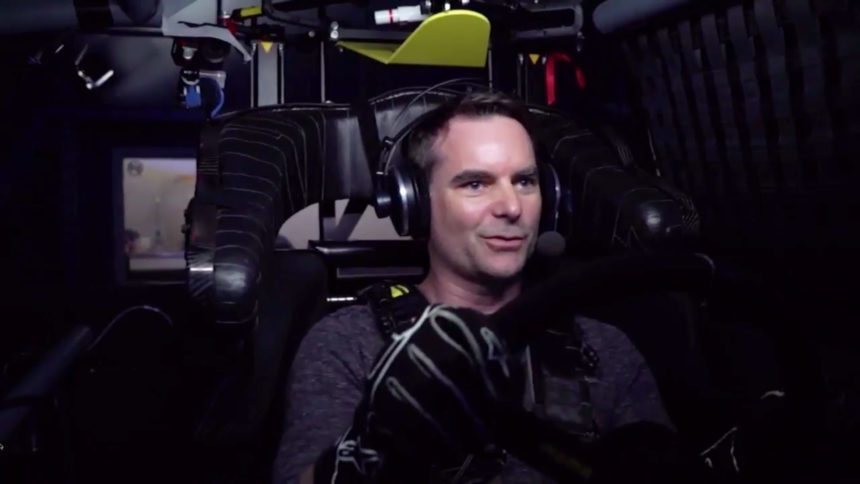 Watch Jeff Gordon Take a Spin in a Simulator

Jeff Gordon — the man who coached players through Gran Turismo 5’s NASCAR School and is seen as one of the greatest racers in the sport — has learned what the big deal is about racing simulators.

In 2016, Gordon raced as a temporary driver due to Dale Earnhardt Jr.’s injuries. This came eight months into his retirement, so some re-familiarization with the car’s setup changes was needed. That’s where the simulator came in.

The first time Gordon used a simulator was in 2015. Using Chevrolet Performance’s Driver-in-the-Loop simulator created by Ansible Motion (which appears to be running on an ISImotor-based game such as rFactor 2), he took the 2016 NASCAR Sprint Cup Series Chevrolet SS for a couple laps around Pocono Raceway. Along the way, Gordon remarks how realistic the simulator is. Things like the car’s movement, bumps on the track, and driving line all make the experience true-to-life for him.

Utilizing the simulator as a training tool seems to have been well worth it, at least for Gordon. Out of eight races in the 2016 season, Gordon had an average finish position of 13.9 and even made it up to 6th place once. That’s not bad for a substitute driver!

What makes these sophisticated simulators so valuable to racing teams is how easy it is for engineers to analyze the performance of the car and driver. Improvements are made without difficulty in the virtual world, instead of spending time and money on the track.

Gran Turismo fans are very familiar with the concept of using the virtual world to advance in the real one. GT Academy grads Bryan Heitkotter and Nick McMillen both spoke about how important simulators are in driver training last year.

What do you think of simulators? Are they a viable alternative to testing in the real world? Is a PlayStation just as useful (as Lewis Hamilton believes)? Or should drivers just stick to the real deal? Let’s hear your thoughts.

ChevroletJeff GordonMotion SimulatorsNASCAR
1 Comments Discuss this post in our forums...
Can You Beat the Impossible Gran Turismo Quiz?