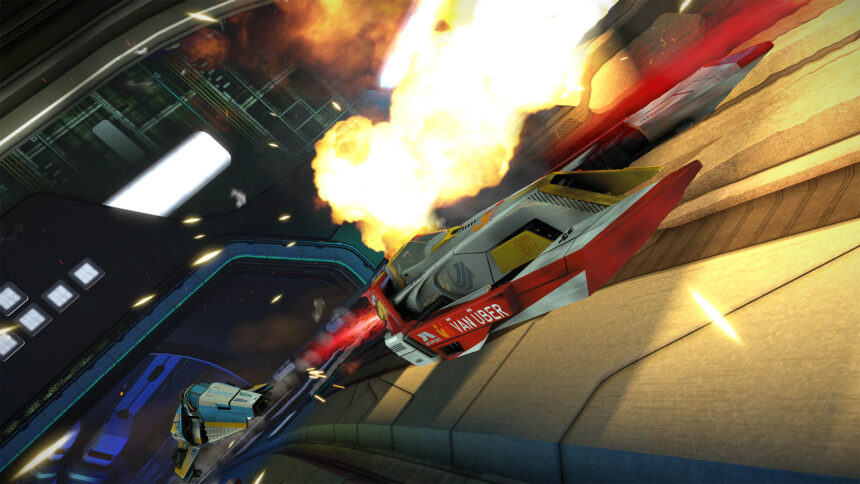 WipEout Omega Collection is Now Free for PlayStation Plus Subscribers

Need a little bit of ultra-high-speed, anti-gravity racing in your life? If you’re a PS4 player, you’re in luck, as WipEout Omega Collection is free for the month of August.

As the title implies, this deal is available only to those that are a part of the PlayStation Plus program. Omega packs in all the content from the two previous entries in the franchise: WipEout HD — including its Fury DLC expansion — and WipEout 2048. Everything gets a visual overhaul to take advantage of the PS4’s power though, with high-def textures paired with the quick 60fps framerate. Omega also includes HDR support for those with the setups to showcase it.

What’s more, a free patch last year introduced PlayStation VR support. A first-person view of a ship flying along at more than twice the speed any sim racer is capable of? Sign us up.

You’ll have all month to download the game, with its freebie status likely disappearing on the first Tuesday of next month (September 3). It isn’t the only free racing title this month either: Forza Motorsport 6 will be free for Xbox Live subscribers starting mid-month too. Happy racing!

Playstation Plus
26 Comments Discuss this post in our forums...
Can You Beat the Impossible Gran Turismo Quiz?

Gran Turismo Sport 27 Feb 18 by Andrew Evans
Polyphony Digital boss Kazunori Yamauchi has revealed some interesting facts about the relationships between Gran Turismo and the car manufacturers who appear in the series. Speaking to Australian media in…