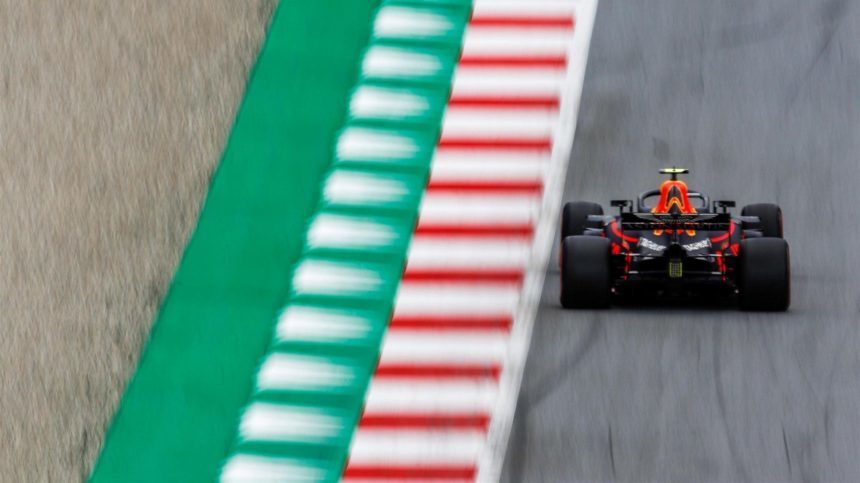 If you were expecting a shakeup of the establishment for this weekend’s Austrian Grand Prix, well, that’s too bad. Qualifying for tomorrow’s race mirrors that of last year’s results, almost to a tee.

Valtteri Bottas sits on pole for Mercedes, his first of 2018. Bottas set things in stone on his final run during Q3 with a time of 1:03.130. This is the third consecutive start on the front-row for the first time in his career. Moreover, it’s the first time the Finn has repeated a result at the same track, a repeat of 2017.

Behind him is teammate Lewis Hamilton in second, 0.019s off Bottas’ pace. Stuffing it on his first run through Turn 3, it set the tone for tomorrow’s race. While the closing moments of Q3 came down to a battle between the two, the Briton didn’t have an answer for his teammate. 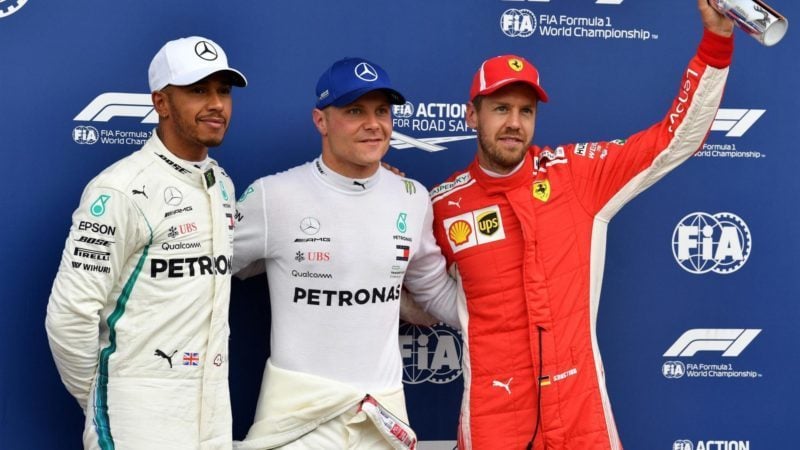 Taking the final spot on the podium is Ferrari’s Sebastian Vettel. Also making a mistake on his first Q3 run, his initial position was seventh. He would jump to third on the grid ahead of his teammate Kimi Raikkonen on his final run. Unfortunate then that thanks to a grid spot penalty, he’ll start from sixth tomorrow.

The Ferraris start tomorrow on the ultrasofts, while the Mercedes duo starts on the softs. With Vettel’s penalty, Kimi Raikkonen moves into third for the team. Holding a grip advantage off the line, Raikkonen could split the Mercedes team — hopefully better than Vettel managed last weekend. If it’s one thing 2018 has taught us, the first corner is poised for chaos tomorrow.

Starting from fifth is Max Verstappen for Red Bull. Like the previous year, Red Bull couldn’t take the fight to Mercedes or Ferrari. Verstappen was able to out-qualify teammate Daniel Ricciardo however, who’s down in seventh. Nothing is ever set in stone in F1, and things could swing to Red Bull’s favor at its home race. 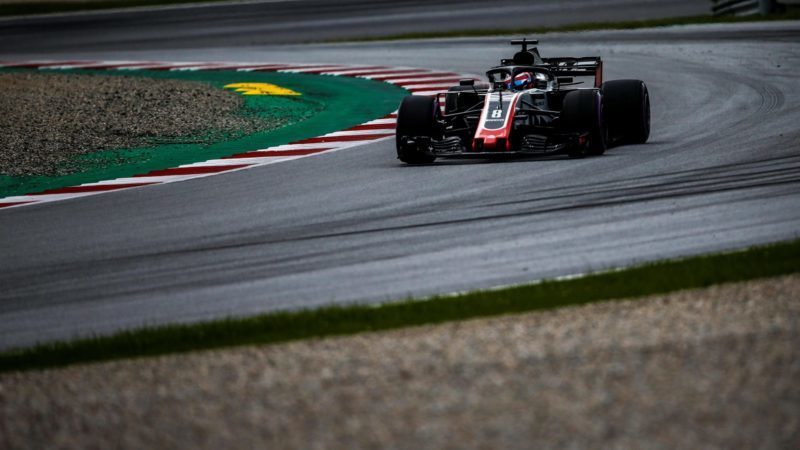 There was a bit of tension at Red Bull with Ricciardo more or less calling it quits, and told to “get on with it”. This will be the third consecutive race where Verstappen has out-qualified his teammate.

In sixth is Haas driver Romain Grosjean, an impressive result for the team. He set a blistering time of 1:03.892 on his first run, splitting up the Red Bull drivers as a result. This result also mirrors that of last year’s — more than a strange coincidence at this point.

Grosjean’s teammate Kevin Magnussen starts tomorrow’s race from eighth. For those keeping score, this is the first time both Haas cars have made it into Q3 since the team debuted in 2016. Rounding out the top 10 is the Renault pairing of Carlos Sainz Jr. and Nico Hulkenberg. 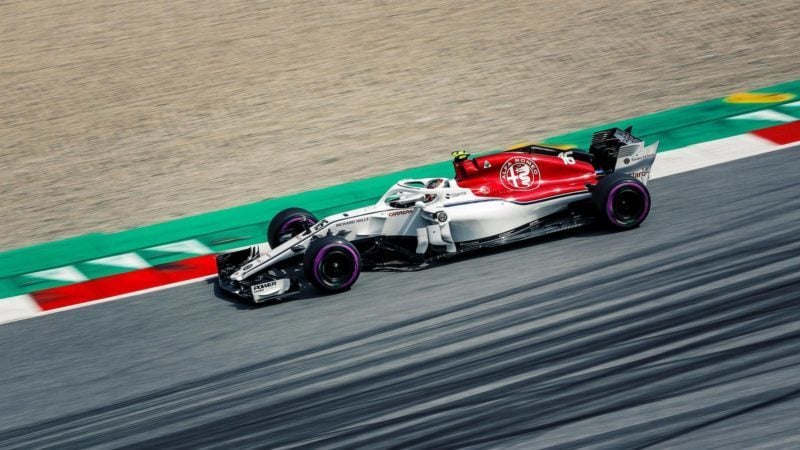 Sauber rookie Charles Leclerc continues to impress. He becomes the first driver for the team to make it into Q2 twice in a row in the V6 hybrid era. He’ll start tomorrow’s race from 18th with a five-place penalty for a gearbox change.

While knocked out, Williams’ Lance Stroll made it into Q2 for the first time since Baku. Esteban Ocon and Sergio Perez failed to reach Q3 for Force India. McLaren also continues to struggle with both drivers on the tail end of the top 15. 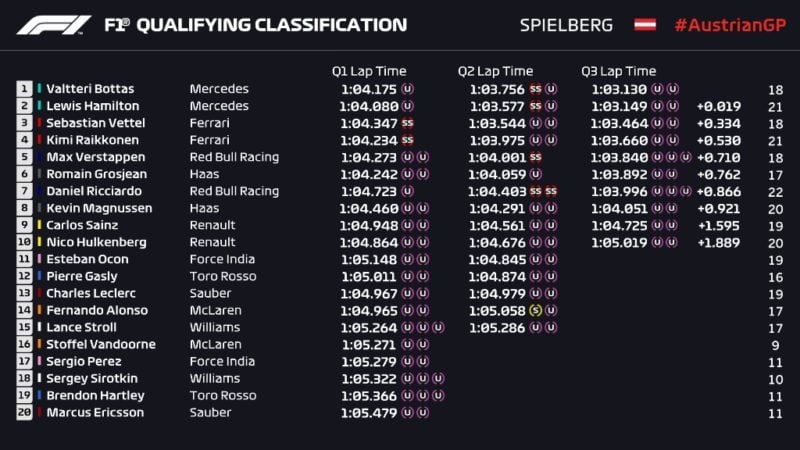 F1 2018 Season
304 Comments Discuss this post in our forums...
Test Your Badge Knowledge With Our Car Logo Quiz