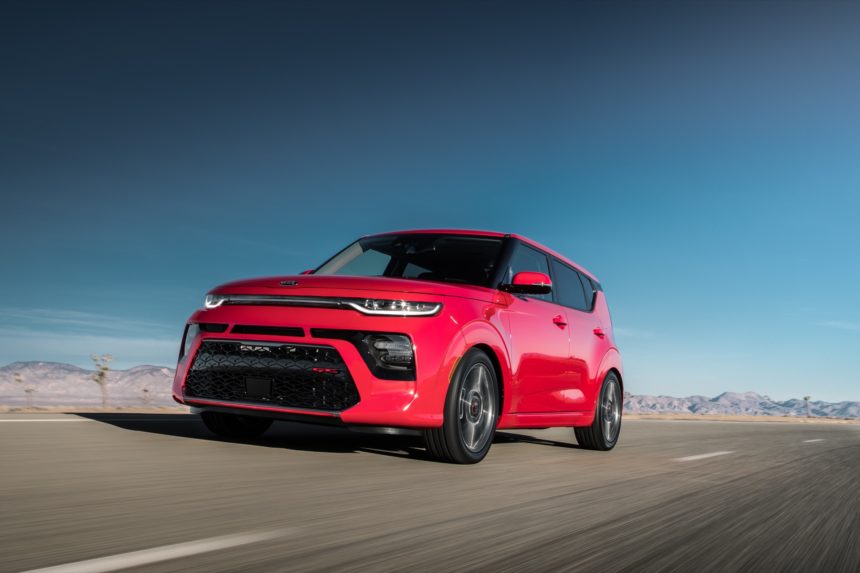 With new compacts from Mazda and Toyota, Kia had a small vehicle reveal of its own at the LA Auto Show. Meet the third generation Soul.

It’s hard to believe the Hamster-mobile is already on its third generation. The new model looks to keep the same focus on design however, with a funky new look that’s more expressive than what’s come before.

The furrowed brow up front emphasizes the width of the Soul. Around back are probably the largest taillights we’ve seen on a production car, encircling the tailgate while keeping the trademark “Island” feature from the previous generation. The Soul also adopts the blacked-out rear pillar trend — Kia says the airplane wings are the inspiration.

Overall length is up 2.2 inches, with 1.2 of that going to the wheelbase. Width and height are admirably unchanged, at 70.9 and 63 inches, respectively. 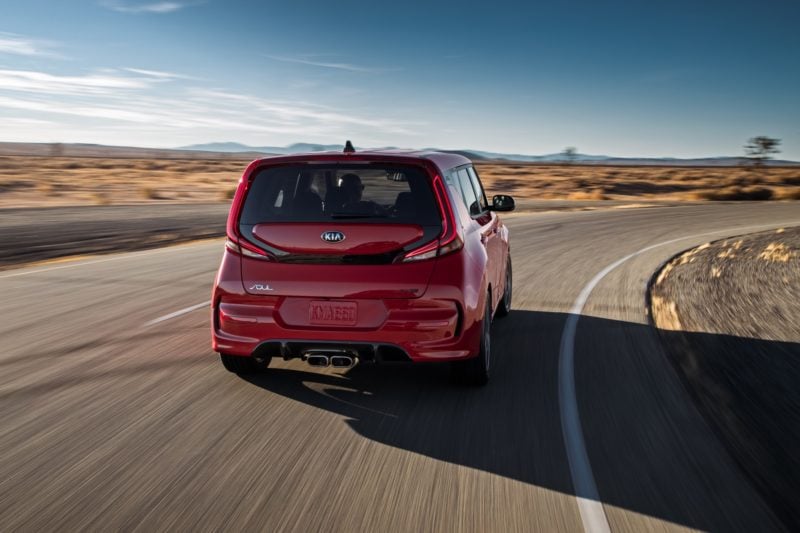 A pair of centrally-mounted exhaust tips hint at the sportier GT-Line trim. The base car gets a 2.0-liter nat-asp four, but this red model comes equipped with the 201hp 1.6-liter turbo engine. Both engines are familiar from the new-shape Veloster, though there are different transmission options in Kia’s style leader. The base engine hooks up to either a six-speed manual or Kia’s new Intelligent Variable Transmission (IVT, or rather, CVT). The turbo sadly won’t be available with the Veloster’s slick-shifting six-speed; only the seven-gear dual-clutch unit.

Inside the 2020 Soul will show up with a 10.25-inch touchscreen with split-screen function. The usual Apple CarPlay and Android Auto will be available, and rather handily, two Bluetooth devices can be connected simultaneously. Kia is also proud of the new model’s mood lighting system, with eight options including “Hey! Yo” and “Romance”. No, we’re not kidding.

Of course, there will be a whole suite of driver assistance acronyms like FCA (Forward Collision Avoidance) and DAW (Driver Attention Warning).

The GT-Line will be one of six trim levels for the 2020 Soul. Other standouts include the new X-Line, featuring quasi-offroader stylistic changes, and the Soul EV. It matches the turbo’s 201hp, but makes 291lbft. Power comes from a liquid-cooled lithium-ion polymer 64 kWh battery. 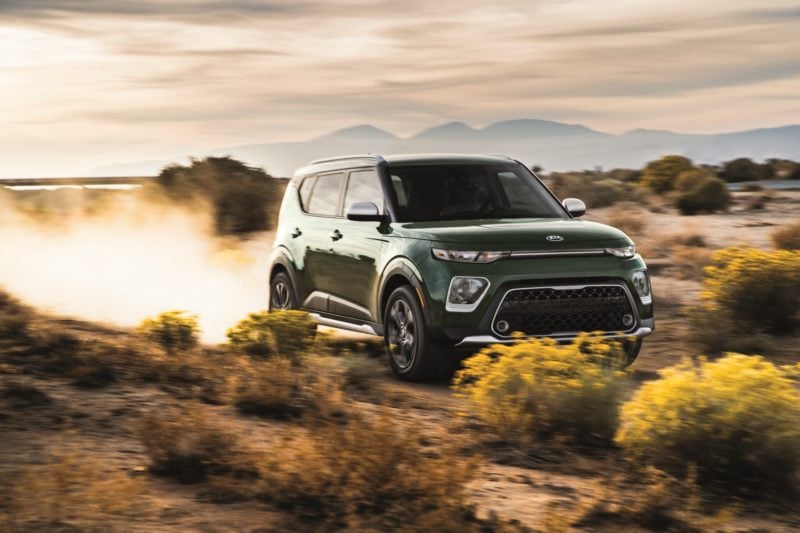 As other boxy models have fallen by the wayside — Scion’s xD (and the entire brand), Nissan’s Cube, Honda’s Element — the Soul has proven remarkably resilient. Orth Hendrick, exucutive director of Car Planning and Telematics, was understandably bullish on the new model’s future:

“The Soul has been a massive success since its introduction to the U.S. market, blowing its (now defunct) rivals out of the water and establishing itself as an automotive icon with its fun-loving character and eccentric style. Even with an entirely new generation of competitors now crowding the marketplace, we are confident the all-new Soul will once again prove to be a tough contender given its unparalleled style and impressive level of invigorating technology and customization options.”

The new Soul is expected to go on sale early next year. Here’s hoping for a rodent-filled model to show up during a certain half-time show…

KiaLA Auto Show 2018
17 Comments Discuss this post in our forums...
Test Your Badge Knowledge With Our Car Logo Quiz