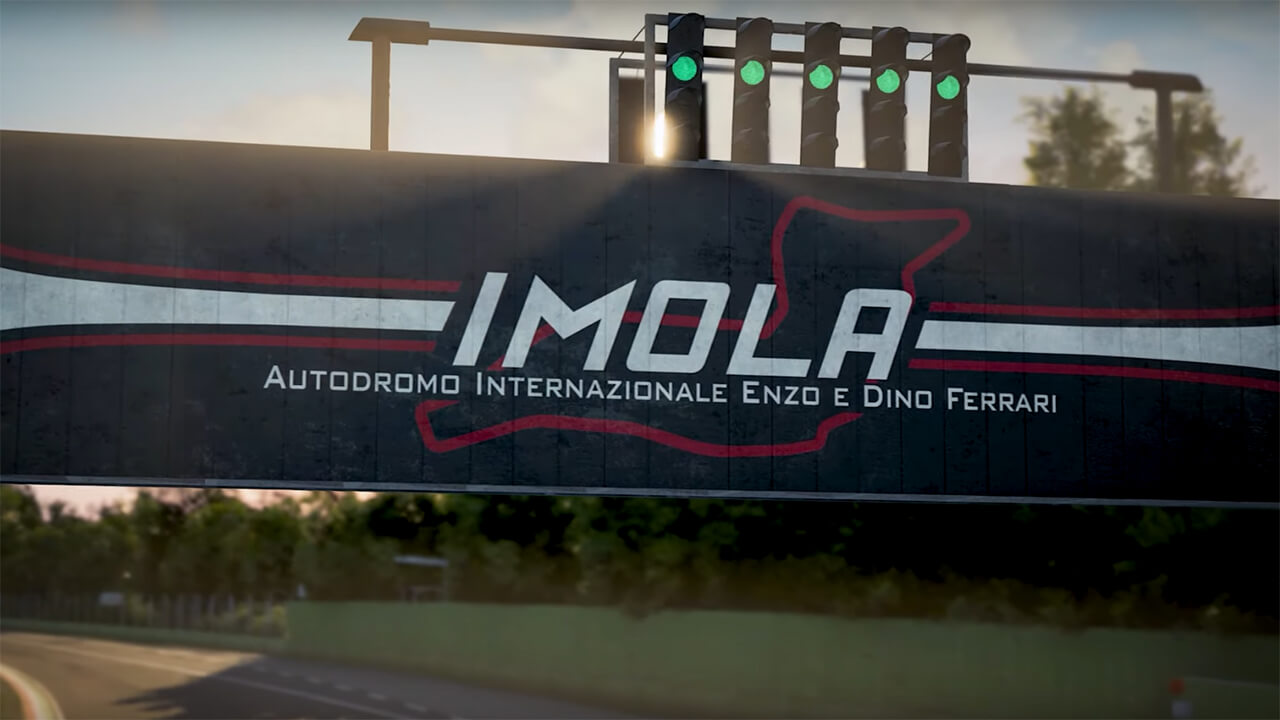 Those of you who play Assetto Corsa Competizione on PC are in for a treat this month, as the latest DLC pack arrives. It’s known as the “2020 World Challenge Pack”, and it brings almost all of the extra content applicable to this year’s rather odd-looking championship season.

As you can probably tell from the image up top, that starts with the opening race of the 2020 season. Thanks to the prevailing conditions this year, the Imola circuit — officially named “Autodromo Internazionale Enzo e Dino Ferrari” — filled in for some postponed and cancelled events, and hosted the first race in the GT World Challenge Europe, in July.

Imola was one of two circuits on the calendar not already in the game, so this DLC fills in that important blank. However players wanting to recreate the 2020 season in full will have to wait a while, as the Kunos team hasn’t been able to visit Magny-Cours — for pretty obvious reasons.

In addition there’s two new cars which raced in the 2020 season. Players who pick up the pack will receive the 2020 models of the Ferrari 488 GT3 EVO and Mercedes-AMG GT3 Evo. There’s also the relevant Balance of Performance (BOP) calculations for the new season. The DLC pack will also bring all 60+ of the official 2020 World Challenge liveries.

One extra bonus in the DLC pack is a newly modeled tire. Pirelli supplied its DHE tire to the grid at last month’s Total 24 Hours of Spa, and the tire now makes its virtual debut in Assetto Corsa Competizione.

Kunos will make the 2020 World Challenge Pack DLC available later this month, in concert with the free v1.6 game update. There’s no pricing available for this pack just yet, nor word on when it will arrive on consoles. We’ll update you as we learn more.