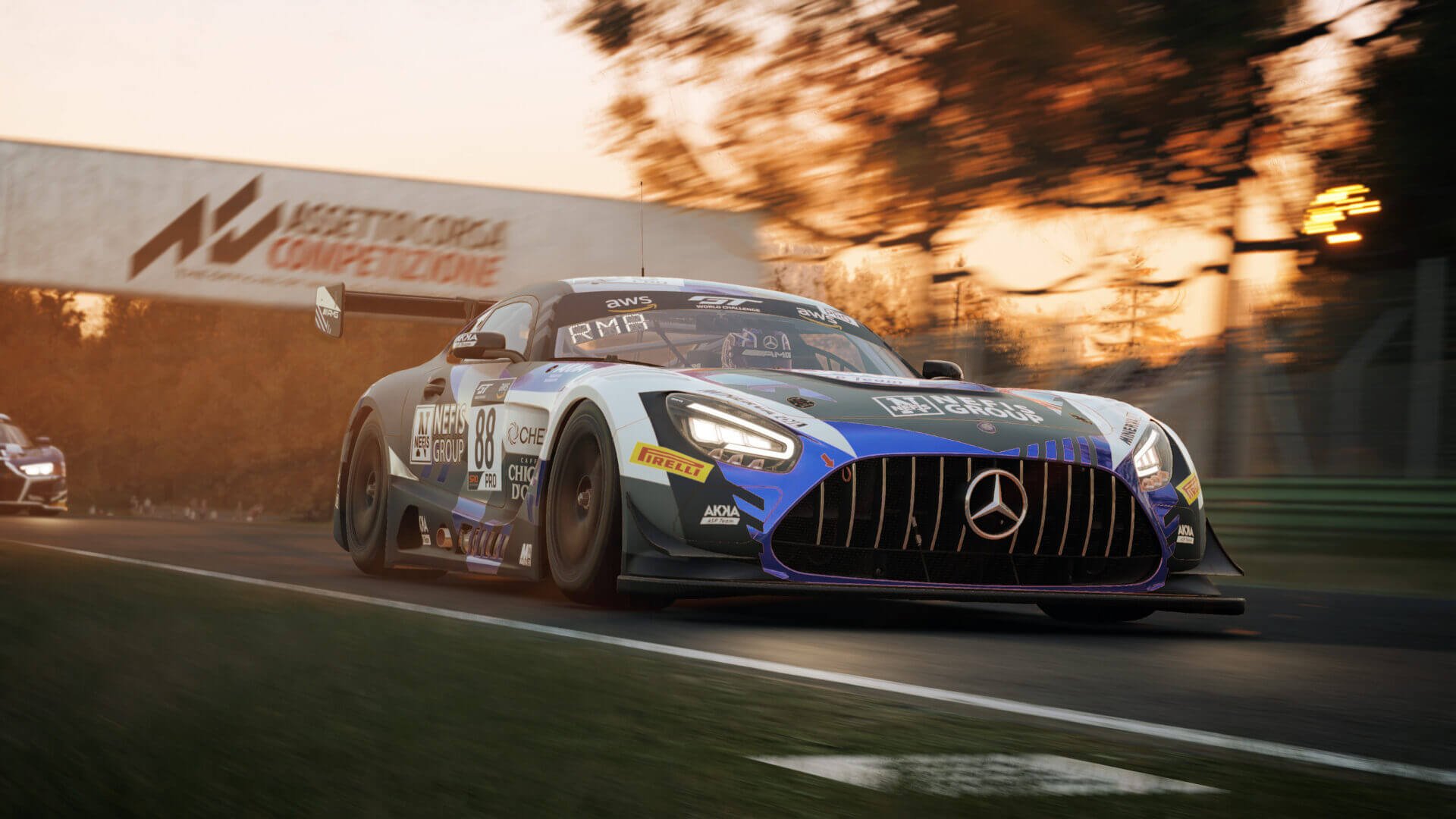 The latest DLC pack for Assetto Corsa Competizione has arrived today on PC, bringing the game almost completely up to date with the real world.

This new pack, the “2020 World Challenge Pack”, adds in just about all the extra content that players will need to simulate this past season of the physical championship on their PC.

Like so many other racing championships, the GT World Challenge was heavily affected by events this year, and that meant rearranging the calendar. Rather than starting the season in Monza, as originally planned, nearby Imola filled in, and this track is not included in ACC originally.

The 2020 World Challenge Pack corrects that, bringing “Autodromo Internazionale Enzo e Dino Ferrari” to the game for the first time. In addition, the championship visited Circuit de Nevers Magny-Cours, which is also not in ACC, but the Kunos team were unable to visit the track — for the same reasons — in time to capture it properly for this DLC pack.

To go with the new track, the 2020 World Challenge Pack also brings along two new cars. These are the 2020 models of the Ferrari 488 GT3 EVO and Mercedes-AMG GT3 Evo, which raced for the first time this year. There’s updated 2020 Balance of Performance (BOP) calculations to include these cars in the 2020 game modes.

As you’d also expect, the DLC pack will also bring all 60+ of the official 2020 World Challenge liveries. An unexpected twist is a new tire model. The Pirelli DHE tire made its debut in October, during the Total 24 Hours of Spa, and the tire now appears virtually in ACC for the first time.