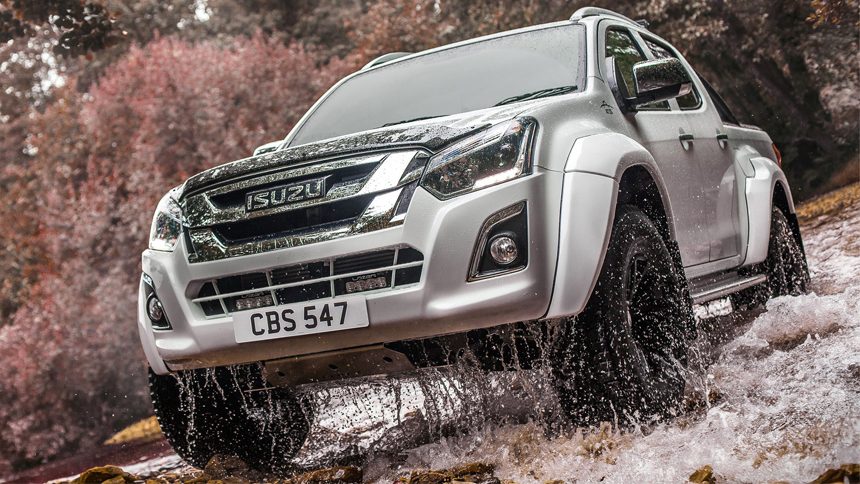 A land of fire and ice doesn’t sound like a place that many folks want to live. Intense geothermal activity, blankets of snow, and brutal terrain make for a harsh environment for sure.

Not exactly the ideal place to foster a thriving car culture then? Well, the people of Iceland would disagree, and they went about it in the most Nordic way possible.

Icelandic style trucks, or “Super Jeeps” as the locals call them, are some of the wildest off-road vehicles around. They need to be too, given the terrain they encounter on an average day of four wheeling.

The trucks typically receive very little in the way of a lift, unlike off-road rigs in the US; owners often only add three inches of extra suspension travel. This keeps the truck’s center of gravity lower, and makes them more stable over rough terrain.

However, in order to fit the massive tires, some up to 42-inches tall, the trucks will need several additional modifications. It’s common to see owners moving the suspension forward and cutting away the fenders, allowing for the most space possible in the smallest package. This can give the trucks an odd look, but one that is definitely cool.

While many Icelanders build their own rigs, there are several shops on the island that will create a truck for you. Probably the most well-known of these shops is Arctic Trucks based in Reykjavik. 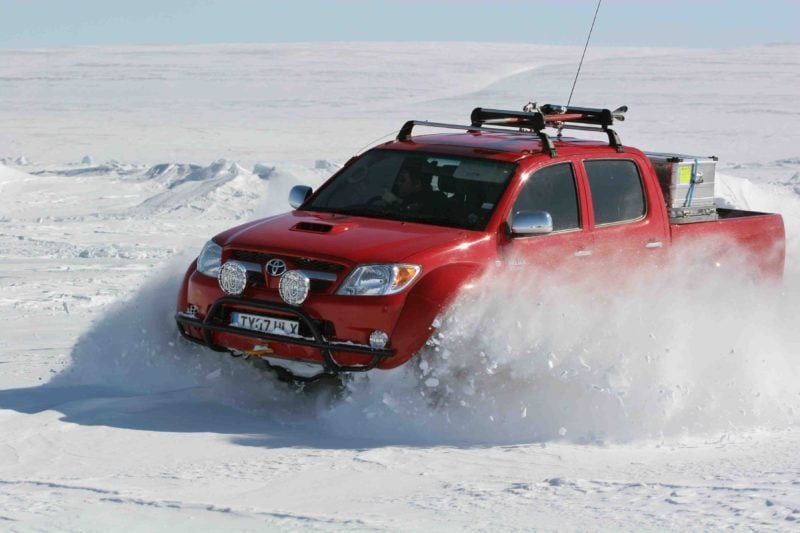 You may remember Arctic Trucks as the company that built the Hilux for Top Gear. That vehicle survived a drive to the magnetic North Pole, and up the side of Iceland’s active Eyjafjöll volcano. It’s also the same company that brought you the AT38 in Forza Horizon 3 and the upcoming Forza Motorsports 7.

Arctic Trucks has a pretty cool history too. It started life as Toyota Aukahlutir, an engineering sub-brand of Toyota of Iceland. Its primary focus was modifying the Hilux and Land Cruiser for customers who wanted something to tackle the harsh terrain. By the mid-90s, Toyota Aukahlutir was modifying nearly 70% of Toyota 4WD vehicles before delivery in Iceland.

Due to its success, it formed a standalone company in 1996, as Arctic Trucks. This allowed the company to turn its sights on a broader range of vehicles. These included the Jeep Wrangler and several full-sized American pickup trucks. The company has since expanded to include Nissan and Mercedes-Benz vehicles.

Today its primary offerings are still Toyotas — Hilux, FJ Cruiser, Land Cruiser, and Prado — but recently it took the wraps off a new design for the Isuzu D-Max. Dubbed the AT35, the truck is available for purchase through UK Isuzu dealers just like any other vehicle. 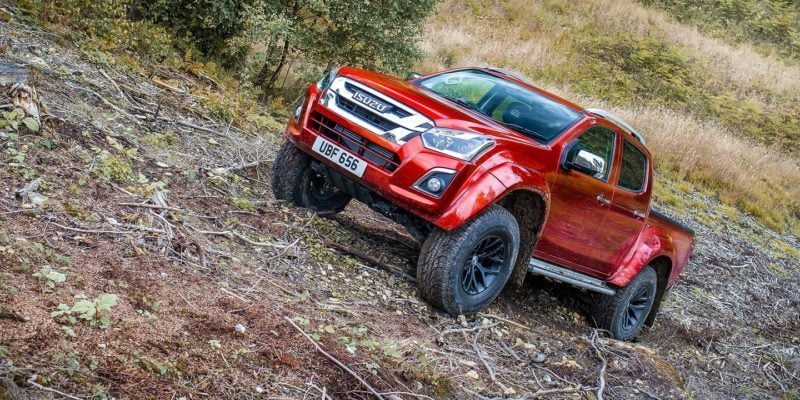 The drivetrain of the AT35 stays similar to the standard truck. It uses a 1.9-liter diesel engine good for 163hp and 265lbft of torque. Gear changes happen through a six-speed manual or five-speed automatic. It’s fairly standard kit for a non-US truck.

Where the Isuzu AT35 really shines though is with its suspension. With nearly a foot of ground clearance, it gains two inches over the standard D-Max. Approach and descent angles are also wider to help owners conquer any obstacle.

The tires are massive, in true Arctic Truck fashion. Sporting 17-inch 315/70 Nokian Rotiiva rubber, the AT35 uses the same size tires found on the 2017 Ford Raptor.

Starting around $50,000, the AT35 is reasonably priced compared to other factory built off-road rigs. That’s a fairly mild price by Arctic Truck standards. If you want a more top-of-the-range rig, get out your checkbook — many of the Arctic Trucks run upwards of $100,000, on top of the base price of the truck.

By comparison, the Isuzu is a steal!