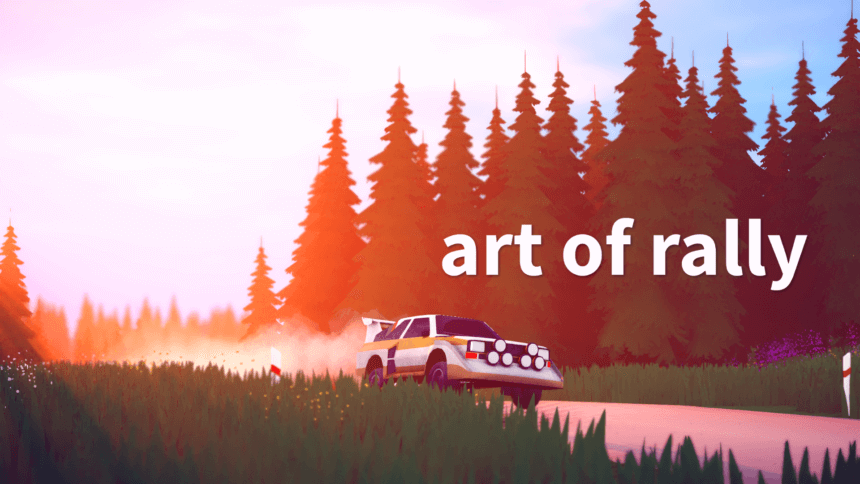 Fans of classic rally action have something unusual to look forward to this month, as art of rally arrives. It’s a second driving game from independent developer Funselektor, following up on 2015’s Absolute Drift, and uses the same novel graphical style.

The game resembles a papercraft universe. All of the vehicles and environments look like they were cut out of a single sheet of paper, and folded and glued into their 3D shapes. It’s an interesting, and minimalist, approach to graphics which creates a unique look in a world where other games are pursuing visual fidelity.

As for the content, it looks like a rally fan’s dream line-up. Funselektor — also known as Dune Casu — has created a list of over 50 rally cars dating from the 1960s through to the 1990s, covering one of the most famous, and most dangerous, eras of rally: Group B.

While early trailers appear to indicate that the cars might not bear their official names, players will nonetheless get to take to the wheel of icons like the Ford RS200, Lancia 037 and Delta S4, Metro 6R4, Peugeot 205 T16, and Audi Sport Quattro S1. The car list also takes in some older, but no less famous cars. The Alpine A110, Ford Escort Mk2, and even the original Mini all make an appearance.

According to Funselektor, players will be able to fine-tune assists so that drivers of any level can race in art of rally. Manual and automatic gears are available, as are stability control, anti-lock brakes, and a counter-steer assist.

You’ll also get to drive on some classic environments. There’s 60 rally stages in total, covering locations in Finland, Germany, Japan, Norway, and Sardinia. They’re more “inspired by” than exact replicas of golden age rally courses, but fans should find them familiar nonetheless. The world of art of rally follows the same minimalist art style, though they’re packed with little details like the crowd standing on track — and moving at the very last moment. 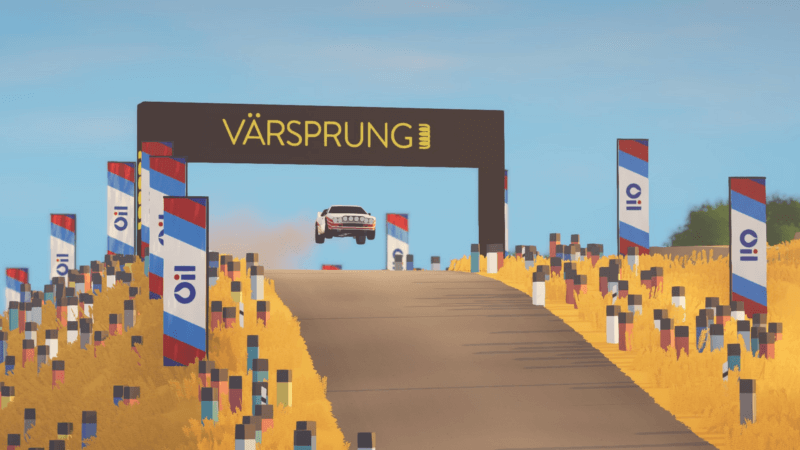 There’s a multiplayer mode too, with online leaderboards available at launch. Players will be able to engage in daily and weekly challenges, and also save and share replays and images from the game’s photomode.

While art of rally is currently only planned for a PC release, players on other platforms have reason to be hopeful. Absolute Drift hit PS4 a year after its original PC launch, with an Xbox One release a year later. It even eventually landed on iOS and Android mobile devices, so it art of rally may also appear elsewhere in the next couple of years.

For the time being though, art of rally is for PC only, and arrives on September 23 via Steam and GOG.

art of rally
130 Comments Discuss this post in our forums...
Test Your Badge Knowledge With Our Car Logo Quiz

Automotive News 138 Jan 19 by Andrew Evans
If you’ve always fancied the Porsche Taycan but found the $100,000 starting price to be a little eye-watering, there’s some good news for you. Porsche has now confirmed that the…