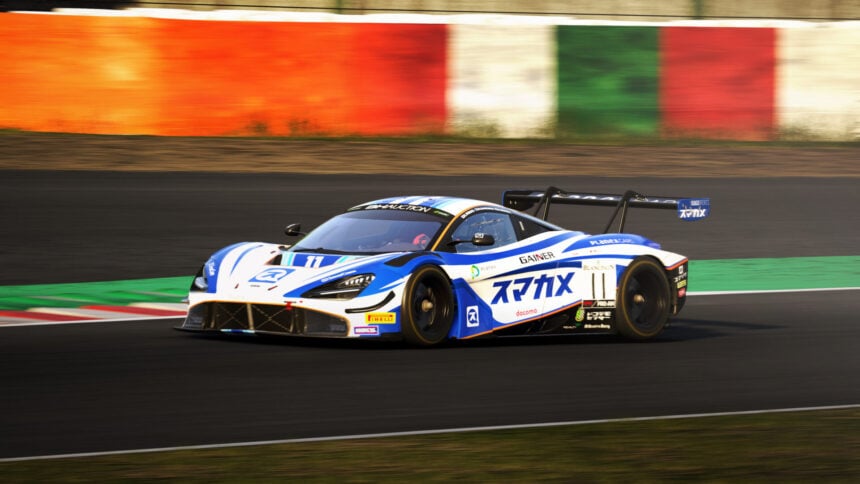 The wait is finally over for Assetto Corsa Competizione fans. The game’s Intercontinental GT Pack, bringing cars and tracks from the 2019 season of the championship, is now with us.

Officially known as the Intercontinental GT Challenge by Pirelli, the series takes in five venues on — appropriately enough for the name — five continents. The season’s opening event is the Bathurst 12hr, which this year took place this past weekend, but after Australia the racing moves to the Americas, Europe, Asia and, at the end of the year, Africa.

For 2019 the series visited Laguna Seca in the USA, Spa-Francorchamps in Belgium, Suzuka in Japan, and South Africa’s Kyalami. With Circuit de Spa-Francorchamps already featuring in the base game, the Intercontinental GT pack brings the four absentees to complete the set:

Each circuit is, of course, laser-scanned for its reproduction in ACC, as you will have seen in the previews over the last few weeks.

Along with the DLC, there’s also an update to ACC for all players today. Version 1.3 has the usual laundry list of changes, however key features include fixes for some of the flags and penalties, new presets for some of the cars, and changes to some of the multiplayer mode settings. You can find a full change log in our forums.

Assetto Corsa Competizione DLC
70 Comments Discuss this post in our forums...
Test Your Badge Knowledge With Our Car Logo Quiz