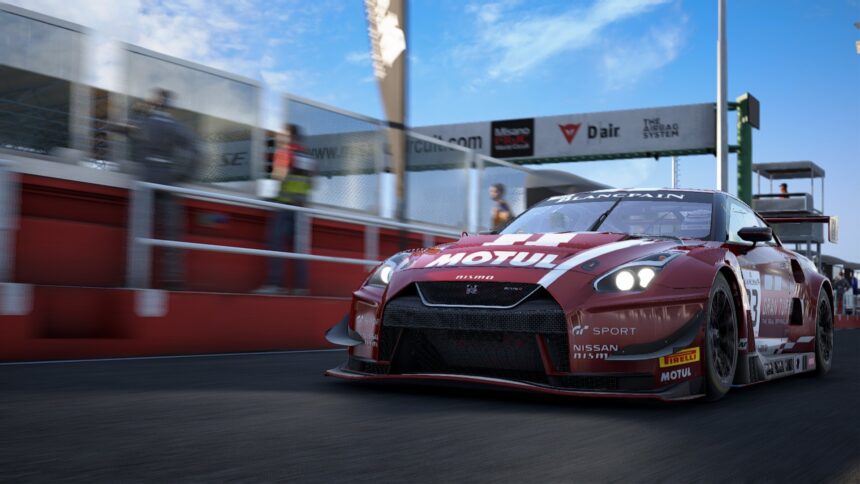 The latest version of Assetto Corsa Competizione is now live on PC. Update 1.0.7 brings over a dozen improvements to the PC racing sim, ranging from UI to gameplay improvements.

Without any doubt, the star of the update is the new 5 collision points tire model. Now, the tires will gradually climb over curbs, sausages, and bumps both in lateral and longitudinal motion. This results in improved behavior across all curb types, as well as improved precision and bump absorption.

If that weren’t enough, there are further improvements to the tire model. One of which now simulates lowering of the profile while the tire is flexing. As a result, ride height will be lower while cornering. Improvements to the physics don’t end there, as the update also introduces an improved Traction Control model.

TC now simulates a two-step operation. Meaning, it now acts relative to the engine ignition timing, and if that isn’t enough will cut ignition all together as it did before. This allows traction control to have smoother operation at the start of a slide, and allows the driver to use the slide to their advantage without extreme vibrations or TC cutting engine power.

Mid-session saving returns with today’s update, though the new version of the feature renders any previous saved games obsolete. For it to function normally, all players need to do is save under the new update and they’re good to go. The option to save multiple games and load them individually is also an added option as of today’s update. Though it’s worth pointing out that Championship and Career modes remain limited to a single save instance.

For the full list of changes (and there are plenty) be sure to check out the full patch notes for all the remaining details.

ACC is currently available on Steam for $44.99 USD. If you’ve yet to give the laser-focused racer a try for yourself, be sure to check out our in-depth review of the game. Spoiler alert: if you’re a fan of the original Assetto Corsa, you’ll feel right at home.