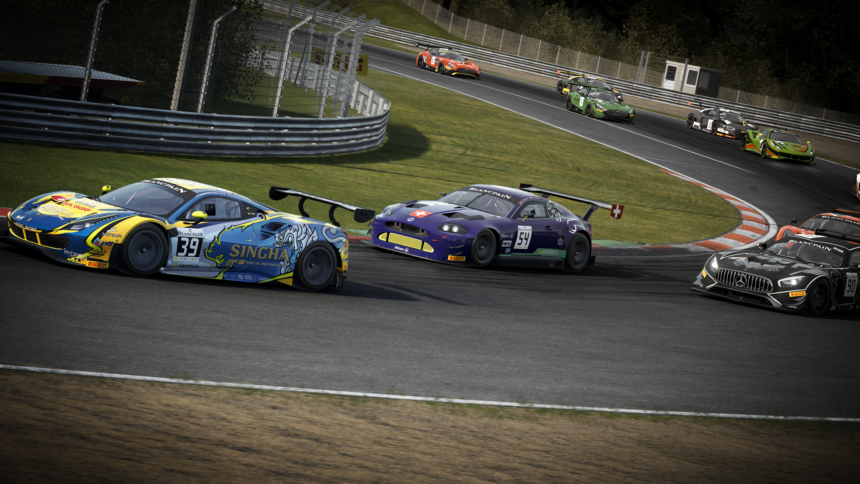 We’re coming up on the middle of the month, which usually means an update for Assetto Corsa Competizione is nigh.

Unfortunately, that isn’t the case, at least not this week anyway. Kunos took to the official Assetto Corsa Facebook page to deliver the news that the next update would see a brief delay. How brief? Only one week.

The team stated that after introducing the first set of multiplayer features to the game, it became its top priority. So much so, it decided to re-write some gameplay logic elements. Considering that multiplayer is one of the key features of ACC, it makes sense. The improvements to the overall game will ensure competitive races are as efficient as possible.

Now, onto the finer details. When the sixth build goes lives next week, players will notice two major changes. While Monza circuit is set to feature in the update, the 2018-spec Honda Acura NSX GT3 will not. In its place — at least for the time being — will be the 2015 and 2018 Nissan GT-R NISMO GT3 cars.

With such an unexpected change, players may be wondering what will become of the NSX GT3. Its release has moved to being a feature of the full-fledged game in its 1.0 release this summer. The reason for the change, as per Kunos’ own words: “we simply require more time to finalise the NSX package to provide you the best possible virtual counterpart of this amazing racing car.”

Being an Early Access game, things like this happen all too often. However, getting two unexpected additions to the roster is a welcome change.

It’s worth pointing out that the upcoming build is the final on the Early Access roadmap. From there, we’re on the road to the full release later this year. We can’t wait to take the two GT-R twins for a spin around Monza.