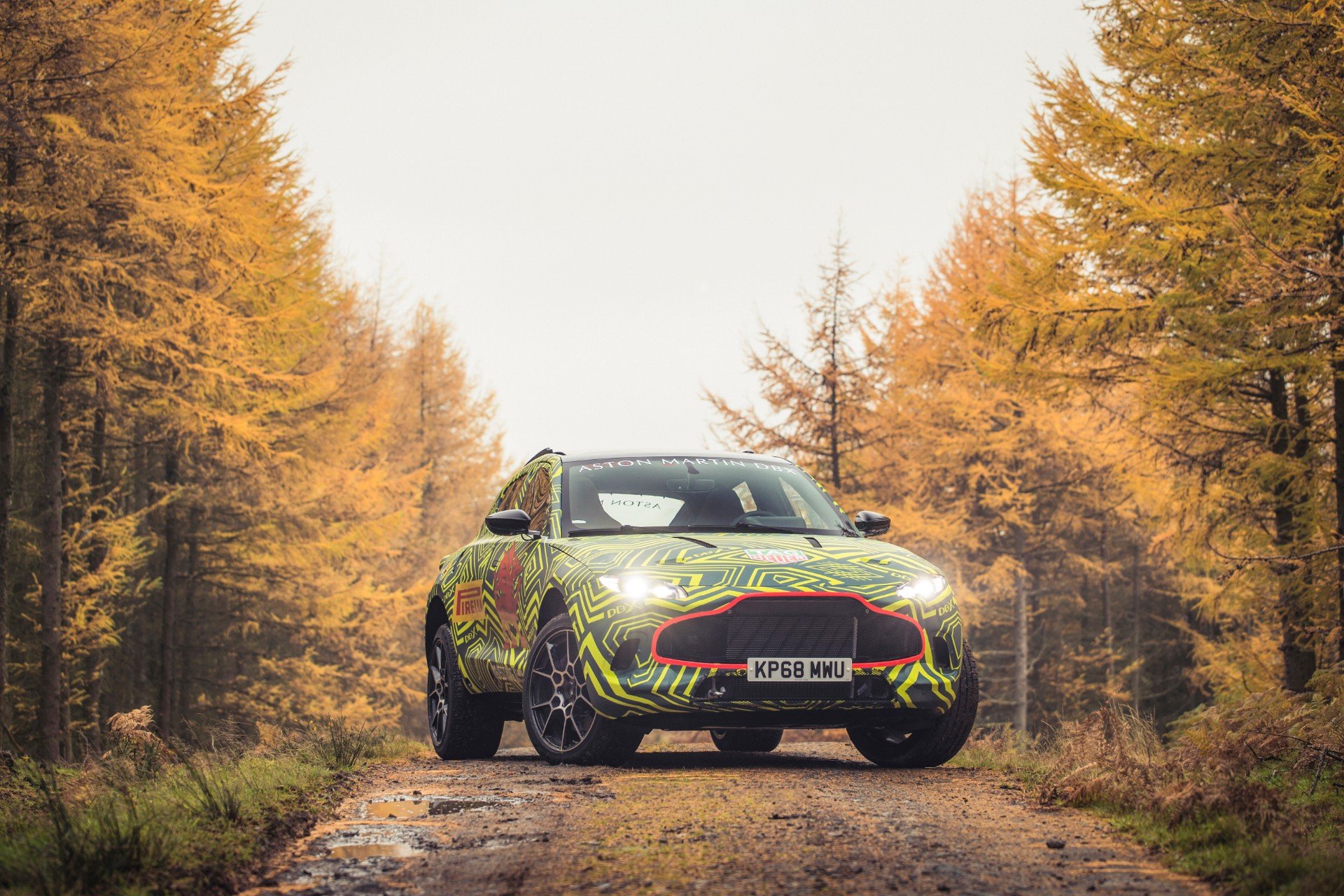 Aston Martin took one step closer to offering its first crossover yesterday, by releasing official shots of the big rig and confirming its name: DBX.

The last few years alone have had nearly all of its competitors craft big two-box vehicles with varying levels of off-road prowess. Fellow Brits Rolls-Royce and Bentley now produce the Cullinan and Bentayga, respectively, while Lamborghini recently unleashed the Urus. The market is red-hot, and the team at Gaydon can resist no longer.

In fact, in doing so, it won’t just be at Gaydon. The DBX will begin production at the company’s new facility in St. Athan, Wales. Aston bills it as the “Home of Electrification”, as St. Athan will be the location of the marque’s future full-EV models.

It isn’t yet clear how much the DBX will be part of that plan, in either a hybrid or all-electric form. While it will have its own exclusive platform, we wouldn’t bet against the Merc-sourced 4.0-liter turbo V8, currently doing duty under the hood of the Vantage and DB11, showing up in the high-rider. Even Aston’s own 5.2-liter V12 may be a possibility.

To show it means business however, Aston’s taken the development mule to the challenging Welsh Rally stages. Chief engineer Matt Becker was the man behind the wheel, and he had this to say on the DBX:

“We have already developed and tuned DBX in the driving simulator, which has enabled us to make excellent progress in advance of the first physical prototype cars being available. Still, it’s always a big day when you get to put the first actual miles on an early prototype and I’m delighted with the near perfect correlation between the simulator and this prototype. As an engineer, it’s genuinely exciting to get a feel for the car you’re working to create. DBX is a very different kind of Aston Martin, but we will be testing it in all conditions and across all terrains to ensure it delivers a driving experience worthy of the wings badge.”

With the mention of fine tuning the DBX in a simulator, we wonder how long it’ll be before the new Aston finds its way into a racing game. We’d say a Forza Horizon 4 appearance would make a lot of sense…

In the real world, the production DBX should bow some time in the next 12 months, with deliveries starting shortly after.

Andrew Evans · Nov 15, 2018· Comments
Gran Turismo series partner Toyota has revealed a special, limited edition version of its Toyota Yaris hatchback, which not only bears the Gran Turismo 7 name but comes with a free copy of the game and a PlayStation 5 console.

Andrew Evans · Nov 15, 2018· Comments
After it surprisingly revealed a new car at the Consumer Electronics Show (CES) in 2020, Sony has taken the covers off a second model at this year’s show — and it looks like it might be planning to build them.

Andrew Evans · Nov 15, 2018· Comments
Porsche has officially taken the covers off its Vision Gran Turismo car, designed specifically for Gran Turismo 7 when it launches on March 4.

Andrew Evans · Nov 15, 2018· Comments
MG’s specialist design center, SAIC Design in London, has created a new concept car that’s not only inspired by gaming, but a games room itself.

Michael Leary · Nov 15, 2018· 13 Comments
Although Lamborghini has now officially pulled the wraps off its latest nostalgia project, the Countach LPI 800-4, you’re already too late to buy one.

Andrew Evans · Nov 15, 2018· 21 Comments
Genesis has unveiled a trio of new racing car concepts designed in collaboration with Gran Turismo, destined to take their places in the racing game series in the near future.

Andrew Evans · Nov 15, 2018· Comments
Nissan has taken the covers off the latest model of its flagship performance car, the GT-R Nismo, ahead of its market launch later this year.