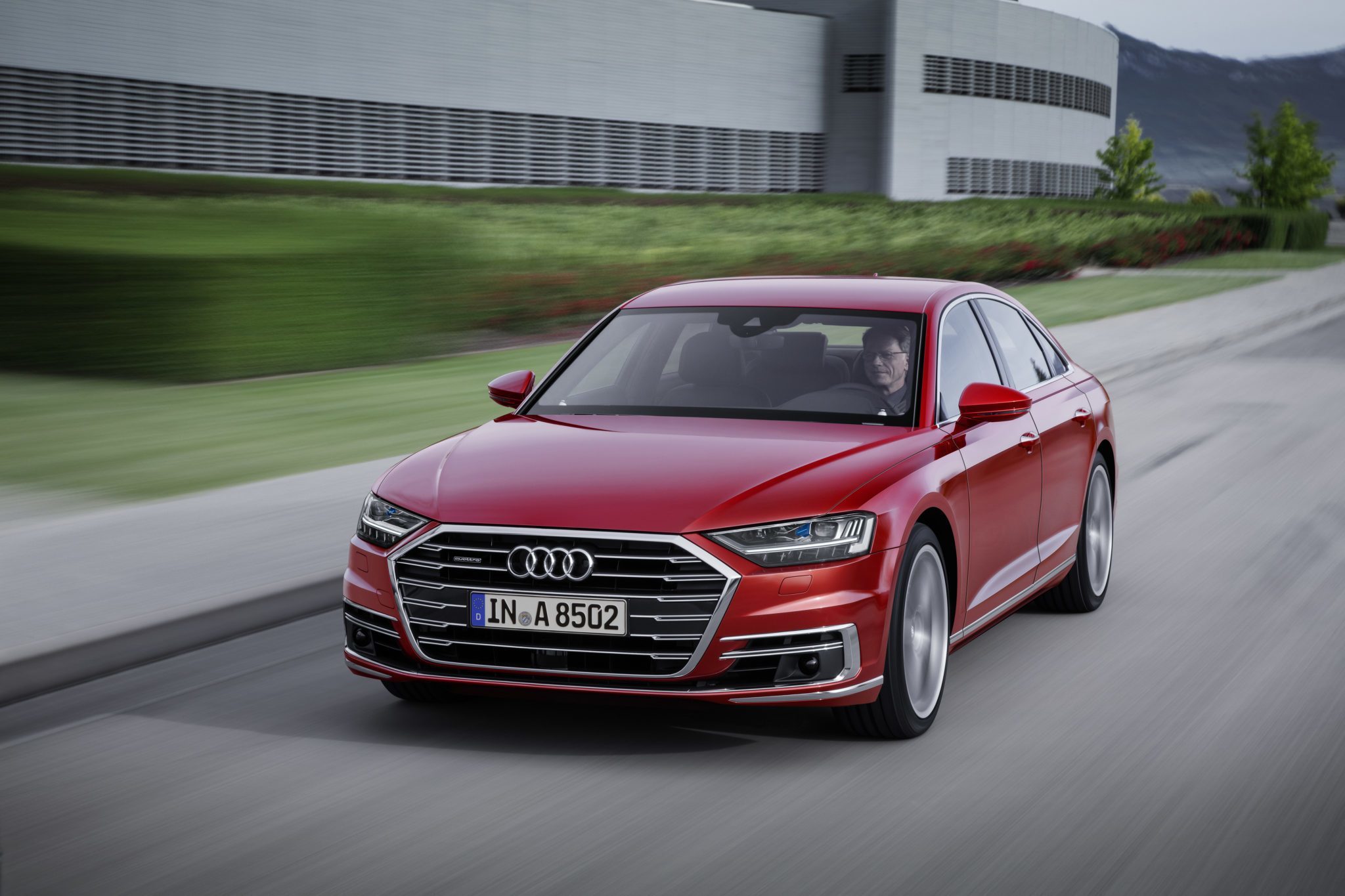 Audi has revealed the latest generation of its luxury executive car, the A8, at the Audi Summit event in Barcelona.

As the car that Audi believes will be the new standard bearer in the sector, it was a predictably tech-heavy presentation. However, underpinning it all was Audi’s focus on its AI autonomous driving technology.

The A8 promises “Level 3” autonomy. If you’re unfamiliar with self-driving lingo, this means that the car can be driven by its software, with no need for the driver to monitor it. Existing systems, like Tesla’s Autopilot, are only second level and require a driver to always be ready to take control. With the A8, you can go wholly hands-free, if local laws allow. 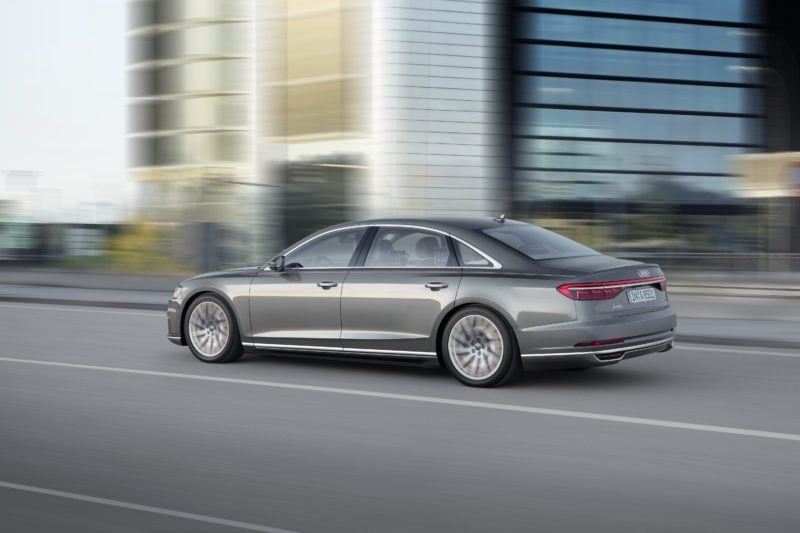 Audi’s “AI traffic jam pilot” allows the A8 to drive itself independently, although with several conditions. The carriageway must have a physical barrier between it and the oncoming side, and the car can only drive at up to 37 mph.

The system operates by combining sensor data from a radar, camera, ultrasonic and laser array. This is all fed to a single controller which constantly watches its surroundings. Even if you can’t, or don’t want to, use the full autonomous functions, the A8 has 41 driver assistance systems. 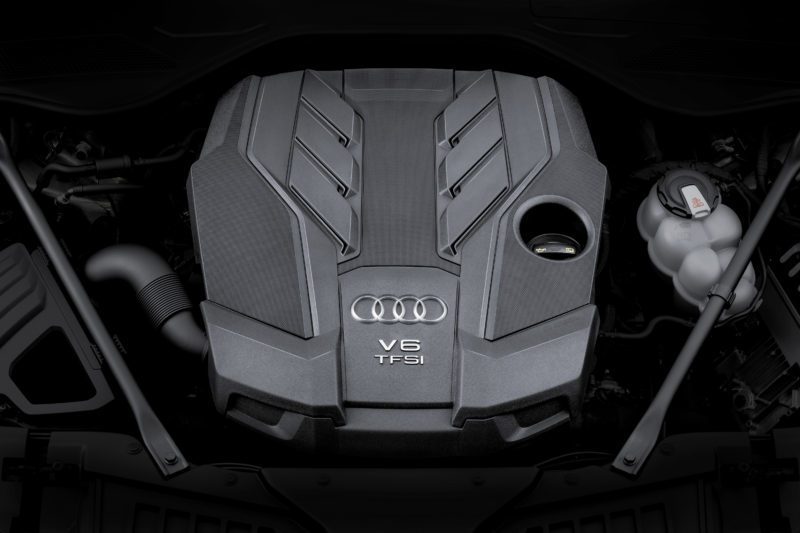 The A8’s engine line-up will be familiar, with 3.0-litre V6 and 4.0-liter V8 petrol and diesel engines (depending on market) and the 6.0-liter W12. A hybrid e-tron quattro, available only in the long-wheelbase A8 L model, will follow.

Audi has fitted a number of technologies to ensure a smooth ride. The A8 comes with all-wheel drive as standard, but also four-wheel steering. At low speeds the rear wheels turn in opposition to the front, for tight maneuvering, while at high speeds they turn with the front wheels. This makes motorway lane changes a relaxed affair.

The A8 also sports an active suspension system. Electric actuators can raise or lower each wheel separately, allowing the car and its occupants to float consistently even over inconsistent surfaces. It will even respond to impacts by changing the ride height to protect the passengers. 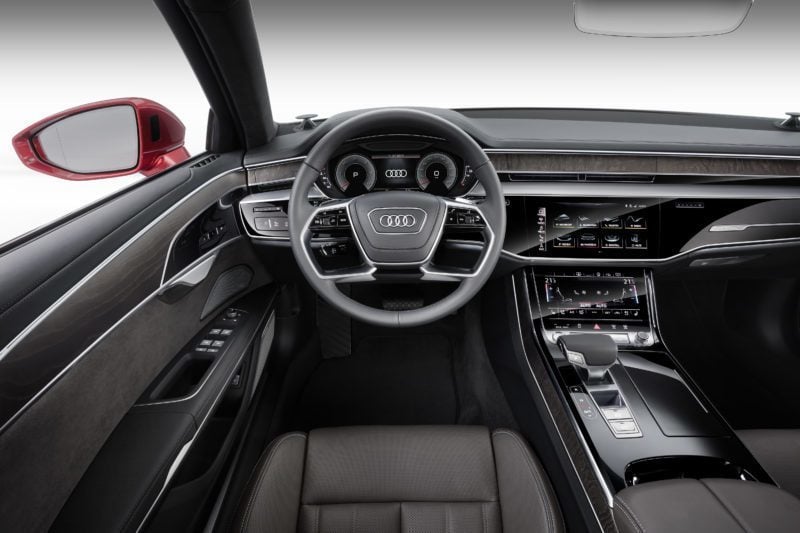 Audi has reworked the cabin too. The A8 is no longer festooned with an array of buttons and switches, and instead uses a pair of touchscreens. These house all of the usual vehicle functions — infotainment and environment — with haptic feedback and pinch and swipe functionality, just like a smart phone.

However, if even reaching out for a touchscreen is too much effort, you can talk to the A8. Audi promises a “new, natural form of voice control”, with the driver able to control vehicle functions by voice alone. 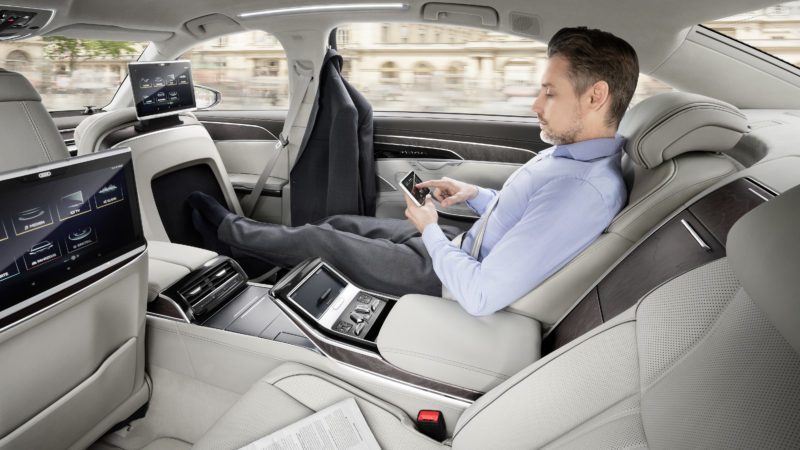 The best part of the A8 though is in the rear of the LWB limo. An optional “relaxation” seat, behind the front passenger seat, is the ultimate in executive coddling. Alongside the expected comforts of a reclining massage chair, the A8 L will give you a foot rub. A special unit mounted to the seat in front provides a heating and massage function for sore feet.

The new A8 L is nearly 1.5 inches longer than the old one, at 17’5″. This creates yet another 1.3 inches of legroom over the already ample rear seat space. The seat also features comfort head restraints, configurable ambient lighting and LED matrix reading lights — the same tech as the car’s own headlights. It all makes the A8 L’s rear one of the most welcoming in the business. 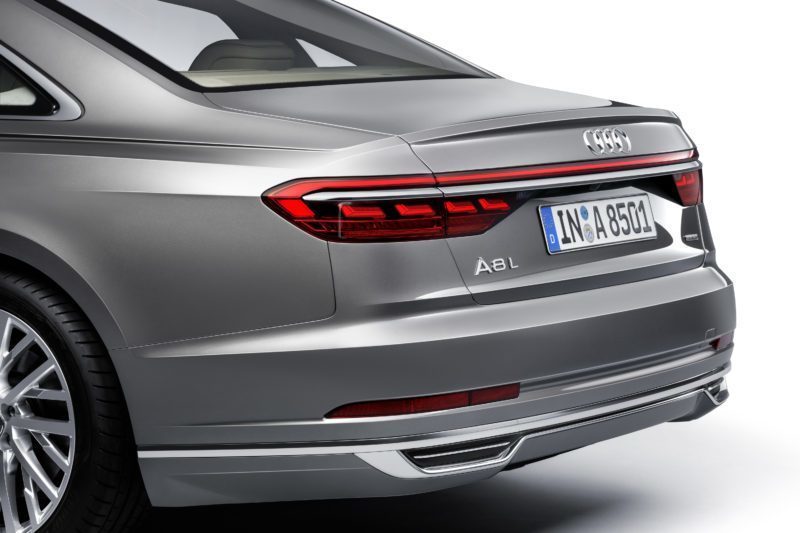 On the outside, the A8 gains new HD LED matrix lights, with laser headlights and OLED rear lights. The laser lights operate in addition to the LEDs when safe to do so, and produce a bright, focused light up to 600 yards ahead of the car. The OLED technology in the rear allows for unique lighting animations, displayed as the driver approaches or leaves the car. 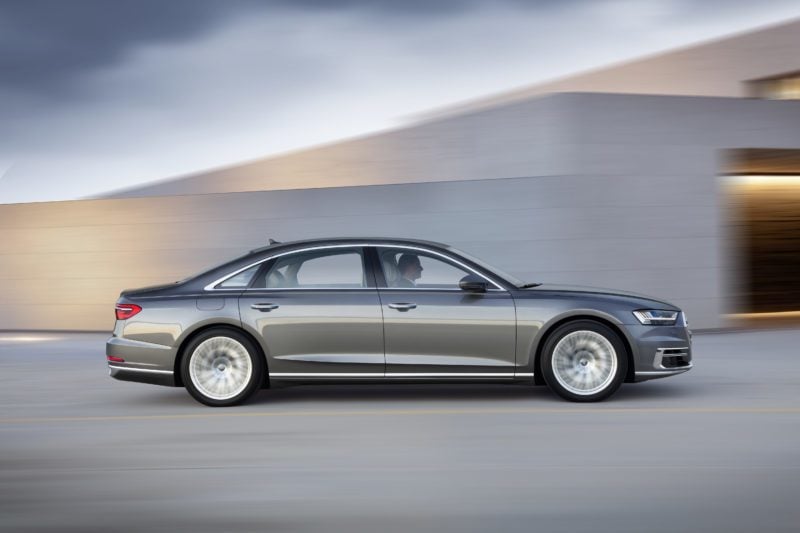 The Audi A8 will be available in Europe in late 2017, priced from €90,600 on the road. Audi will reveal pricing and availability details for other markets at a later date.