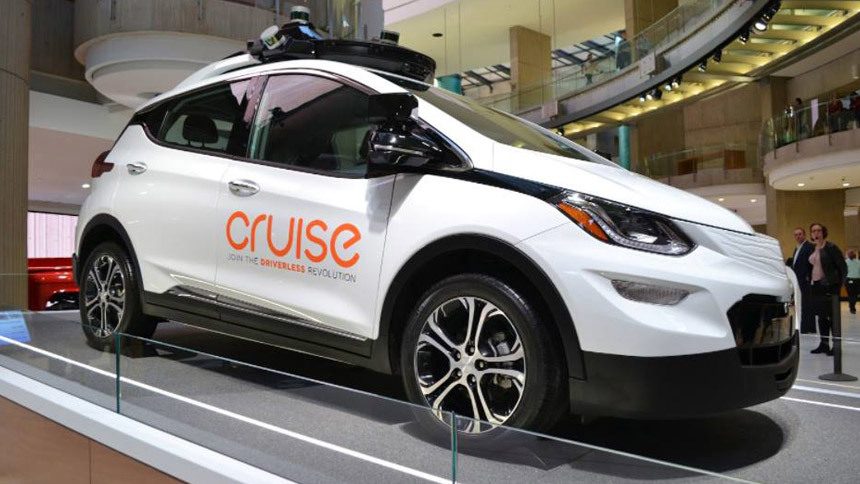 When an autonomous car commits a traffic violation who’s at fault? This is the debate between General Motors’ self-driving division, Cruise, and the San Francisco Police Department (SFPD).

According to the SFPD, an autonomous Chevy Bolt operated by Cruise had a near miss with a pedestrian on March 19. The incident occurred while the car was making a turn from 14th St. onto Harrison St. in San Fran’s Mission District.

After witnessing the incident, a motorcycle unit from the SFPD pursued the Bolt.

Upon seeing the flashing light, the safety driver immediately pulled the car over. This is where things get a little strange though. How do you give a car a ticket?

Unfortunately, you can’t. So instead, the safety driver ended up with the citation.

Cruise disagrees with the officer though. In a statement released after the incident it had this to say:

“California law requires the vehicle to yield the right of way to pedestrians, allowing them to proceed undisturbed and unhurried without fear of interference of their safe passage through an intersection. Our data indicates that’s what happened here.”

So what did that data indicate? Per the CBS news report that broke the story, the car wasn’t as close as the officer thought. During the turn, the sensors saw and recorded the pedestrian at 10.8 feet away. While not the widest of berths, it’s not what you’d call a near miss.

This does raise a few questions though. As autonomous cars continue to advance, what happens when traffic violation occur? Who gets the ticket and is sensor data admissible in court?

Without any concrete laws in traffic codes across the nation, it’s hard to say. However, it’s something that does need addressing sooner rather than later.

The unfortunate part of this incident is that it’s lacking several details. Both the SFPD and Cruise seem to be withholding the entire story. This does make it hard to judge who’s really at fault.

There is an explanation for lack of details though. This encounter occurred just one day after the fatal accident in Tempe, Arizona. During that incident, an Uber self-driving car struck a pedestrian crossing the road. Due to this, we’re sure there’s a larger investigation to unfold regarding Cruise.

At some point, the entire story will come out. Unlike Arizona, California does have laws requiring detailed reporting of an incident with an autonomous car. Hopefully, with those details, the laws and technology can work together to get on the same page.