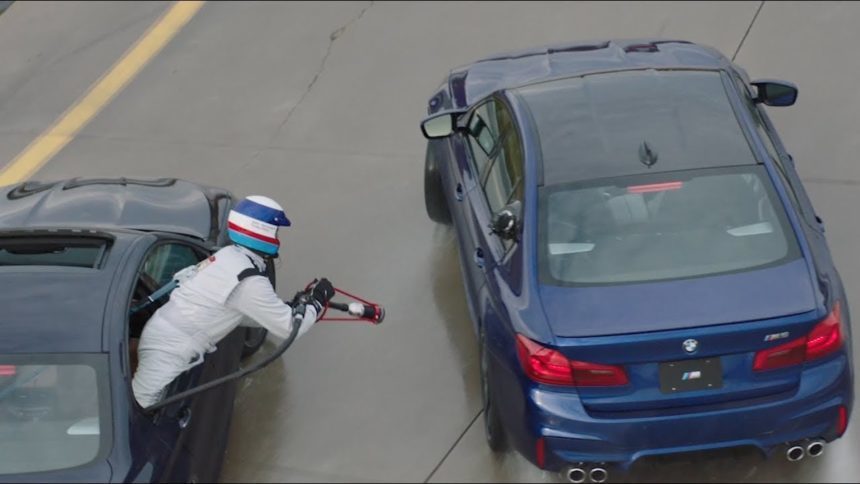 Fueling up is not a very exciting task. In fact, it’s one of the most mundane things about vehicle ownership. BMW engineers understand this and as a result, came up with an entirely new way to refuel an M5: doing it during the middle of a drift.

While this may seem like it’s straight out of a Fast and Furious movie, there’s actually sound reasoning behind it.

Back in July 2017, a South African journalist set a world record for the longest continuous drift. Running a stock Toyota GT86, Jesse Adams circled a wet skid pad for five hours 46 minutes, covering a distance of 102.5 miles. This beat the old record set by Harald Muller set in 2014.

Prior to Muller’s record though, a BMW M5 held the title to the world’s longest drift. In 2013, Johan Schwartz drifted for over 51 miles. BMW wants its crown back, and so does Schwartz.

Obviously, a BMW M5 with its thirsty 4.4-liter V8 engine will chug fuel throughout the run — especially with the constant blipping of the throttle.

Even though the Guinness World Records crew state that a car during the drift may stop for fuel BMW wanted to keep with the spirit of the record. This is where its engineers step in.

In order to keep Schwartz and the M5 sideways for their eight hour target, the engineers have come up with mid-drift refueling. 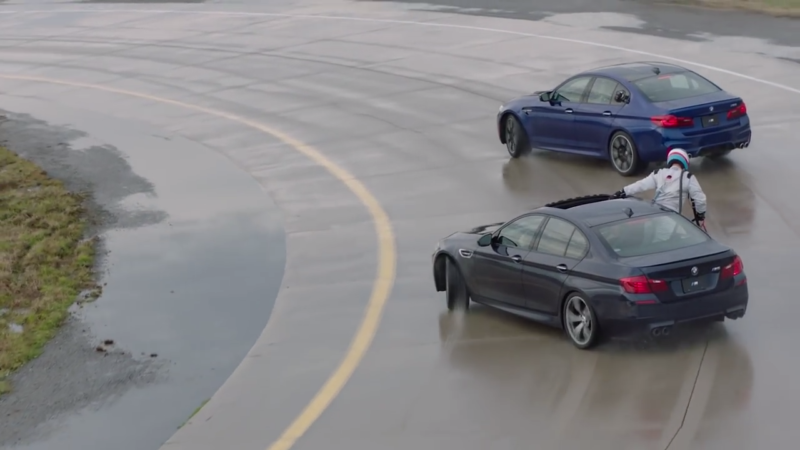 Similar to how mid-air refueling works with military aircraft, the BMW system is just as awe-inspiring.

To accomplish the task of mid-drift refueling a second M5 will drift up beside the record car — getting as close as two feet away. A fuel operator hangs out of the rear window, ready to connect a fuel hose to the special filler neck. Once the hose connects, a pump then delivers 18 gallons of fuel to the record car. After the fueling is complete, the tanker car disconnects and drifts away, leaving Schwartz to continue on his way.

The reasoning behind this method is something we can get behind too. According to Chief Instructor at the BMW Performance Center, Matt Mullins, it’s boring to watch someone stop and pump fuel. So the whole reason behind this complex, not to mention dangerous, system is to look cool.

There’s no word on whether or not BMW successfully beat Adams’s record. However, on January 9, BMW will release a video detailing the attempt. Frankly though, even if it beats the old record, it won’t be anywhere near as interesting as this:

BMWDrifting
17 Comments Discuss this post in our forums...
F1 2020 Review: A Winning Formula