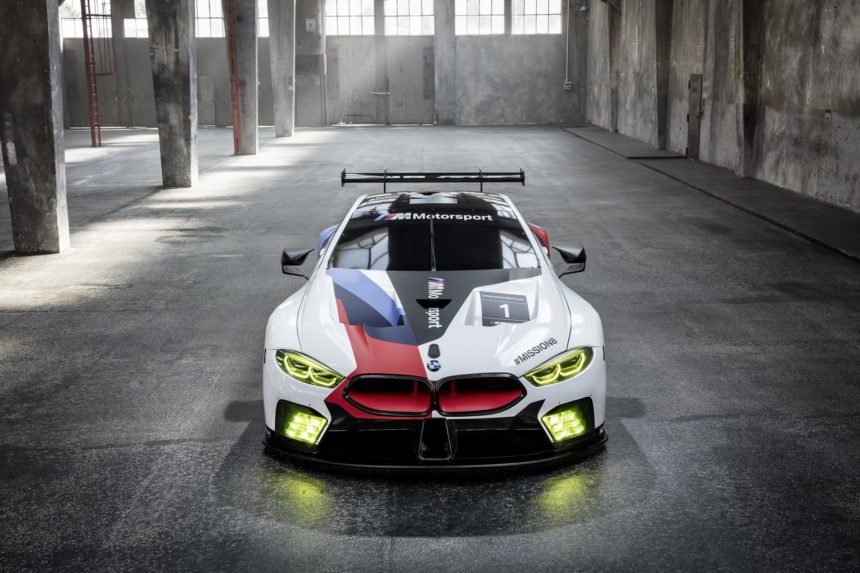 BMW Returns to Endurance Racing in 2018 With New M8 GTE

BMW has taken the wraps off its new M8 GTE racing car at the Frankfurt Motor Show. The new flagship coupe will mark BMW’s return to top level endurance racing next year in the World Endurance Championship.

The new GTE also marks BMW’s return to the prestigious Le Mans 24 Hours race for the first time since 2011, where the Bavarian marque previously raced the M3 GT2.

The M8 GTE has been undergoing track testing since July ahead of it’s planned 2018 debut in the WEC and IMSA WeatherTech Sportscar Championship. Initially, BMW Team MTEK will campaign the car in the WEC GTE Pro class.

BMW currently runs the M6 in the IMSA championship’s GTLM class and the M8 will serve as its replacement over in the States. There’s been no confirmation yet on which team will run BMW’s American campaign. 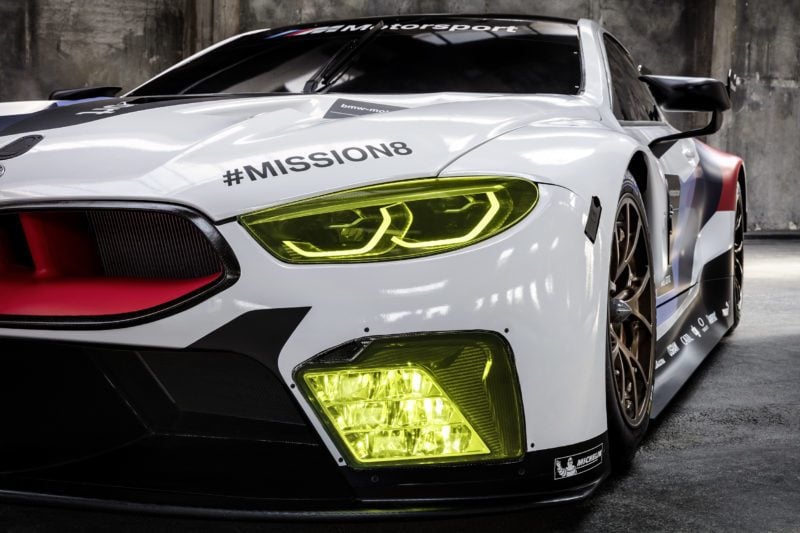 Outside, BMW has given the GTE a comprehensive aerodynamics package in order to comply with GTE rules in the WEC. The styling also gives us a preview of what to expect on the upcoming 8-Series and M8 road cars.

Under the bonnet, lies a race-prepared 4.0 litre turbocharged V8 with over 500hp, subject to Balance of Performance regulations. Power is sent to the rear wheels through a six-speed sequential gearbox with steering wheel-mounted paddles.

The body makes extensive use of lightweight carbon fibre components, meaning the M8 GTE tips the scales at just 2690lbs.

BMW will build the M8 GTE alongside the 8-Series road car at its Dingolfing production facility in Bavaria. The company also plans to use the M8 GTE to help enhance the development of the M8 road car.

The GTE will continue to undergo an intense testing and development program throughout the rest of this year. It is set for its official racing debut at the 2018 Rolex 24 At Daytona in January.

Driver line-ups for both WEC and IMSA are unconfirmed, but expect further announcements later this year.

The standard production 8-Series — which was previewed earlier this summer — will launch towards the end of the year. Meanwhile, the M8 will follow shortly afterwards ahead of both cars going on sale in 2018.