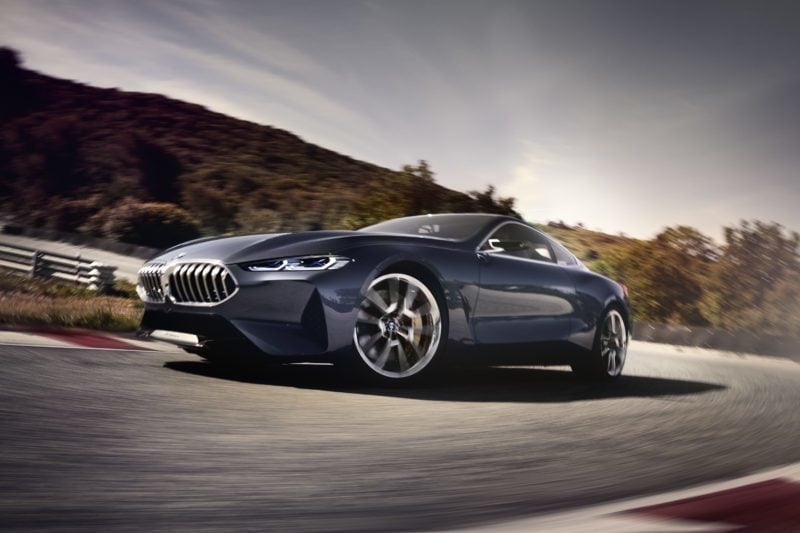 With just a day remaining until the official unveiling of the 8 Series Concept, BMW has sprung a leak.

A handful of low-quality images purporting to show the vehicle got out to the press a little too early. The Bavarian brand has, in response, published the entire real set of official images.

Although still a concept model, the Concept 8 Series is intended to give an impression of the final vehicle. This car is due to be launched in 2018, using the same platform as the 5 Series and 7 Series, and serving as a model range flagship.

The front of the vehicle is a typical BMW concept model. It resembles the Vision GT car and the Hommage, although the signature kidney grille is wider rather than deeper. This is likely to be one feature that will be softened up on the production car, to bring it more in line with existing coupes. 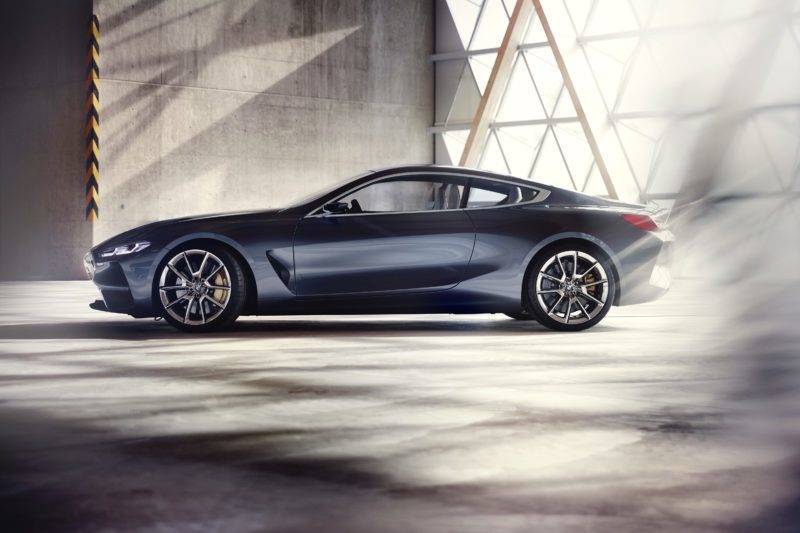 In profile we can clearly see the car’s two-door form. Recent BMW coupes have had four-door ‘Gran Coupe’ options, but for now at least the 8 Series remains a classic two-door. This confirms suspicions from the outline image teased by BMW earlier in the month.

The Concept looks the most outlandish from the rear. Large, hockey-stick tail lights frame a selection of competing angles. The center of the car is much further forward, which gives the trunk lid a duck-tail arrangement.

At the lower edge, there’s a pair of trapezoidal exhaust exits and a carbon-fiber diffuser. This latter feature might be for styling purposes, but as BMW has registered the M8 name, may serve a useful function on high performance models. 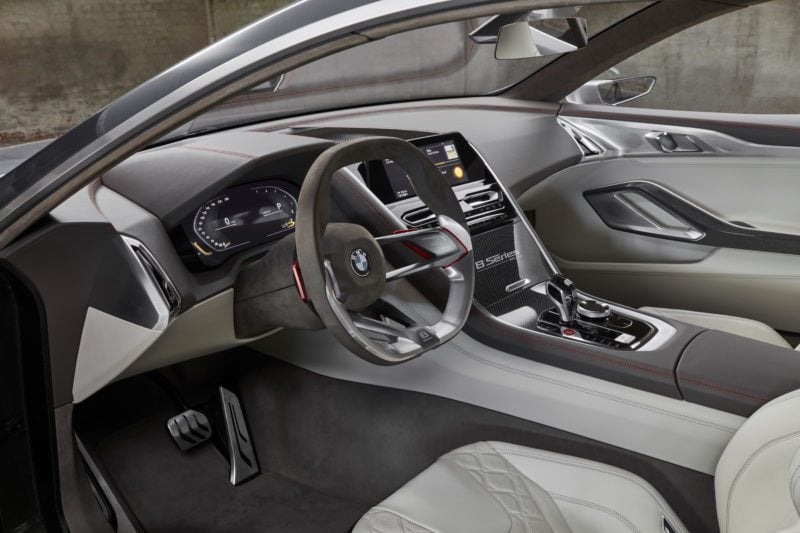 The inside is the element least likely to make it through to production, as is often the case with concept cars. It does, however, give a glimpse of approximate layout, materials and technology.

BMW appears to be using a virtual cockpit, rather than physical dials, similar to recent Audi models. We also note that the central infotainment screen is the same as you’ll find on any current BMW, not a portrait-style one as in Tesla, Volvo and McLaren cars.

Adrian van Hooydonk, senior vice-president of BMW Group design, said: “The BMW Concept 8 Series is our take on a full-blooded high-end driving machine. It is a luxurious sports car which embodies both unadulterated dynamics and modern luxury like arguably no other. For me, it’s a slice of pure automotive fascination.”

Harald Krüger, chairman of the board of management, added: “The number 8 has always represented the pinnacle of sports performance and exclusivity at BMW. The forthcoming BMW 8 Series Coupe will demonstrate that razor-sharp dynamics and modern luxury can go hand-in-hand. This will be the next model in the expansion of our luxury-car offering and will raise the benchmark for coupes in the segment. In the process, we will strengthen our claim to leadership in the luxury class.”

The Concept 8 Series will be unveiled officially tomorrow, at the Villa d’Este concourse of elegance. Until then, enjoy the extensive gallery below.