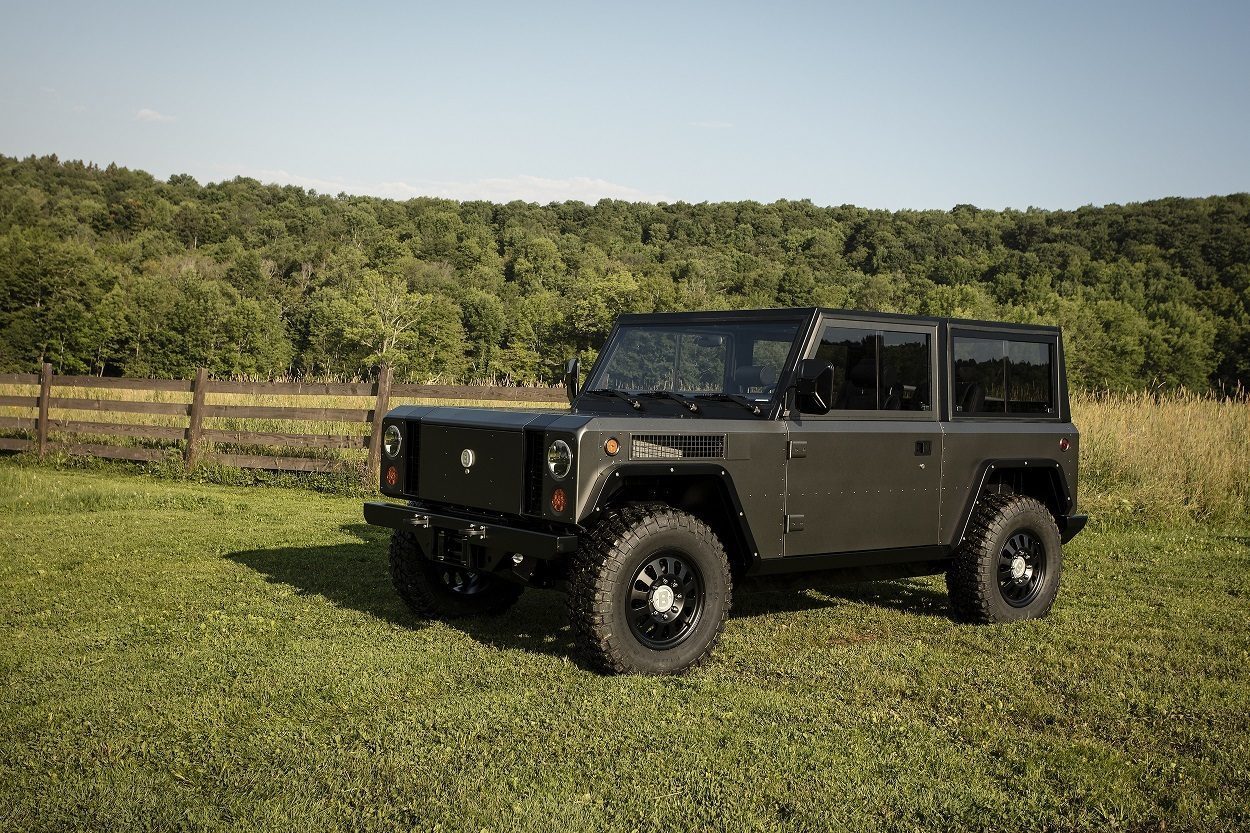 The world can finally go off road without the use of a fossil fuel burning engine. Bollinger Motors  has introduced what it claims is the world’s first all-electric sports utility truck.

There are other fully electric trucks on the market today: the Havelaar Canada Bison and Workhorse W-15 both beat the B1 to market by several months. However, neither of these trucks had off-roading in mind and instead opted for more hauling capacity. The B1 sets out to change all that.

With 10 inches of wheel travel the B1 is a respectable off-road vehicle. The suspension is a self-leveling, hydro-pneumatic system which should work well off road. The sway bars can also be disconnected to allow for greater articulation. The only downfall is that Bollinger opted for four wheel independent suspension instead of the more off-road friendly solid axles. 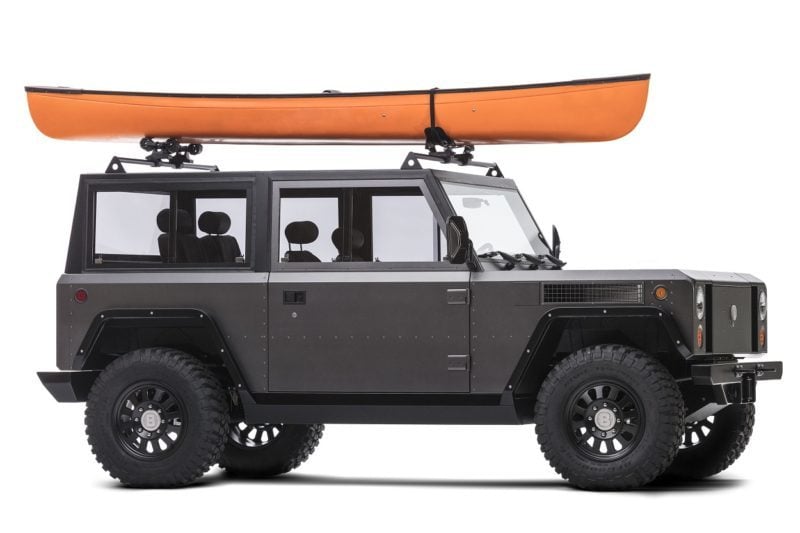 Thanks to the battery storage system located between the frame rails, there’s very little under the truck that could get in the way of obstacles. This allows for 15.5” of ground clearance, which is five inches more than a 2017 Ford Raptor.

The B1 rides on 33-inch BFGoodrich KM2 tires. These are widely regarded as the best mud terrain tires on the market today. As a result, the truck won’t have any trouble with tough terrain.

Power comes from two electric motors located at the front and rear of the B1. At 360 hp and 472 lb-ft of torque, the B1 is no slouch either. With a 0-60 time of just 4.5 seconds and a top speed of 127 mph, this makes for a surprisingly quick off-road vehicle.

Like most electric vehicles the B1 does not utilize a traditional multi-speed gearbox. Instead, power reaches the wheels through geared axle hubs. As a plus, there is an option to place the vehicle into low range to help it chug through tough terrain.

Despite the batteries and electric motors, the B1 is lightweight. It tips the scales at just 3,900 lb. This is on par with the current two-door Jeep Wrangler.

Bollinger plans to offer two battery options with the B1. 60 kWH and 100 kWH options provide 120 and 200-mile ranges respectively. Ranges depend on terrain though and how hard the vehicle needs to work in order to get over or through an obstacle. This is a downside for anyone that plans to take their vehicle adventuring over long distances. However, it should be good enough for local exploring.

The B1 uses the North American standard J1772 charging plug. This allows for both 110V or 220V charging which makes it compatible without modification to one’s home. Level 3 “DC Fast” charging is also available through a port in the truck’s fender.

On the inside, the B1 is fairly minimalistic. Four leather seats sit within a steel safety cage for rollover protection. Weekend warriors will also enjoy that all of the interior components are water tight allowing them to simply hose out dirt and grime. 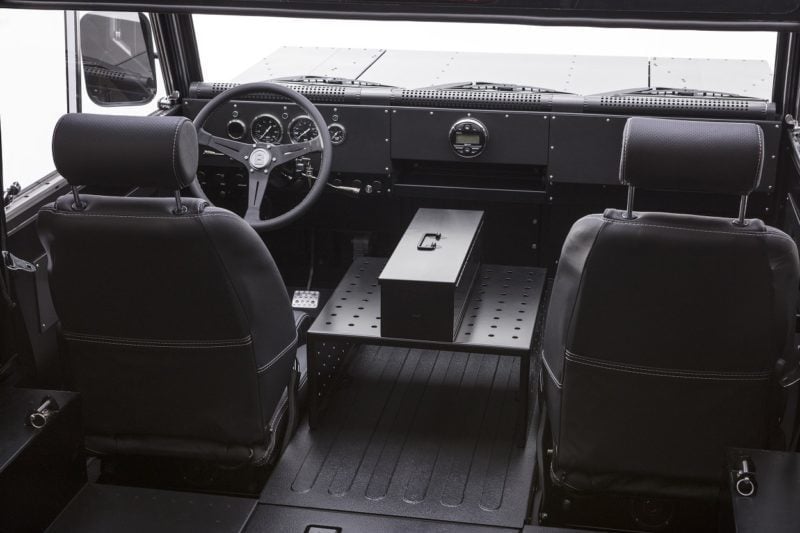 One of the unique elements of the truck is the pass-through door in the front of the interior. When opened, this allows access to the frunk. Bollinger says with the door, the B1 is able to accommodate up to 24 12-foot 2×4 boards completely inside the vehicle. By dropping the tailgate the board length increased to 16-feet.

The company is currently in talks with several third parties to produce the B1. Its hope is that by using an established manufacturer it can keep costs down.

Bollinger didn’t announce a price but it’s aiming for the B1 to be similar in cost to a mid-level SUV. We think this puts it right around $50,000. This might seem expensive but with a nicely equipped Jeep Rubicon coming in at around $40,000 this isn’t too far off the mark.

Currently, there is no set release date set for the B1 but Bollinger hopes to start production by the end of 2018. For those interested the company will start taking reservations and a $1,000 deposit at the start of next year.