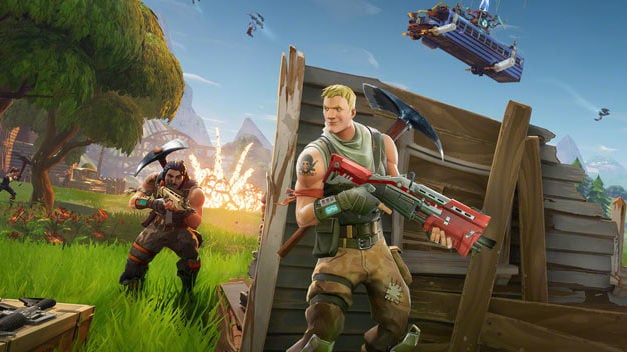 Sony, Microsoft, Nintendo… whatever we play, we’re all gamers. Even the “PC master race”.

But for a while, those of us who sit on the PlayStation side of the fence haven’t quite been in the same game as everyone else. That is until now.

There’s many titles that appear across the platforms. For some years those on different platforms have been able to play each other online in some of them. It’s been Sony policy to keep the PlayStation an island apart. Although technically possible, it’s the business case that has lead to Sony’s traditionally shy stance.

This is all about to change. In a rather unexpected statement on the official blog, Sony has announced the very first step towards cross-platform play:

“For 24 years, we have strived to deliver the best gaming experience to our fans by providing a uniquely PlayStation perspective. Today, the communities around some games have evolved to the point where cross-platform experiences add significant value to players. In recognition of this, we have completed a thorough analysis of the business mechanics required to ensure that the PlayStation experience for our users remains intact today, and in the future, as we look to open up the platform.”

The very first game to see the cross-platform treatment is Fortnite. The highly successful multiplayer game gets an open beta on PS4 that allows cross-platform play. It’s not just between PS4 and Xbox, but Switch, Android and iOS devices, and Windows and Mac computers.

This comes on the back of a summer of controversy surrounding the title due to its fenced-off nature on PS4. Not only did Sony block its players from duking it out with those on other consoles — only PC and mobile — when the popular battle royale title arrived on Switch, gamers found that any user accounts ever used on PS4 wouldn’t work on the Nintendo system. The new approach therefore represents an about-face for the Japanese company.

Even better, this is just the start. Sony states that it will support cross-platform features for select third party content in the future too. That’s potentially good news for racing game fans.

Racers like Project CARS 2, Assetto Corsa and F1 2018 are all multi-platform titles. For now, none support cross-platform play, but with Sony opening up the PS4 it could possibly be an avenue for the future. That would not only have an impact in regular online gaming, but esports too. With no barriers in the way, a cross-platform title could bring racing esports to the whole community at once, and perhaps make the step to the mainstream.

Jordan Greer · Sep 29, 2018· Comments
GTPlanet is here in Monaco for the Gran Turismo World Finals and Gran Turismo’s 25th Anniversary event, and we had the chance to sit down with GT series creator Kazunori Yamauchi.

Andrew Evans · Sep 29, 2018· Comments
Serious sim racing can be an expensive business. Sim racing kit will set you back hundreds of dollars — or more — and that’s without considering a sturdy place to mount it.

Gary Slater · Sep 29, 2018· Comments
For many Americans, this week is a time of giving thanks, but for those at the UK Horizon Festival the time has come for a new Autumn season to begin in Forza Horizon 4.