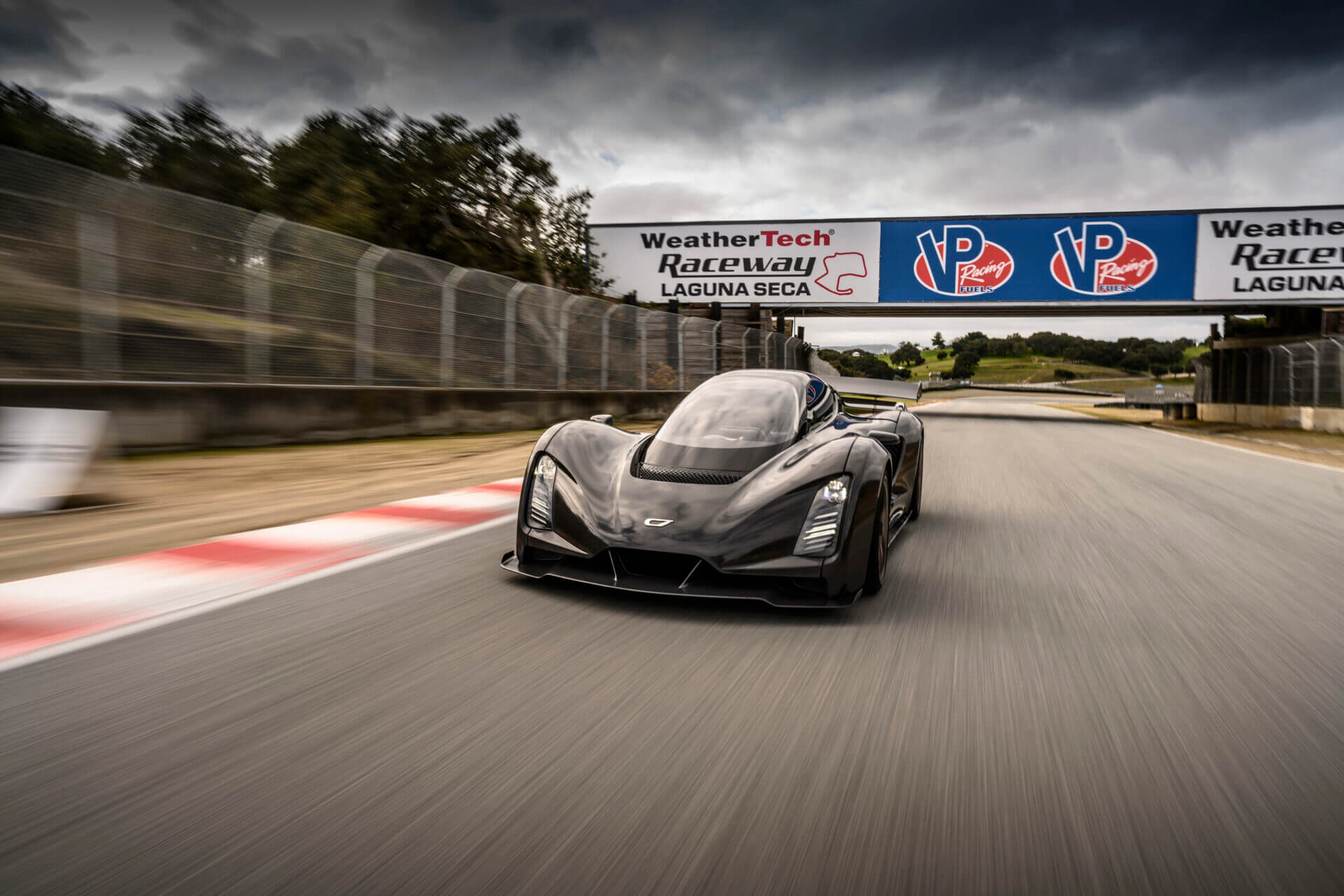 New US brand Czinger Vehicles will officially reveal its first car at the Geneva Motor Show next month, and it’s quite the debut. Known as the 21C — shorthand for 21st Century — Czinger’s first vehicle has some startling performance figures.

You might recognize the Czinger name. That’s because the company’s founder, Kevin Czinger, a former Goldman Sachs investment banker, has been in the automotive game for a couple of decades now. After working on electric vehicles at Miles Automotive and CODA Automotive, Czinger left to create Divergent 3D, a company specializing in 3D printing.

Divergent showed off its first — and only — car five years ago. The Divergent Blade, used a 2.4-liter turbocharged petrol engine sourced from a Mitsubishi Lancer Evolution and turned up to some 720hp. Although it didn’t make it to market, the Blade served as a proof-of-concept for the 3D printing process, and the Czinger 21C is the result.

There’s considerable similarity between the 21C and the Blade. Divergent and Czinger build the car as a joint project — Czinger is CEO of both — and its easy to see the lineage. Along with shared external characteristics, from the nose and headlights to the upticked tail lights, both cars use a 1+1 tandem seating arrangement where the passenger sits behind the driver.

However there’s more than a few changes under the hood. Gone is the Mitsubishi lump, replaced with an in-house developed “2.88-liter” V8. This mid-mounted engine, aided by twin turbos and a lofty 11,000rpm redline, produces over 930hp and powers the rear wheels. It’s matched to a seven-speed sequential gearbox.

That’s not the end of the story though, as the 21C also sports a pair of front electric motors, one on each wheel, good for 165hp apiece. The combined system output peaks at 1,233hp, which is enough to power the Czinger up to a claimed 268mph top speed.

Thanks to the 3D-printing process, the 21C barely troubles the scales, coming in at around 2,750lb (1250kg) — and that’s a curb weight, rather than a dry weight. This gives the Czinger a projected 0-60mph time of just 1.8 seconds, and a standing quarter-mile at 8.1 seconds while the 0-249mph time of 29 seconds would beat the record set by the Koenigsegg Regera.

Unusually, the 21C employs lithium-titanate battery technology, rather than the more common lithium-ion. It’s a slightly less energy-dense technology, so the battery pack is heavier for the same amount of energy, but has the advantage of a faster charge and discharge rate.

In addition to the regular 21C, Czinger is also planning a lightweight track model. It’s only 70lb lighter — there’s only so much you can do when the car’s already made from 3D-printed carbon nanotubes — but changes to the aerodynamics massively increase the overall downforce, from 550lb at 155mph in the regular 21C to 1,740lb.

Czinger will reveal the 21C in full at the Geneva Motor Show on March 3. There’s no word on production numbers or price just yet, but don’t expect any change from $2m…