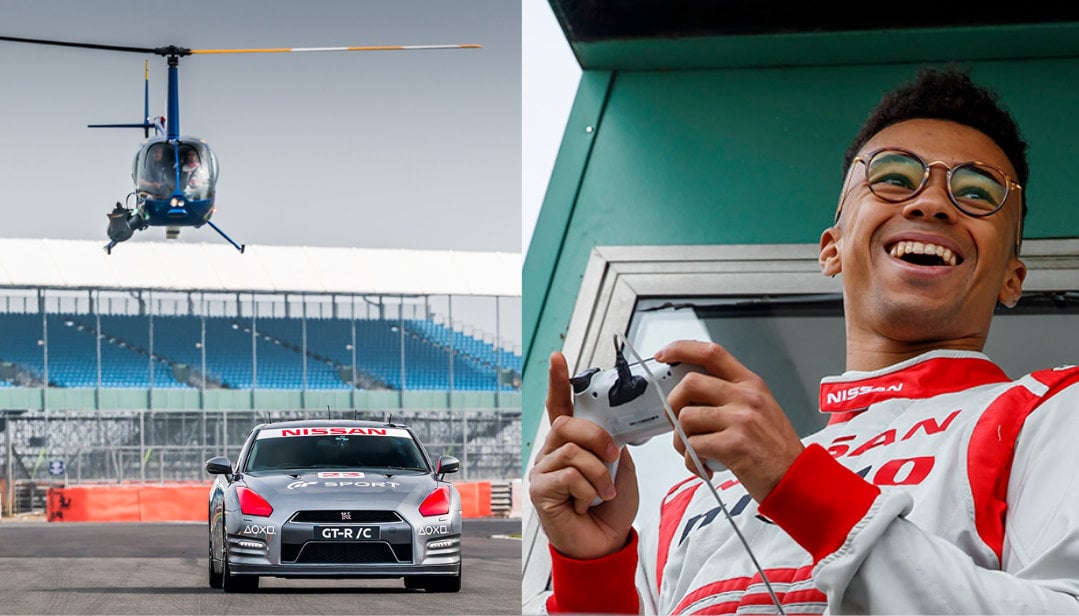 It’s a discussion that comes up time and again. Some people will swear up and down that the only way to get realism from a driving game is to use a steering wheel and pedals. After all, no-one drives a real car with a PlayStation controller, right?

Well, not until now. Thanks to a rather special collaboration between Nissan, Sony and JLB Design Ltd, GTPlanet has been able to try out a world first: a Nissan GT-R operated by a DualShock 4 controller! 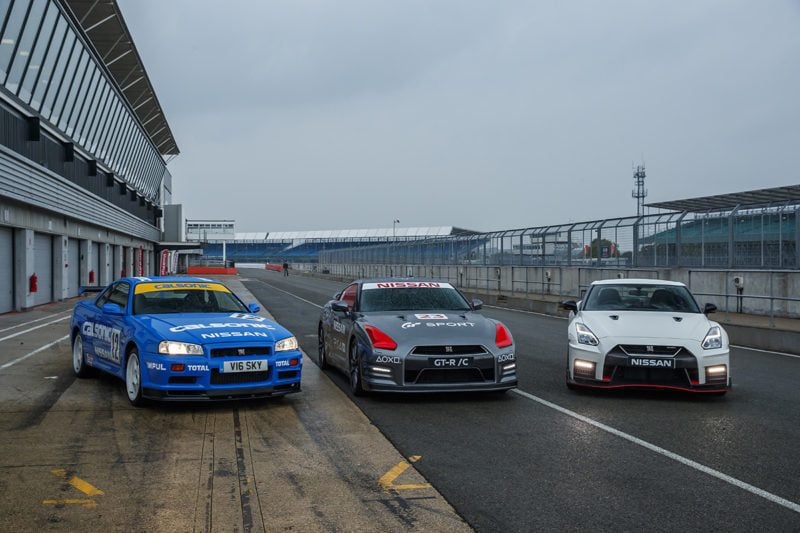 JLB is an expert in implementing robotics into vehicles. The company fitted a 2011 GT-R with four robots to operate steering, throttle, brakes and gearbox. Six computers monitor the inputs 100 times a second. These communicate with a regular DS4 controller which is plugged into a transmitter. This can then control the car – the GT-R/C – from just about anywhere within two-thirds of a mile.

Anywhere, in our case, was a Nissan Qashqai driven by one of Silverstone’s instructors. Taking up a chase position, this gave us a sort-of chasecam view of the GT-R.

Although Nissan trusted us with the controls of this 542hp remote control car, there’s a few safety systems. A boot-mounted compressor can apply maximum braking pressure, while a remote kill switch will deactivate the fuel pump.

The PS button sets the car into a live state. From there the driver changes into forward gears with the D-pad up button, and then the car is entirely operated by the joystick and triggers – R2 for power, L2 for brakes. 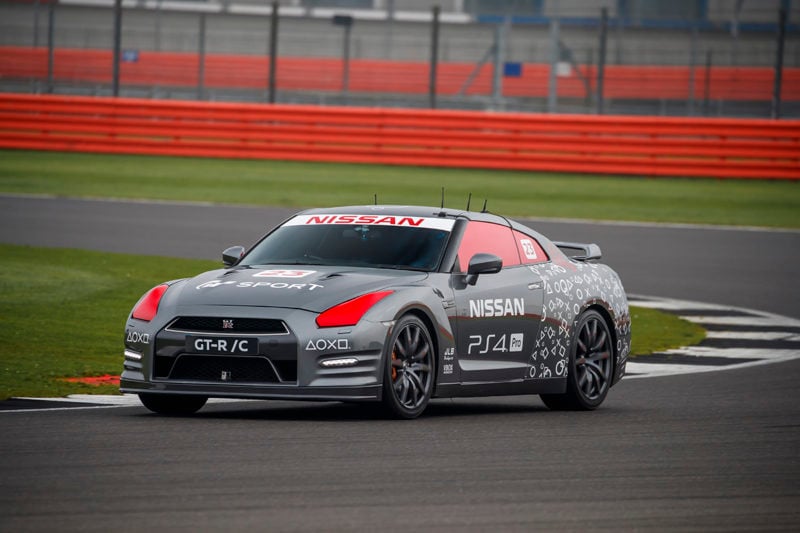 It’s an incredibly unnerving experience – the steering is quicker than human hands and accurate to one part in 65,000. The car can also both accelerate and brake far faster than the chase car. Still, we didn’t crash it.

Getting the car going was nerve-wracking. This is an older GT-R but still hits 60mph in around three seconds. It didn’t take long to start to drop the Qashqai. Overcompensate and brake, and the GT-R/C stops on a dime.

Gradually we found a rhythm, and then we had steering to contend with! Judging the car’s position was difficult given our chase car’s position. But with gentle adjustments it’s possible to place it reasonably well. At least until you get to the straight bit again and have to realign the car…

Then the team threw us a curve-ball: can we reverse-park the GT-R/C? Selecting reverse on the D-pad, the controls are the same – but now we’re not only dealing with the disconnect, but doing it backwards too! We aced it, mind, but it may have been luck, not judgment.

So Nissan wired the car up with a Racelogic VBOX to transmit live telemetry. It then brought in a Robinson R44 Raven II helicopter to give Mardenborough a better view.

Amazingly, he took this GT-R around Silverstone’s National Circuit in 1:17.47 – only ten seconds behind our own fastest real lap in the same car – and hit 131mph down Wellington Straight.

You can watch the amazing video of this above – and whip it out next time someone says it’s not realistic to drive a car with a PlayStation controller!