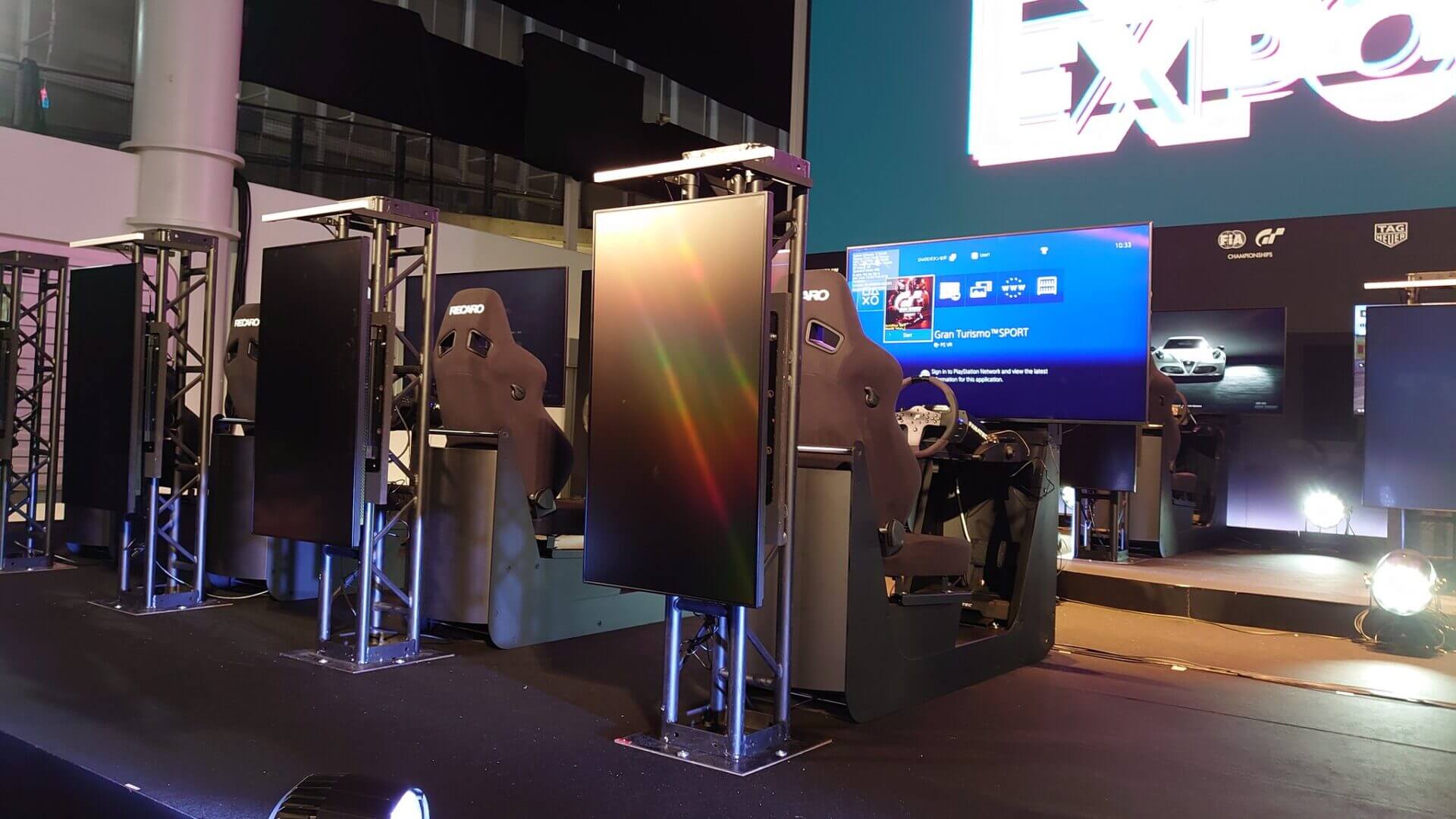 If you’ve been keeping an eye on Gran Turismo Twitter today, you’ll have spotted something rather unusual. A Tweet posted by racing driver Teruaki Kato showing the GT Sport World Tour stage build at the Toyota Mega Web venue has revealed a very unexpected equipment change.

While every World Tour to date has used Thrustmaster wheels — specifically the Thrustmaster T-GT — Tokyo will not. Instead, each of the player rigs has a Fanatec CSL Elite wheel.

The surprise change has met with some raised eyebrows among competitors attending the event. Several of the finalists use the Thrustmaster T-GT, some receiving them as a prize for reaching the World Final in Monaco last year. A switch in controller might undo all of their pre-event practice, and upset the rankings to deliver an unexpected result.

It’s certainly not unusual for Polyphony Digital to change official wheel brands. Those of us who played older games will remember when Logitech was the official wheel of Gran Turismo, from the Driving Force Pro — which came in a special Gran Turismo 3 bundle — to the G25. In more recent years, Thrustmaster took over that crown, with the T300, T500, and T-GT all being official equipment.

Does this signal a change to Fanatec? Well, according to our sources on the ground, no. This isn’t an official partnership change, just something that, due to circumstance, is unique to this event.

As it happens, Fanatec’s CEO, Thomas Jackermeier is a GTPlanet member, and in response to a user suggesting there may be an official Fanatec wheel in the works, asked how much he’d like to bet on it…