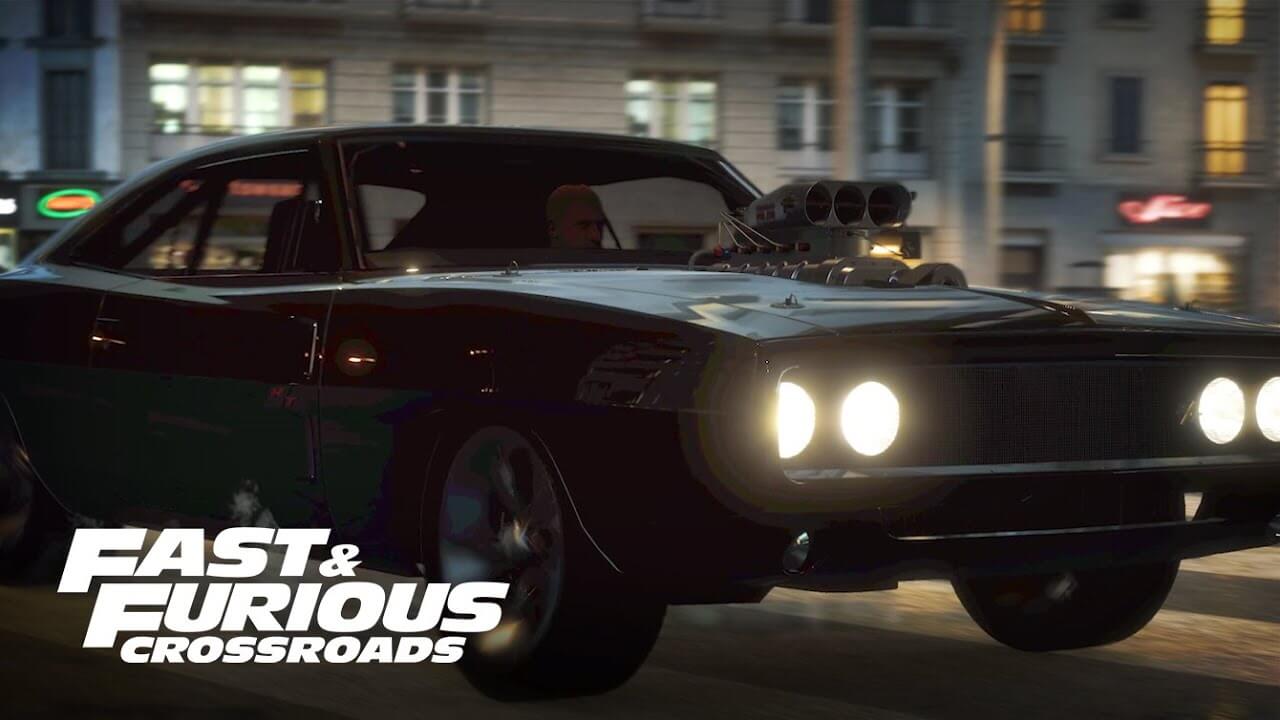 Players will soon be living their lives a quarter-mile at a time, with the reveal of the new Fast and Furious Crossroads game.

It’s a title we’ve been expecting for over two years, after Slightly Mad Studios boss Ian Bell dropped a rather unsubtle hint about a new franchise. Nonetheless, the timing of the announcement did come as a surprise. Actors Vin Diesel and Michelle Rodriguez — Dominic Toretto and Letty Ortiz in the films — revealed the game while presenting at The Game Awards.

Developed by Slightly Mad, Crossroads will be a team-based action game set in the Fast and the Furious universe. Think heists, but with exotic cars and you’d be on the right track. Not many details came to light during the reveal, though the trailer appears to follow the story and action style of the films.

The trailer kicks off with a Yenko Camaro trying to escape the grasp of the police. Afterward, we’re introduced to three characters who appear new to the F&F universe, but one of whom clearly has ties to Toretto.

Diesel and Rodriguez will play their respective characters in the game, and the trailer also features Tyrese Gibson, reprising his role as Roman Pearce. We don’t yet know if any other established Fast and Furious characters will also appear, although we wouldn’t put any money on Dwayne Johnson or Jason Statham. It’s not clear what point in the film timeline is the setting for the game, so there’s a chance some departed characters may pop up.

There’s plenty of over-the-top action sequences known to the franchise sprinkled through the trailer. In the short, 90-second clip alone we have, a Plymouth GTX chasing down a turret-equipped tank — similar to Fast 8’s Ripsaw — and what looks like a heavily customized Land Rover Defender, possibly a Bowler of some stripe, outrunning oncoming disaster. That’s not to mention drag racing, someone jumping from a Baja Bug onto a train, and — curiously — a pair of hot Renault Meganes. Also a hovercraft.

Fast and Furious Crossroads releases in May 2020, on the PC, PlayStation 4, and Xbox One. Keep an eye on GTPlanet for more details on the game as they’re available.

Jordan Greer · Dec 13, 2019· Comments
At the recent Gran Turismo World Series Finals in Monaco, I had the chance to be one of the first humans to race against Gran Turismo Sophy, the radical new artificial intelligence system developed by Polyphony Digital and Sony AI.

Andrew Evans · Dec 13, 2019· Comments
The newest Gran Turismo 7 Daily Races are now available, giving players some fresh challenges to occupy them for the next seven days.

Andrew Evans · Dec 13, 2019· Comments
The latest Forza Horizon streams have revealed what players will be getting up to over the next couple of months, with the new Series themes, activities, and rewards for Series 15 and Series 16.

Gary Slater · Dec 13, 2019· Comments
As 2022 begins to enter the closing stages, Forza Horizon 4 welcomes December with an apt Winter season. With festive plans beginning to take shape, players are continuing to hunt down the latest events.

Andrew Evans · Dec 13, 2019· Comments
The final set of Forza Horizon 5 seasonal playlist challenges for the current Series is available from today, with seven more days to get through the donut-based activities.

Andrew Evans · Dec 13, 2019· Comments
The latest seasonal preview for Forza Horizon 5 will stream later today, Thursday December 1, revealing what new content, challenge, accolades, events, and world changes are coming up for players over the next couple of month.