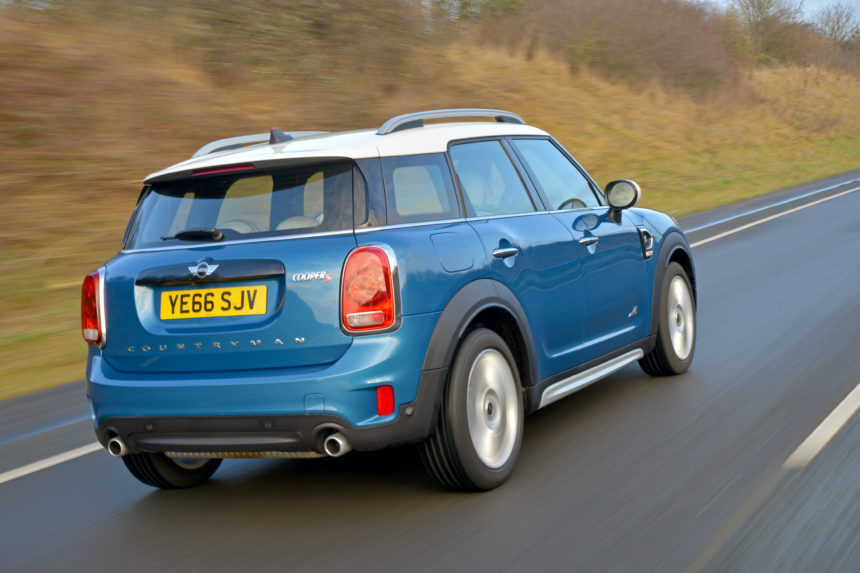 It’s hard to imagine a brand that has enjoyed such a renaissance and undergone such a change, while seemingly remaining the same, as MINI.

The original Mini was a precision-engineered marvel that drove with aplomb. It was also horrendously dangerous and lost the company money for each one sold. The new brand, under custody of BMW, has kept what was good and remedied the bad. MINI is now a premium brand — a far cry from the British Leyland days.

We’ve been out and about in the latest model, the Countryman.

But you’d be right. The Countryman is the biggest car Mini has ever made, and this second generation is bigger still. It is now very firmly a C-segment crossover, putting it in the same class as the Nissan Qashqai and Kia Sportage.

Hilarious puns about size aside, it’s still recognizable as a MINI, even if you take it apart. It uses the same platform as the hatchback — stretched a little — and the same range of engines and gearboxes.

This second generation car is the biggest yet, and it’s not exactly by small margins either.

MINI has added eight inches — yes, eight — to the Countryman’s length, along with more than an inch of width. It’s not necessarily obvious at first glance, as the styling hides much of the change, but the new car is bigger than the old one by as much as the old one was bigger than the hatchback.

That makes for some pretty major differences. The old car sort of sat between two classes, like a B-segment car at C-segment prices. It was a tough sell, but MINI sold plenty of them. The new one is very definitely a C-segment car. 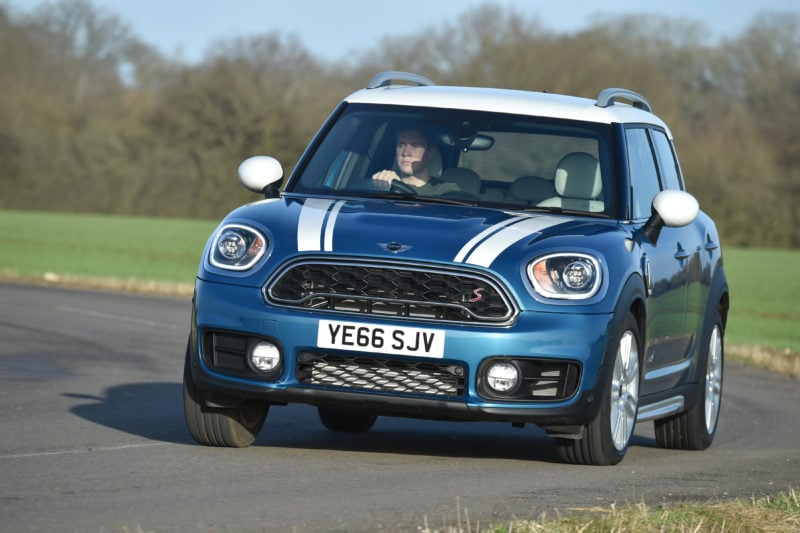 So it’s just another podgy crossover?

Well, it’s certainly grown somewhat, but MINI has set itself out as a brand that makes cars that are good to drive. Flick the driving mode switch over to Sport and you get a message that pops up in the binnacle stating “Maximum Go-Kart Feel!”.

That’s a rather bold statement for a car stacking in at 3,500lb. The Countryman is very much not a go-kart, but it is surprisingly agile. It doesn’t feel that much like a big car, and it has the same sort of direct, quick steering that you’ll find across the MINI range — particularly in sport mode.

There’s a nod to grown-up stuff by way of a little deadzone around the center of the steering range — you’ll find a similar setup in the Clubman estate — which makes it far less of a chore to drive. The regular MINI hatch is always fussing away and it feels a little artificial, where this car is more sedate. We don’t doubt which is the quicker down a country lane, but if you’re going to end up on the motorway you’ll be happier in the Countryman.

MINI’s got the ride nailed down as well. Leave it in sport mode and you’ll definitely feel more of the road surface, but otherwise it’s a relatively isolated environment. A bit of wind and road noise at speed is the only wrinkle and it’s not really a major issue.

The downsides are that it’s not a hugely engaging drive, despite the Cooper S badging. It’s okay, but not quite up with the class best or with MINI’s best either. You’re also not looking at a particularly frugal way to get about, as 40mpg (Imperial) on paper rather rapidly turns into 30mpg. If you’re good. The eight-speed automatic is also probably one speed too many, as it does seem to change gear with alarming frequency.

Our car also totes ALL4 four-wheel drive. We did give it a little tester off-road and it gave a fairly reasonable account of itself, even if the course wouldn’t challenge a regular MINI. It’s not going into the depths of the Bolivian rain forest, but you’ll be happy to have it on a cold winter’s morning. 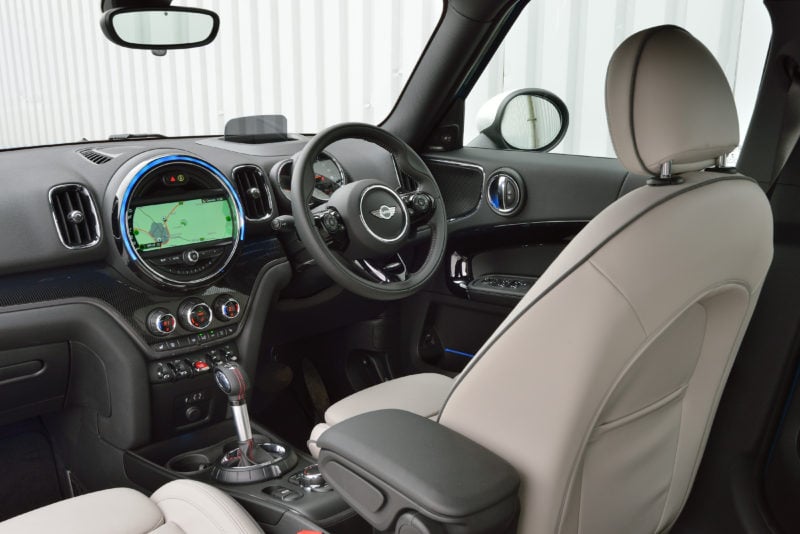 Bet it’s stingy on kit though?

Not so much. Certainly MINI has been a bit patchy on this front in the past — we remember that even the glovebox on the original MINI hatch was an optional extra — but the Countryman is generally well-specified. It helps that we’re in what’s essentially the top-of-the-range Cooper S trim, but there’s a high level of standard kit now.

MINI now adds the “Pepper” pack as standard — which includes alloy wheels and a leather steering wheel — as around three-quarters of Countryman buyers were adding it anyway. Satellite navigation is also standard fit, along with Bluetooth. Park distance control is a very useful standard item too, as bits of the Countryman are a quite hard to see at times.

Our car also had the Chilli Pack fitted. This adds in automatic air conditioning, the driving mode selector, sports seats and LED headlights. You also get multifunction controls on the steering wheel. We can’t help but think that some of this should be standard fit, on a top-spec car, rather than in a £3,000 pack, but ultimately the Countryman isn’t particularly far off rivals when it comes to price even after the extras.

There’s all sorts of other trinkets available too. You can opt for a panoramic roof, wireless phone charging, sports suspension, an automatic tailgate and even a picnic table. We dread to think what kind of bill you could rack up if you ticked every box — and don’t forget that MINI also has loads of personalization features too, from paint and alloys to stickers and decals.

One neat standard toy is the MINI Countrytimer. We’ve seen similar things before with the convertible MINIs, where the car rates you on how often you have the roof off. This time the car measures how much you drive on uneven, unsurfaced and sloping roads and gives you a rating accordingly. It’s a bit chintzy, but then no-one could accuse MINI of being dull. 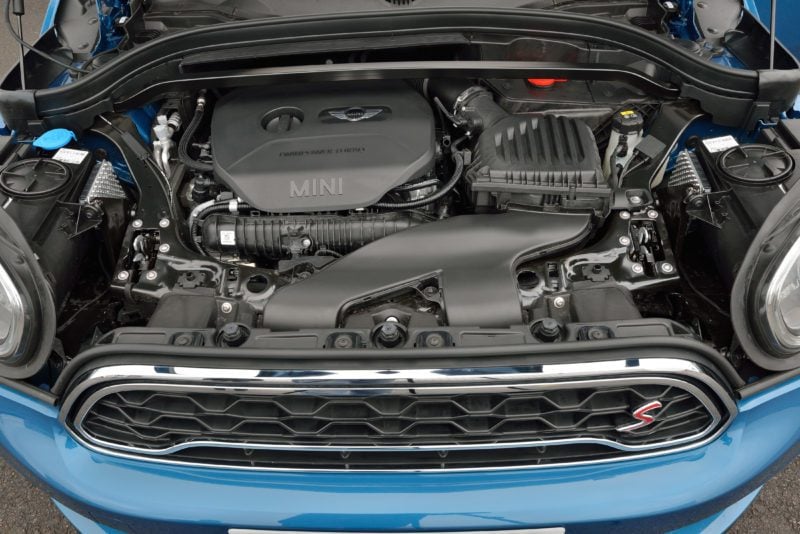 Who’ll buy a Countryman then?

C-segment crossovers are one of the largest markets in Europe, because they do so many things at once. They have the footprint of a normal family car, so they fit on driveways and in parking spaces. There’s room for all the family inside, and they give a nice, elevated view of the road.

Now the Countryman is a genuine contender in that sector, the blunt answer is everyone who would buy any other family car. The extra space on offer now gives the Countryman the same credentials as anything else. The pricing isn’t that different either. It helps that MINI is an aspirational brand too.

It’s a fairly crowded sector, especially in Europe. The big hitters here are Nissan’s Qashqai and the rather personable Kia Sportage, but just about every brand has one now. Ford has the Kuga, Vauxhall/Opel has the Grandland X, Peugeot has the 3008, Renault has the Kadjar, Mazda’s is the CX-5, there’s the Toyota RAV-4, the Honda CR-V, SEAT’s Ateca — stop us if we’re boring you.

But MINI does carry that German-quality prestige appeal, and although many of the above cars have their charms, it’s aiming at a different market. Most likely to be cross-shopped is the BMW X1, which is very closely related to the Countryman. Buyers will also look at the Audi Q3 and Mercedes-Benz GLA. Also consider the Volkswagen Tiguan. 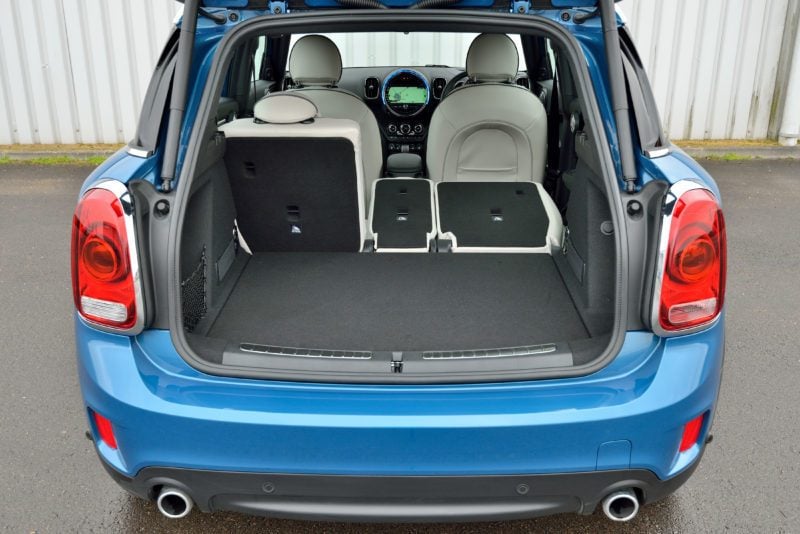 It’s surprisingly difficult not to recommend the MINI Countryman. Okay, it’s not a proper car enthusiast’s car, you’re most likely to find it blocking the school car park, the styling is very much a matter of taste, and it really is stretching the idea of the name “Mini” to extremes now, but it’s a hard car to dislike for objective reasons.

The Countryman is well-made, way more spacious than before — you’ve got over 400 liters of luggage space and you can sit three normal people in the back at once — and has more tech and toys than its predecessor.

Absent the badge and some rivals offer just as much for less money. That said, the Countryman is no longer a quasi-crossover you put up with for the brand and now a solid contender. In a category that’s very difficult to stand out in, the MINI does just that.

A considerable improvement over the original car, the Countryman is now the MINI for modern family living. 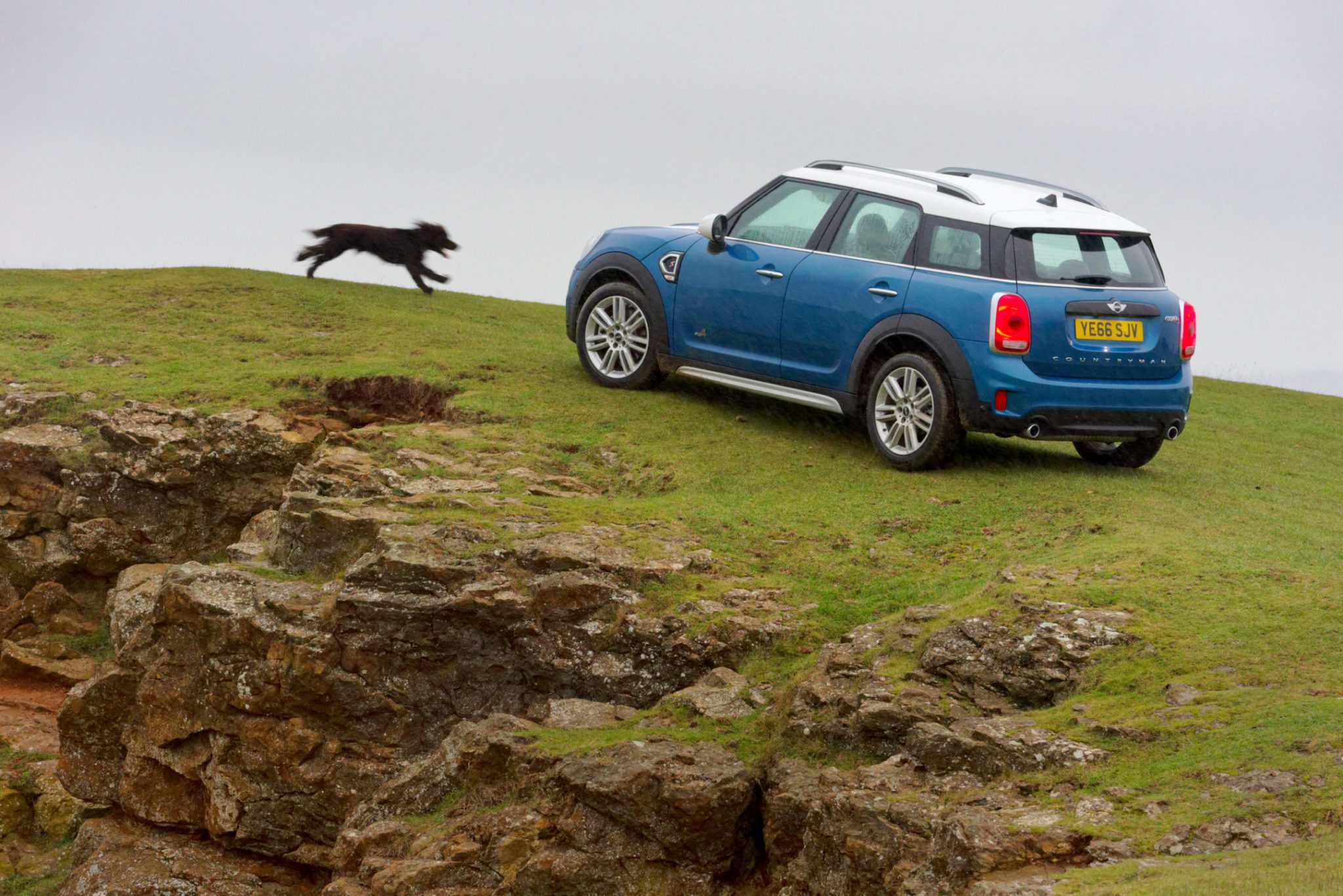 Performance
With no more power than other MINIs, it’s the slowest MINI Cooper S of all. Still quicker than many cars of this type though.
Ride & Handling
Handles as much like a MINI as a car this size and weight can. Numb central deadzone takes the sheen off, but the ride is difficult to fault outside of sport modes.
Space & Comfort
New, bigger body majors on space. Not the best in its class, but good enough for almost all needs. High quality environment makes for a good comfort score.
Equipment
Some odd omissions bundled into add-on packs, but standard kit is more generous than before – including GPS/navigation. What other car has its own mini-game?
Value
Still a whiff of paying for the badge, but the Countryman is a match for many in the sector when it comes to what you get for the money.