U gotta be kidding me.

TenEightyOne
Not quite sure where to put this... but U-Mask, the company that makes the official F1 masks, have been withdrawn from the market amidst claims that their filtering properties are worse than a cheap disposable mask and that their testing data was falsified.

The agents reported to the Ministry that the masks appeared to be medical devices based on the certification of a laboratory that was actually "without authorization" and signed by a person without a degree.
Click to expand...

TenEightyOne
Not quite sure where to put this... but U-Mask, the company that makes the official F1 masks, have been withdrawn from the market amidst claims that their filtering properties are worse than a cheap disposable mask and that their testing data was falsified.

Not surprised considering how often you'd see people adjusting their masks on camera.

The masks need a metal strip across the bridge of the nose, as that's the point that resists movement from moving your jaw while talking. Because the masks they're using don't have that, every time they talk the mask goes down because of the strong chin part and has no resistance, so therefore stays down - hence the continual adjusting.

TenEightyOne
amidst claims that their filtering properties are worse than a cheap disposable mask and that their testing data was falsified.

I'm not seeing where in the article it says either of those things, but it does say that the certification process was signed off by someone without the requisite authority, hence they cannot be considered as FFP3 equivalent masks. That alone would not mean that the masks less effective, or that data was 'falsified', which would be a very different matter.

I've seen a fair amount of comments about how the masks don't stay in place and that F1 drivers are constantly adjusting them, and I've seen plenty of evidence of that myself. But, like other masks, they are not designed for people speaking into them, and hence when F1 drivers give interviews, they are constantly having to pull the mask back up - this is more a sign of incorrect use rather than a flaw in the mask itself.

I bought one plus an extra filter, but was keeping it for if/when I needed a higher level of protection - so it is a bit disturbing to see that they are not properly certified, but I haven't use it yet anyway. I was willing to pay the inflated price tag because they were marketed as being FFP3 standard, but if that isn't the case, then I'll be asking McLaren for a refund.

Touring Mars
I'm not seeing where in the article it says either of those things, but it does say that the certification process was signed off by someone without the requisite authority, hence they cannot be considered as FFP3 equivalent masks. That alone would not mean that the masks less effective, or that data was 'falsified', which would be a very different matter.
Click to expand...

It seems the certification was false in that it wasn't performed by somebody with the legally-required qualifications, and thereby "the effectiveness of these devices was emphasized in a deceptive and aggressive way".

I can't find the original document from Italy's Anti-Trust body but it does appear that these are legal (so the company believes) elsewhere, including the UK, presumably meaning that they stand by their statements about its usefulness and efficacy. To an extent I may have been misled by the Italian media spin.

Day 1 of testing is under way from a hot and windy Bahrain.

Mercedes have done 1 lap and spent the rest of the morning trying to fix a Gearbox issue.

The Alpine thicc engine cover has lots of people talking. Verstappen has had a spin and a lot of the drivers are overshooting Turn 1 as they get used to the new rear on the cars.

It's really jarring seeing MSC on the timings again. 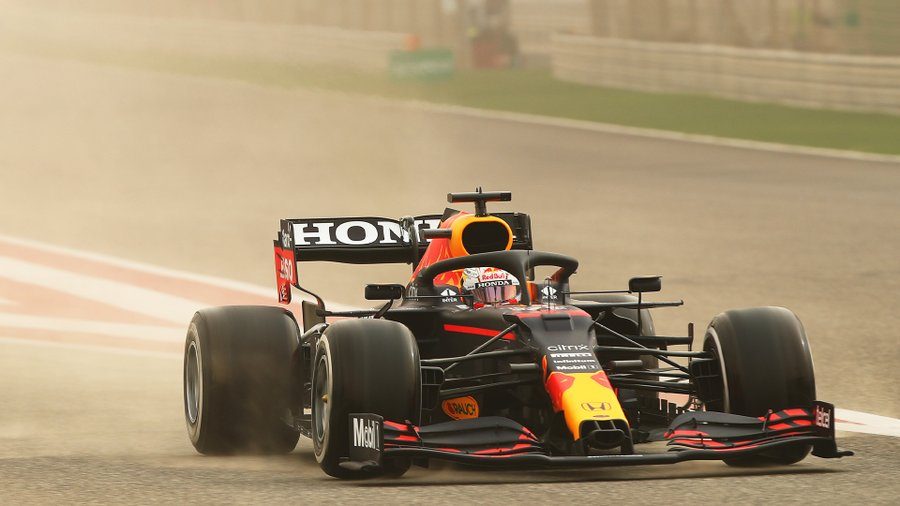 Highlights of the Afternoon Session

Lots of the liveries look great in motion.

Liquid
Lots of the liveries look the same as another in motion.
Click to expand...

I'd like to think the Alpine's airbox is an hommage to the Ligier JS5.

PeterJB
It's really jarring seeing MSC on the timings again.
Click to expand...

I wonder if they changed it from SCH purely for nostalgic reasons. I'm not complaining tho

LeGeNd-1
I wonder if they changed it from SCH purely for nostalgic reasons. I'm not complaining tho

That H O N D A on the wing of the RB is uh-mazing.

Got through Drive to Survive this weekend:


This was a vast improvement on season 2 which just seemed like an excuse to hear drivers' most colourful curse words, but now the series is feeling less like a documentary and more like a drama series. There are a lot of obvious events from last year that weren't covered. Turkey is mentioned once, Russell at Sakhir is mentioned once, Russell himself has one line the entire series, Verstappen and Raikkonen barely appear at all, and we hear absolutely nothing from Kyvat, Latifi, Huelkenberg, Fittipaldi and Aitken. Netflix are clearly obsessed with Ricciardo as he's had an entire episode to himself in every season so far. There's a surprising lack of Hamilton except for his secondary role in episode 3 and a monologue at the end of the last episode. Sochi gets an entire episode to itself, and Monza becomes the focal point three times.

There's a whole episode dedicated to a largely-fabricated rivalry between Norris and Sainz, and they're still using fake commentary, which I can't stand, as well as mix-and-matching radio messages from different races. That being said, it puts Lawrence Stroll in a very different light as he comes across as someone who's actually passionate about racing rather than a businessman just trying to make a quick buck. Binotto has absolutely no credibility in anything he says. The Haas episode is the juicy :censored:show we've come to expect from them, but the real highlight is the way the Bahrain episode is handled, and the way all the petty rivalries and conflict don't matter for the time being.

Oh, and there's some Bott-ass in episode 3.

The formatting is a bit dramatic for my liking, particularly as it feels like they've had to add it to relatively minor events rather than just use all the big ones. A lot of the "private" conversations, particularly ones away from the races feel increasingly scripted now as well. I'm assuming next year Mazepin will get quite a grilling, and I guess we'll have to see what else happens that they can work with.

Re: Drive to Survive

I think the focus on some drivers is partly because some are more charismatic than others, some don't really do anything that's interesting enough to put in the show, and I suspect the drivers, the teams, and Liberty Media have a lot of say in what gets to be put on TV or not.

Ricciardo is clearly better on camera than most drivers on the grid which I suspect is why he gets a lot of airtime. Dramatically it also makes sense as a character arc since he's one of the ones we get to follow from season one onwards moving from team to team.

Kimi as a contrast makes for boring TV. He'd rather just go home and doesn't make any waves in his career at all during the time of DtS.

Considering the airtime Russell got earlier though with comments about Toto putting him in his car it's surprising we don't get to see his Mercedes drive, so I suspect that Mercedes vetoed enough of that content to the point where they couldn't make good TV out of the remainder.

I thought it was garbage. Putting aside the manufactured drama for a second, there are so many continuity errors. For a production house the size of Netflix, it's downright amateur.

The whole idea that teams would "discover" in Austria that Mercedes were using DAS while that should have been covered in the preseason episode, the poorly edited episodes about Monza that are all over the place with the events that occured that weekend (showing Sainz passing Raikonnen and Gio before showing Leclerc's crash and the redflag, Hamilton's penalty appearing after everyone else had pitted... It's chronologically inaccurate throughout the 10 episodes, and they missed a lot of stuff that would have been genuinely dramatic (Max crashing in Hungary and the team rebuilding the front end on the grid, Hulk, the whole Mugello fiasco, Turkey, hell even Mercedes' tire woes at Silverstone was left largely untouched) and instead manufactured two episodes about Russia and Abu Dhabi, the two most boring races this year. There's little annoying things like Horner leaving his house to enter his DBS and seeing outside shots on the road of a first gen V12 Vantage, to downright frustrating fake storylines like the Sainz/Norris feud.

I get that it's aimed at the casual fan and that it's not an actual documentary, but when even casual fans (like my wife) can notice the BS and inaccuracies, it's clear that this is just a reality show with racing bits to fill time.
Last edited: Mar 21, 2021

I've never even bothered watching a single episode of it. Don't need a fake Hollywood dramatised version of F1.

andrea
Where's the bloody thread for this week's grand prix?
Click to expand...