Best rewards/unlockables in a video game?

I don’t know why I didn’t consider making this thread sooner, especially since I made one for the worst rewards already, but their are some rewards I have wanted to talk about in games lately and I don’t know of any good threads on this already. So here it is!

While games have a ton of rewards for doing specific tasks, some of them stand out more than others and some of them are better than they have any right to be. I am sure we have our favorites somewhere and this is the place to talk about them!

If you wish to discuss the worst rewards in video games, go here.

The queen of Inazuma has arrived at last!

Well this was an interesting topic to start as it got me immediately thinking about all the games over the years I've played and then I started to think which ones stood out.

I would say GTA V has some very good unlockable for your efforts in the various hide n'seek items that you have to collect in the game so the Space Docker can be obtained by collecting all space ship parts etc there are so many in GTA that I feel are very good but particularly pleased I got the Enus Paragon R Armored for doing the Casino Missions as that has saved my life countless times.

One game I do think though that many will never play is Hatsune Miku Project Diva X on PS4 (weblink) https://miku.sega.com/divax/game.html
as unlike most other Miku games the costumes and accessories were locked into certain songs that you had to play a specific way to get the unlock so it was very satisfying to play and be rewarded with a rare costume and so forth as they also gave additional benefit perks that made playing songs on harder difficulties easier etc..

I am sure I will think of others in time. 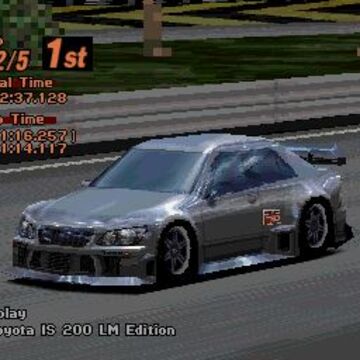 This is one of the cars you get for completing the Rome City 2 Hours Endurance and while the race itself is mind numbingly boring, this car is an awesome reward! Back in the day when I used to play this game frequently, their were races that required cars with 591 HP or less and I struggled so much to find a car that met these requirements and could easily dominate the competition. I generally had a huge problem trying to win some of these races. However, once I got this car, not only did I love the way the car looked, but it was within the requirements for these races from the get go and it dominated in every 591 HP race I used it in. Needless to say it was the solution to my problem I had at the time and one I still look at fondly today.

While I still loath at the thought of having to do that endurance race again, or any endurance race for that matter, I can't hate it too much knowing this car will probably be one of the cars I get for beating it.
Last edited: Apr 12, 2021