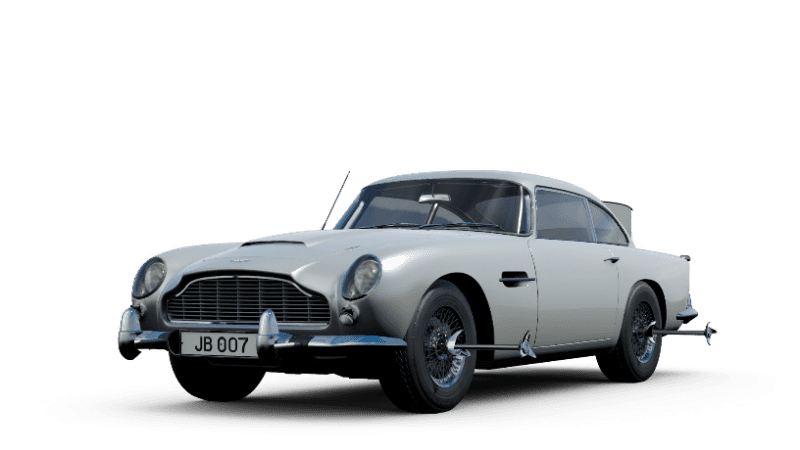 This is a thumbnail leaked with FM7, but I guess that some "Bond Edition" has a gadget as a body kit.
Things like shields on the trunk could possibly be selected as rear spoilers.
Also, like Forza Edition and FH3 Hot Wheels cars, there is also the possibility of having a dedicated design license plate.

Only the DB5 will be in the main game. The others are missing from the official car list. And yes, I think (I'm afraid) Forzavista will be the major difference.
R

As long as the cars come in stock form as an option, I would be happy.

I hope this pack comes with the a Classic bond gun barrel scene emote.

ShawnPhillips
I hope this pack comes with the a Classic bond gun barrel scene emote.
Click to expand...

And how cool would it be if the BGM changed to this when you opened Forzavista for any of the 10 cars?

It's pretty cool that they're using the actual '81 2CV6 instead of the earlier model in Forza 7. The early 80s model might be my favourite with those funny rectangular headlights

Hardly paving the way when the road was paved years ago. FH2, FM6, and FM7 have all had Fast and Furious themed packs, There was the Hoonigan packs for FH3 and FM7, The Formula Drift pack coming to FM7 and FH4, and the Motorsports All-Stars pack for FH3.

I’m happy to see the DBS on the list. I was wondering where it was in the car list.

I've been wondering about this too. I'm wondering if the DB5 will be the original 280hp model, instead of the 320hp vantage version forza has always used

Edit: I just checked the official car list, and the Z8 and DBS aren't there 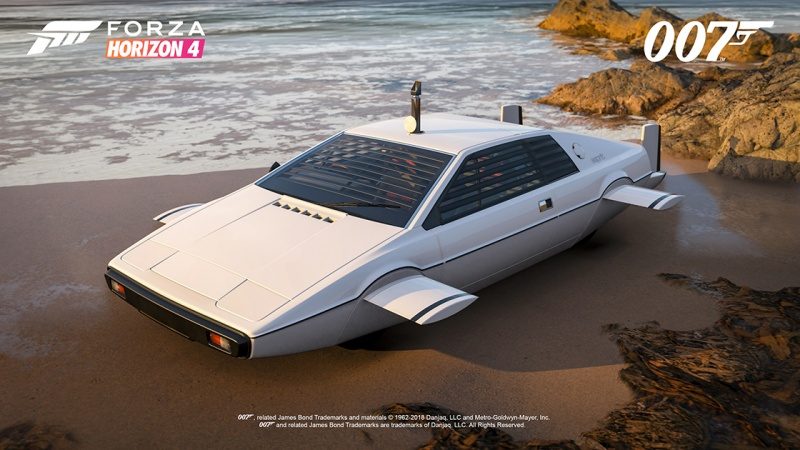 Best Body kit of the Year.

I thought the Z8 was in the official list. If not, then they are just mildly changing the license plate holder and the year? That seems kinda cheap :/

Looking forward to so many cars in this pack, but the AMC Hornet and '69 DBS are the ones that interest me most.

Best Body kit of the Year.
Click to expand...

I'd love to paint this maroon, like in For Your Eyes Only - though if it becomes the Lotus from that movie, it'd blow up if anyone bumped it hard!

Will this be re-released as a normal pack for those who got the game later?

Yes. It will be released as a car pack on October 2nd.

Is it safe to assume that every car in this pack will be available to drive with bone stock performance and appearance? Maybe the Aston Martin DB5 is an exception since it's also part of the main game content.

I wish the marketing was a little more transparent here.
R

I tend to agree with HuskyGT. Not really sure why they didn't just keep the DBS and Z8 in the game and add two completely new cars? I mean, they added the likes of the 1969 DBS, 1974 AMC Hornet X etc that are unique so why not the same with those two and the 2CV??

I thought their choice to go with a 007-themed pack had to do with the recent agreement between Universal and Eon Productions, and the good relationship MS already had with the former... But the licenser for this pack is, apparently, MGM? Means they must've gone the extra mile and contacted a company they had no prior agreements with to give us this Bond pack.


HuskyGT
I thought the Z8 was in the official list. If not, then they are just mildly changing the license plate holder and the year? That seems kinda cheap :/
Click to expand...

It should also have some extra Forzavista functionality - IIRC the car featured in The World Is Not Enough had missiles mounted inside the side vents, with a targeting display in the steering wheel. Not their best effort, sure - but compared to some of the cars we got in the Fate of the Furious DLC, I'd say it's grand.

If they manage to include the Monty Norman theme inside say... "Timeless Classic FM" then they truly deserve to win GOTY.

I feel like they will have two versions of the Lotus Elite with the fins and snorkels etc. as a bodykit.

I mean it would be great if it was actually transformable in real time.
S

strela
The Day One Pack will be available as a separate pack for players that didn't bough the Ultimate Edition after October 2nd for extra money.
Click to expand...

UKMikey
I hope the Esprit Bond Edition turns into a submersible for exploring the lake during the summer season.
Click to expand...

HuskyGT
I thought the Z8 was in the official list. If not, then they are just mildly changing the license plate holder and the year? That seems kinda cheap :/
Click to expand...

If you look at it outside of being a James Bond fanboy then these are just ordinary cars you generally got in FM or FH with some fancy fixed modifications you can add.

I apologise if you can actually activate the MI6 mods in real time.

In fact isnt the Vanquish and the Boss 302 Mustang already in there as ordinary cars? You could almost complete the others with what is already there.

Nielsen
Is it safe to assume that every car in this pack will be available to drive with bone stock performance and appearance?
Click to expand...

TonyJZX
If you look at it outside of being a James Bond fanboy then these are just ordinary cars you generally got in FM or FH with some fancy fixed modifications you can add.
Click to expand...

I still hope they'll bother to give us (or in some cases, give us back) the standard version of the cars those Bond editions are based off, tho. Mostly, that is because I am much of a factory paint guy, and I want my Esprit in yellow, thanks.