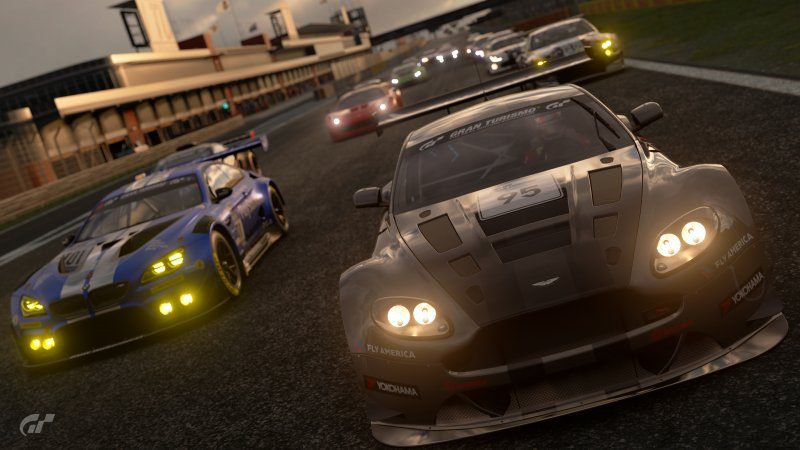 Since GT Sport has now gotten an Online Racing section, it's time to do as I promised a long time ago - give hosting an endurance race a shot.

Remember to sign up via. the "Signing Up" section. Because let me tell you, posting your PSN ID in the thread doesn't do it. How much more obvious do you want me to make it? 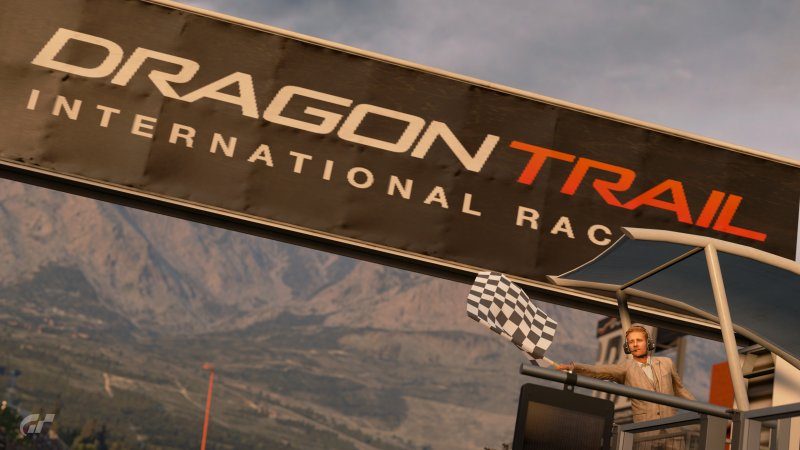 That, however, is not to say we can't get somewhere close. Dragon Trail may be no Grand Valley and it may have some problems in terms of real-life feasibility (though, let's face it - that's the case for most original circuits. Some would say that's part of the benefits but that's a different discussion), yet it is unmistakably a GT original - from the widened curbs at the "reverse Corkscrew" at Turn 2 to the S-bends that are only too reminiscent of Apricot Hill to the run along the coast - this course has it all.

It may be this "best-of-the-classics" feeling that contributed to the circuit becoming a fan favorite during the Closed Beta. Completely new, yet instantly familiar.

As the focus of Gran Turismo shifts towards online competition, let's kick off this second generation of Gran Turismo in arguably the best possible way - by paying our respects to the classics. Don't just burn it all to the ground. Combustible lemons aren't good for your health anyway.

Regardless, remember to self-volunteer for testing sign up for the event in the "Signing Up" section and follow the yellow line instructions in there. You'll know when the test signup procedure starts.
Privacy: Public (you will be required to enter a password in chat upon joining. More on this later)

Filter by Category: Gr.3
Balance of Performance: On
Tyre Ratings: Racing Hard - Racing Medium
Note: Only full sets may be used - both compounds must be used for at least 3 laps - including in- and out laps.

Ghosting During Race: Off
Flag Rules: On

Penalties:
Some in-game automated penalty systems (shortcut penalty, most notably) will be used for the qualifying session, but turned off again before the race. Any incidents will be investigated after the race and time penalties will be served where applicable.

Signing Up:
In the "Signing Up" section
As the number of entries has significantly exceeded 16, a pre-qualifying has been added and will be mandatory.

Pre-qualifying will make use of the online lobby system and the PS4 Share abilities.

In order to pre-qualify, you must:

- Start recording on PS4. This is done by double-clicking the "Share" button. Make sure your capture length is not set to a ludicrously short length - make it 30 minutes or an hour to be safe. For more info, see here.
- Set up an online lobby with the same settings as described in the "Lobby Settings" section, except for the lap count being irrelevant and off-track penalties set to "Invalidate Lap Times". This includes tyre selection - Racing Hard or Racing Mediums only.
- "Enter" the track in your lobby. If done correctly, a BoP notification will pop up. This will confirm that your car is running to the correct specs.
- Perform a total of two laps. The first lap will act as an out-lap, and the second will act as your timed lap.
- Upon completion of your timed lap, press "Share" followed by the "Square" button to save the video clip.
- Should you wish to perform a second run, restart recording and slowly scroll through the lobby settings, then repeat above procedure.

Once you have a run you're satisified with, it is your job to get the recording of said run to me. I basically don't care if you send me a link to a YouTube video of your run uploaded directly from the PS4 itself or you put it on a USB drive and upload it to a file sharing service somewhere. The point is you get your run to me.
I will have a look through all runs and will set up a "priority order" based on the times achieved by each driver. This will be used only in case of more than 16 people showing up on race day, and it will be your responsibility to know where you fall on that list.
If I have any doubts as to the legitimacy of a run (i.e. the video has been edited, you have somehow avoided a penalty etc.), I reserve the right to disqualify a run. The participant will be notified by Conversation on GTPlanet.

24 hours prior to race start, I will ask everyone to confirm their entry. The number of people confirming will affect how the above "priority order" comes into play:

- Should 20 or more people sign up, but only 16 actually show, the race will be reverted back to a single lobby, but follow the same rules otherwise.
Pre-Qualifying period ends: November 22, 19:00 CET (countdown)

NOTICE:
Once the Qualifying Period has started, new players may no longer join the session. You may rejoin if you were in the session prior to this and was disconnected.

Keep in mind as well, once the Qualifying Period begins, exiting to the menus/cancelling your entry will invalidate your best time. It is thus recommended that, once you have entered the track for qualifying, you *stay* on the track until the race begins.
I bet you'll be pleased to hear that the total number of restrictions in terms of liveries is:

That's it. Use whatever number styles you want, whatever headlight cover you fancy. Total freedom in that regard.

Except when it comes to signing up. That's happening in the next part.
And now, on to the part where you sign up:

Sounds like something that could definiately be of interest depending on the actual timing of the event. Keep us updated.

Sounds interesting. I don't have much time and I'm not consistent but when I have the time to race I would see this as great chance to improve and have a nice race

Did these endurance races with you guys back on GT6, and you bet ill join you guys for this event

I'm for sure interested but again depends on timing. User GTP_balang_479 (this is a new account as i havent been on here since GT5 days).

I really miss the old days with endurance races. When do you think you'll have an idea on dates? and what region are you in?

Well, the idea behind doing things like this is that, ideally, people would tell me what times would work best for them, we'd have one giant dialogue and come to a solution that suits as many as possible.

Of course that means people would first have to state any interest and then be willing to take things - whether good or bad - from there, which I realise is a very difficult thing to do, but there we are.

Saturdays are cool, evening GMT hours, hopefully I won’t be working on the decided weekend

PST here. Which means no weekdays for me. Most host at 8pm Central time. Too early for us west coast folks to get off work.

This sounds pretty cool, unable to commit to any leagues atm. So a one off race would be pretty dope. I’m pretty slow, but love endurance racing.

I'd definitely be interested in this, think it could be a blast in GTS, the 300KM races of GT past were one of my favourites, so it gets my interest.

Time wise, well I'm fairly easy going for now, I'm to see what times/dates other people are interested in, are work from there. Otherwise, if I was to hazard a guess time, I'd say anything post evening, so say 6PM+ GMT.

Again, regarding the date I'm pretty free in November unless something pops up 👍.

I'll keep my eyes in this for the time being. I do my final race on GT6 November 4th before moving full time on GTS.

Alright then, let me throw a date out here and see what happens. Again, this is by no means the final decision:

Keep in mind we are looking at somewhere in the region of two and a quarter hours for the whole event.

Ph1sher
Did these endurance races with you guys back on GT6, and you bet ill join you guys for this event

Found you. I'm looking for a club as well

Depending day and time. Im defniatly up for this

Sounds really interesting....plus for a GTS exclusive, the dragon trail track is a lot of fun!

Since there's been neither complaining, other suggestions or indeed anyone posting more than once, I'm going to mark it down for the 25th, though an hour earlier than I originally said. I am open to reversing that decision if need be. Again, I haven't really been given a lot to work with here.

Link to the sign up for has also been added in the appropriate section of the OP. That, in addition to the ability to convert race time to your local time, should mean the OP is about as finished as it's going to get.

Since there's no date clashes with another series, I officially plan to compete here as part of a grand return to online racing.

Sounds like a great event and would love to participate, hopefully, I'll be able to make the time work.

I’m interested. Do I need to add my name to spreadsheet or does someone else do that?

Damn. If I didn't have another league, I would have done this.

I´m in as well

..uhh, people do realise there's a form in the OP that they need to fill in, right?

And that until you've put your name down on that, you've not actually completed the signup procedure?

rallymorten
..uhh, people do realise there's a form in the OP that they need to fill in, right?
Click to expand...

To be honest Rally, until I saw this entry I didn't have a clue. But I do now and, even though I'm a hell of a tech-phobe I did it at the first attempt. Amazing!

So, me and my maroon Jagwaaaah will be there. It's nothing personal, but I seem to recall that Andreas has consistently beaten (in the racing sense, not physically you understand) me in the past. Let's see what I can do at the Dragon...

Right, I've made it slightly more obvious where the link is. You may not see it at first, but here's hoping some not-subliminal messaging will get the job done.

Also I see nobody's found my reference yet.

rallymorten
Also I see nobody's found my reference yet.
Click to expand...

Sorry, I don't know what this means.

The three laps that must be done on each tyre type, does this include the out lap and in lap, or do you have to cross the start/finish line three times on the same tyres? (ie doing three full laps, plus out/in)