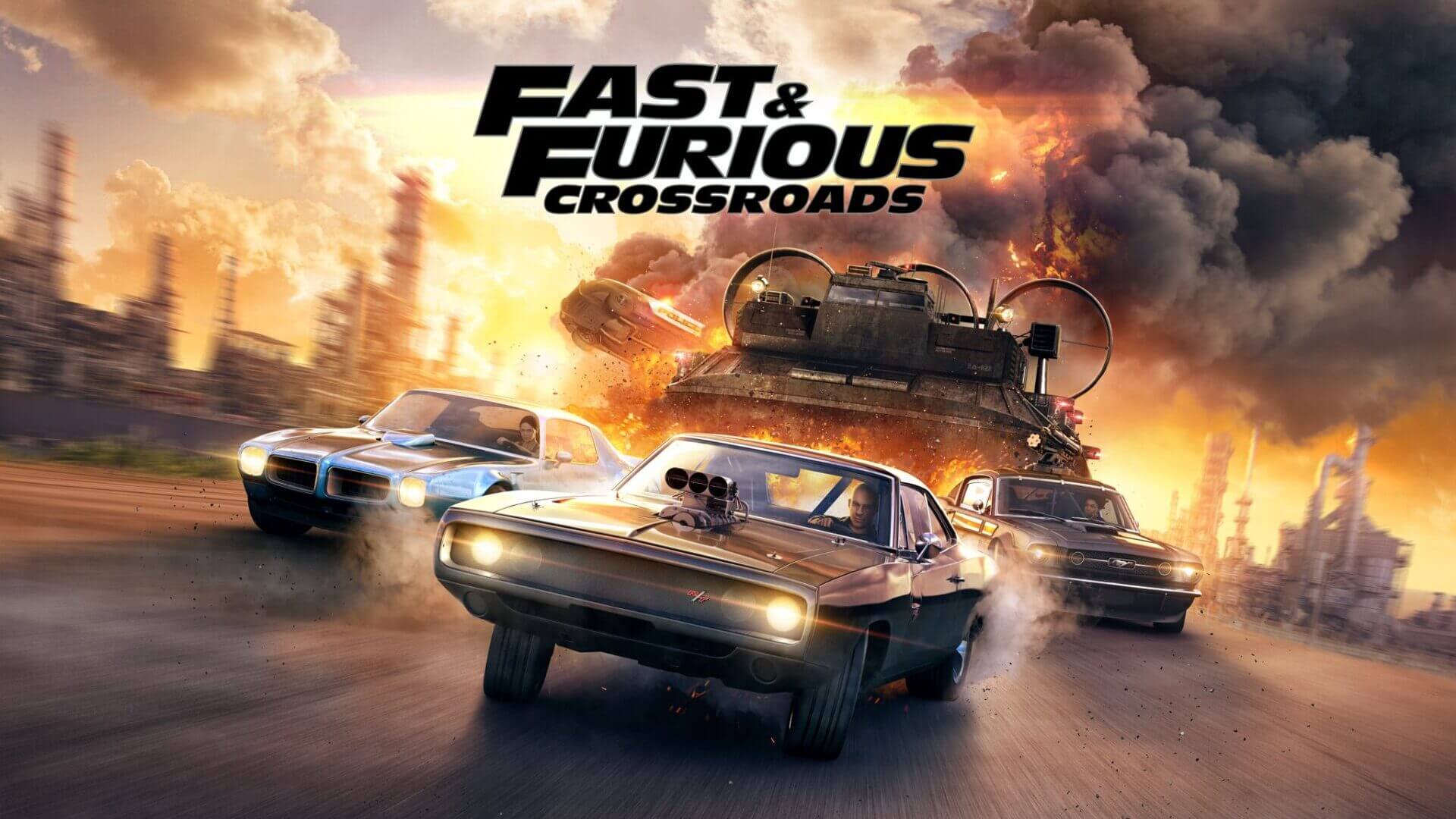 This article was published by Andrew Evans (@Famine) on May 27th, 2020 in the Gaming category.

OOOOh thats waiting for me in my ironic hell as the only game to play forever lol whats particularly funny in the video is the so called jeopardy moments are so telegraphed... DOA

I’ve never watched a fast and furious film and I’m going to give this game a wide berth too.

Is it me or are they basically recycling OnRush ?

It’s been developed by SMS. Just as a reminder for the band of Codemasters haters before they get here.

Hmm... It's gotta be more than just this kind of driving, right? I was hoping to see some street racing mixed in, at least.

I get this weird feeling that there's too much action. Looks like something I'd think is epic if I was...10. It's a bit cringy at first glance.

MagpieRacer
It’s been developed by SMS. Just as a reminder for the band of Codemasters haters before they get here.
Click to expand...

SMS is not exactly a name to be associated with quality though is it? Can you imagine how clown shoes this plays with some of that uber pad implementation they offer up...
B

That trailer looks terrible, a hard pass on that one.

I thought it looked less horrible than expected. But to be honest, I expected it to be very horrible!

"Guess what the latest Need for Speed game is doing, and have a think about which Hollywood film they're copying," the CEO said. "And then I can tell you we have a six-year deal with that major Hollywood company that'll beat what Need for Speed is doing. For the next six years."
Click to expand...

Graphics look mighty good - if we were still in the 90s and this was a launch title for the original Xbox.

FKAustria1911
Graphics look mighty good - if we were still in the 90s and this was a launch title for the original Xbox.
Click to expand...

The graphics are probably the worst part. Everything looks washed out... Even The Grand Tour's game looked better.

Ian Bell is weird... At least Reiza is making good use of the Madness engine...
S

OnyxMoneytron
Ian Bell is weird... At least Reiza is making good use of the Madness engine...
Click to expand...

By modding it on the surface?

Ugh I want to vomit right now. Looks like a freaking PS3 game and the gameplay looks like crap! No thanks!

This is why I stick to games like Forza and GT.
E

Could not even make it till the end of the trailer.

Alexa, play the Curb Your Enthusiasm theme.
Click to expand...

Well A) That's not hard given NFS is still trying to find its voice again (and has slowly made the effort to get there).
And B) It's still better than whatever this trailer was trying to sell.

Emick81
Could not even make it till the end of the trailer.
Click to expand...

NekoPufferPPP
Hmm... It's gotta be more than just this kind of driving, right? I was hoping to see some street racing mixed in, at least.

I get this weird feeling that there's too much action. Looks like something I'd think is epic if I was...10. It's a bit cringy at first glance.
Click to expand...

That's why Tokyo Drift was the best Fast and Furious game.

Nowax
That's why Tokyo Drift was the best Fast and Furious game.
Click to expand...

If only Genki made their FNF, I’d totally would play that and Eutechnyx’s version.

Crossroad’s looks jarring to look at, but I’m hoping 3 more months can help it but I don’t know about that. Very complete radio silence before the reveal isn’t too promising.

Guys, 10 year old boys exist and it's perfectly fine to make games for them. Settle down.

Welcome to F&F Crossroads, a.k.a. "Could've been another Forza Horizon expansion".

I wonder how Ian Bell feels about his typical boastful and bashful nature getting him punched in the mouth. Again. 'Cause yeah, looks like **** Captain.


Beezer215
Guys, 10 year old boys exist and it's perfectly fine to make games for them. Settle down.
Click to expand...

This doesn't look good in any estimation even considering the license, but it's especially concerning considering who the developer is, and the crowd they usually court. Of course people are going to be dismissive when you consider how utterly tilted the industry is towards sim racing, but when you add Ian's typical chest thumping and the fact that this is not only SMS' first true arcade racer, but also the first in a six year licensing deal with Universal, it doesn't exactly bode well, does it?

It's also pretty funny to see the reactions (Even divorcing the fact that SMS is making this game) with cries about how F&F isn't what it used to be, focusing on cars. You guys do realize that the first F&F was a blatant rip off of Point Break, but with street racing instead of surfing? The F&F series hasn't been about cars in years, if ever. It doesn't need to be. It's a heist movie series with cars on the periphery. That's fine.

Juxtapose with these two tweets:

Of course a F&F game would focus on action more then racing, and be linear. What else would you do it as? Tokyo Drift? That game hasn't aged well, and sucked when it came out, as much as I get a morbid fascination with it. People would be (rightfully) pointing out how basic and bare bones of a game it is, even more then they are now.
Last edited: May 27, 2020

Graphics look straight out of last gen and the gameplay itself looks awfully cack handed. It'll probably spawn a ton of memes given how awful its going to be.

Forza Horizon 2's Fast & Furious Expansion focused more on the cars instead of these takedown events.

I'm afraid I don't have enough cocaine to enjoy this game.

Yeah...The Madness Engine wasn't made for this kind of game and it shows. I can see that they've improved animations and added new effects, but it's still not enough imo.
Project Cars particles were not great, but other than the smoke and backfires, we barely see them, but in this game, it's everywhere and it looks ps3-ish. Same thing for the environment. In a closed circuit game, you don't see much of the environment, but we do in an open-worldish game. It just doesn't look good.

Let's hope it's fun at least.


I'm more excited about what the improvements that were needed for this game will bring to pCars Revolution. I can already see some noticeable collisions improvement.
Last edited: May 28, 2020