Boltar
What I think is, that if you're in the same job for 30 years, and get nothing but praise (rightfully so!) - some day you will become lazy. Its human. Happened to Hideo Kojima. 30 years of nearly perfect Metal Gear games and then he delivers Death Stranding, which was complete crap. It was stuffed with Hollywood actors because thats what Kojima is now interested in. Does this sound familiar?
Click to expand...

Eh, Kojima at the very least accomplished what he set out to do with Death Stranding. If anything, MGSV was where he faltered. A mechanically brilliant game let down by a complete lack of content, a directionless singleplayer experience, an unstable multiplayer mode, and microtransactions looming over your progression every step of the way. Sound familiar?

Kaz tried to make the eSports racing game at the cost of everything else and got dumped by the FIA.
B

Techlet
Kaz tried to make the eSports racing game at the cost of everything else and got dumped by the FIA.
Click to expand...

Did He? I'm sorry but I cant see where he tried that. I really cant. The leagues are only for Pros and that was it. The daily races are no leagues, bop and penalties dont work. These two would be fundamental for THE esport racing game. Gt Sports was a lot closer to that.

Do you know apex legends? Leagues for absolutely every skill level. Well balanced, accesible, no major bugs. I hoped gt7 would be that in racing but holy f........

Trucker35
So why don't you try being appreciative instead of whining and moaning, you are what's wrong with this community...no praise just constant venom and disrespect....if it's so easy to make a great game put your money on the table and tell kaz how to fix it, otherwise just don't play anymore...
Click to expand...

Exactly! unfortunately they no longer know how to enjoy videogames. Only criticisms.

Dont compare Hideo with Kaz.
Mgs ground zero shows how MgsV should be. Hideo get cut out of the progress and Konami released an unfinished game.

Death Stranding is a great but diffrent and story driven game. I platin it twice and it was a great expiriance.

Kaz is the boss of PD and decide what happens. In the past he delayed the release by 1 yeahr when he want until it was finished to perfection.
I dont know what happens but something went wrong with Gt7 and some weird decisions are made.
Gt7 didnt feel the same like the older parts and thats made me thinking about it.

Bullwinkle
So when they replace the filter they ought to show a guy pulling out a coffee filter, dumping out the grounds, and placing a new one in, all while a bicycle horn is honking the whole time. That would make about as much sense as the fender thing.

Nothing else in the game is intended to be outright absurd, so I’m not sure why it’s worth defending their weird choice to do one patently ridiculous (and frankly, insulting) graphic that is so out of sync with the rest of the game or any semblance of a “real driving simulator.” It’s weird moments like that in the game that make it seem like they never really had a plan for what was “real” in a “simulation.”

And no, their demographic isn’t six year old kids, nor should it be. It was ostensibly designed as a nostalgia game, and no child is nostalgic for any car. It’s rated E because it doesn’t have violence, sex, drugs, or language, NOT because they were targeting the grade school demographic.
Click to expand...

If you watched Best Motoring DVDs or VHS back in the day, you'd realize this is a very japanese thing. I always liked this kind of humor and quirks which in a way set GT apart from the rest of the lot. IMO the GT series never was the real driving simulator the subtitle tries to suggest, but a simcade with a certain sense of fun. GT7 lost a great deal of fun, mainly due to the mtx focused game design. Maybe that's why some players experience the tongue and cheek part as an annoyance rather than comic relief. Maybe also, because modern GT takes itself too serious, even though it missed the mark on critical aspects like the car list, in game economy, offline content, broken lobbies etc.

Hearing the rubber band noises always does put a smile on my face. The loading times and the convoluted UI for upgrading as well as the many missed opportunities to make a great game is what wipes this smile off my face again and again.


Edit:
To stay on topic, i would like to see more frequent changes to daily races and time trials as well as more variety and track/car combinations related to real world racing events. IMO the focus is too much on GTWS rather than the live service or social aspects of the game. Binging back a way to trade cars and throw parts into the mix would be a nice feature too. But who am I talking to? Kaz doesn't give af as GT was always his vision and not for the players.
Last edited: Dec 3, 2022

Boltar
Did He? I'm sorry but I cant see where he tried that. I really cant.
Click to expand...

Yes its called Gran Turismo Sport and it failed badly .

Famine
This is the discussion thread for an article on GTPlanet: 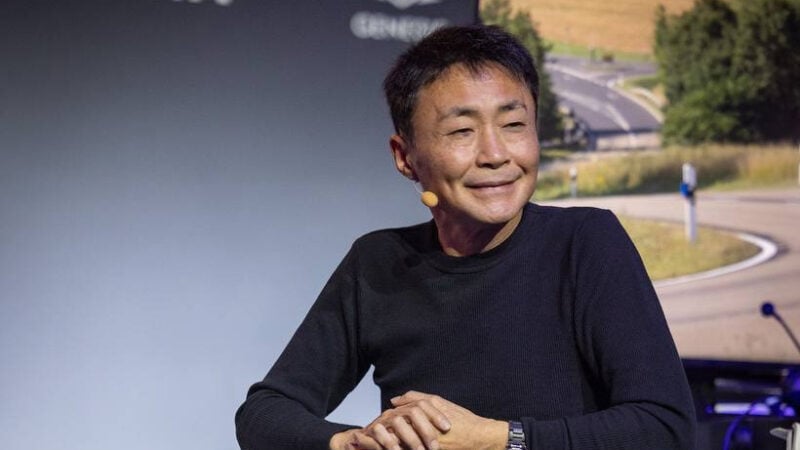 GTPlanet had the opportunity to sit down with Gran Turismo series creator Kazunori Yamauchi as part of a round-table interview during the recent GT World Series Finals in Monaco...
Click to expand...

I personally don’t think he gets it, the real problems with the game. Or it’s possible he is just in denial. What ever the case I can’t see the development team actually being players of the game or they would know about the many problems. Not listening to the community is the biggest mistake.