Rafow
I don't know if this has already been done, but here is an Excel spreadsheet I have put together with all the current cars. It is useful when wanting to sort different categories. All of them (other than the ones in Red) can be purchased in the game.
Click to expand...

We do have a "master" Excel (well... GoogleDocs actually) spreadsheet for GTP, but I haven't actually shared it...

Famine
We do have a "master" Excel (well... GoogleDocs actually) spreadsheet for GTP, but I haven't actually shared it...

Thanks Wolf4263. I will do my best to keep it updated. Comments on additions and corrections are welcome. Thought I would start a new thread with it unless Famine is going to with the GoogleDoc. Probably a better form to have it in vs Excel.

Here is a link for the Google Doc version

Thought that would just put a link in the post, but I guess it works either way.

Just to safe you from a 5th post (and get a double post warning) Ima say nice work!

The "The Always Up-To-Date Gran Turismo Sport Car List" is not up to date, as the 1.34 update cars are not listed. Anybody working on an update?

The fact that the McLaren F1 GTR '95 was added to Gr.3 is a fascinating development. This means that as of this most recent update, Gr.3 includes the following sorts of cars:
-FIA GT3 (e.g. Nissan GT-R GT3)
-FIA GTE (e.g. Porsche 911 RSR)
-Super GT300 (I know it's not official, but the Lancer Evo X Final Edition and WRX STI Gr.3 cars both seem awfully similar to GT300 cars in appearance.)
-FIA GT (note: not necessarily FIA GT1, which began in 2010)

Naturally, I'm hoping the respective road cars/homologation specials are added, too, either in GTS or in a future title, along with commemorative models like the Nissan Skyline GT-R (R33) LM Limited and the McLaren F1 LM. I do believe the Toyota GT-One (TS020) will be added to Gr.1 if it's added, however, as it's still very much in the sports prototype sort of category, which does seem to be Gr.1's defining trait. I personally think a lot of these would be added in a future title.

And on top of all this, I think the current grouping system in GTS is fine. The issue is that there's no real rules/restrictions beyond that for nearly all Sport Mode events, when I think there's tons of potential, even when just examining rulesets within various GT League events, or the untouched settings for some races like estimated pitting time. The key, I think, is to start introducing "sub-rulesets," rather than have most events be either one-make races, or have it be an "anything goes" sort of thing beyond featuring one of the major groups. 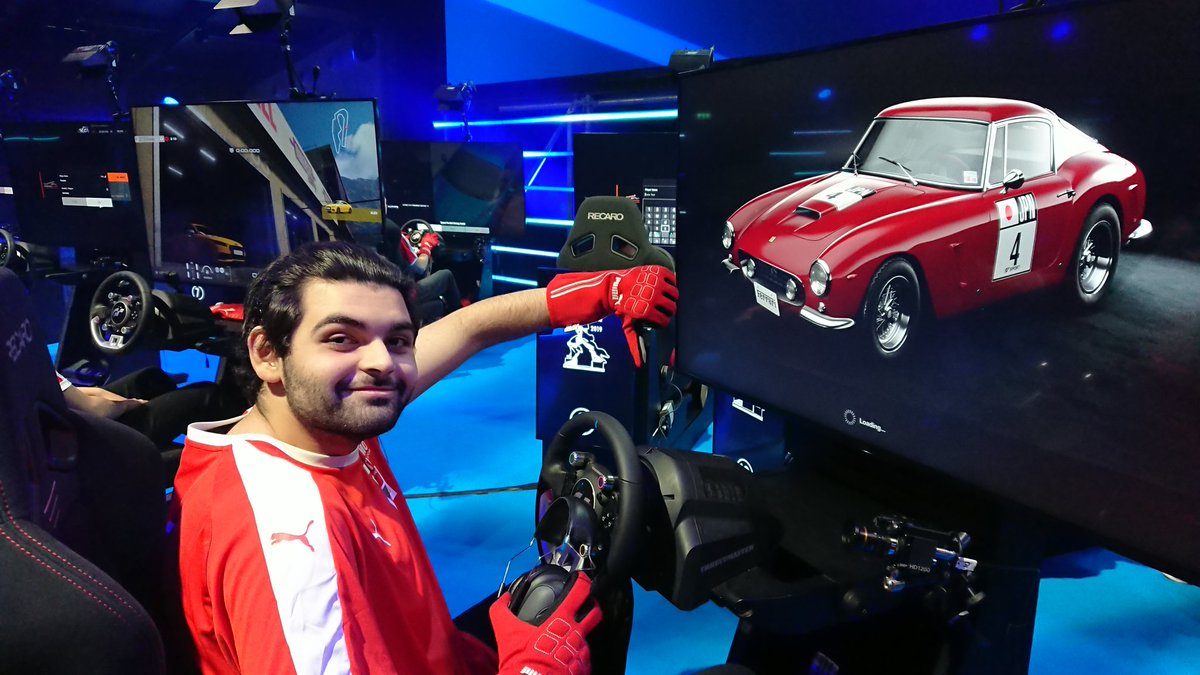 Lamborghini Countach 25th Anniversary and Lancia Stratos (thanks @RaY29rus for spotting the latter one). 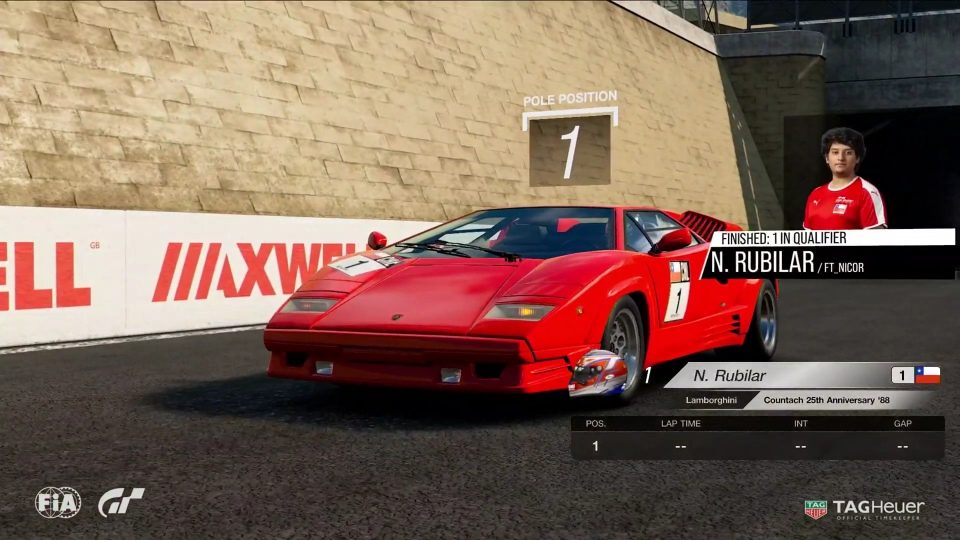 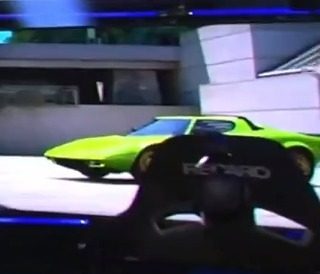 MIE1992
Another thing I realized with the McLaren F1 GTR being added to Gr.3 is this:
-Modern Super GT500 cars were added to their own group, Gr.2.
-An older FIA GT car, the F1 GTR, was added to Gr.3. Note that this is likely going to be alongside modern Super GT300 cars, as modern GT300 cars and FIA GT3 cars race alongside IRL, and the bodykits on the WRX STI Gr.3 and Lancer Evo X Gr.3 resemble GT300 cars.
-Older JGTC GT500 cars ran alongside FIA GT cars, such as the famed Lamborghini Diablo GT1 that was in previous GT games. I recall the McLaren F1 GTR was also in GT500. Granted, they didn't usually perform well, but they were still eligible.

So this raises some questions:
-Where would JGTC GT300 cars go if they were added? They could be added to Gr.3 like their modern counterparts. But they also may be butted-out by GT500 cars from the JGTC era, since the F1 GTR was a competitor of those cars and was added to Gr.3.
-Does this also necessarily mean JGTC GT500 cars would be added to Gr.3? The presence of a FIA GT car in Gr.3 says yes, but I wouldn't assume anything.
-Where would GT1 cars from the late 2000s go, such as the Maserati MC12, or the Nissan GT-R GT1? I'm not sure if they'd be put into Gr.3, but I could see them being added to Gr.2, since in theory, the Super GT500 cars that are in there and the late GT1 cars wouldn't differ much in age.
-I also wonder where older GT2 cars would go. I'm not 100% sure if they'd be added to Gr.3 like some of the GTE cars in there, even though GTE is a successor to GT2, as far as I've read.

And as one more final question, I understand that the reason Spa-Francorchamps isn't in the game at the moment is due to PD trying to work out a decent licensing deal, but was this similar for Lotus' situation? Was Lotus - similar to Spa - trying to charge PD too much? Or was it some other licensing issue, namely related to Lotus' sale to Geely, and the resulting red tape getting changed?
Click to expand...

What car are you posting about?

So this may be related to the list (sorry if not):

It would be ultimately great if we could see in the list the BOP values also.

You know, generally they will update the list after the update has dropped. Just have to exercise patience.
W

Maybe someone will like it
Excel-file with sorting as in the game V 1.38

Many ask why the cost is listed in UAH. I am from Ukraine, it is our currency. This is my Excel for work, I do races for cash. For example, a person wants an entire collection of cars, or part of a collection (very expensive cars), but doesn't want (or can't) spend so much time in the game. He pays me - I do races. Well, excel makes it clear how much it costs in a PS store and a person makes a decision whether he likes my offer or not. In addition to the low price, this person gets both bonus miles and player level.
Anyway, added value in USD. Have a good Races!

WaterGrass
Maybe someone will like it
Excel-file with sorting as in the game V 1.38

GRAN007
all the way to bank i go awesome job THANK YOU
Click to expand...

Rafow
Here is a link for the Google Doc version

I would rather have everything at the same level and be sortable, so here goes:
LINK

If anyone has any objection, comment, critique, suggestion or advice, let me know and i can remove this table as well.

We are waiting for updates, as soon as these machines are added to the game, I'll add them to the List.

Bit of fun with the Mazda Roadster Touring Car