How will you play Gran Turismo 7?

05XR8
Lined up the car models in my garage(again), that were in GT1, currently in GTS:

If we get the classic tracks list, I'd run these "original" GT cars around those circuits in Custom Race. As they are, feels very nostalgic driving these at Laguna Seca.
Click to expand...

Lord Protector
You sure there was a 2002 Viper GTS in GT1?
Click to expand...

That's why I put '02 for the Viper and FD in parenthesis. They looked the same from through the model years. 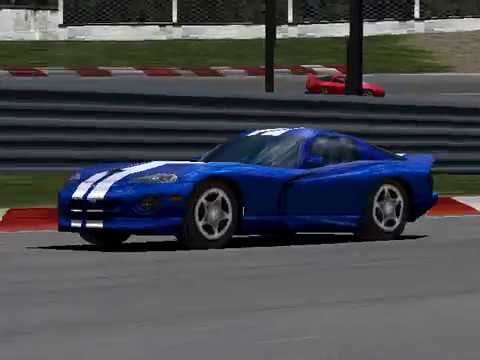 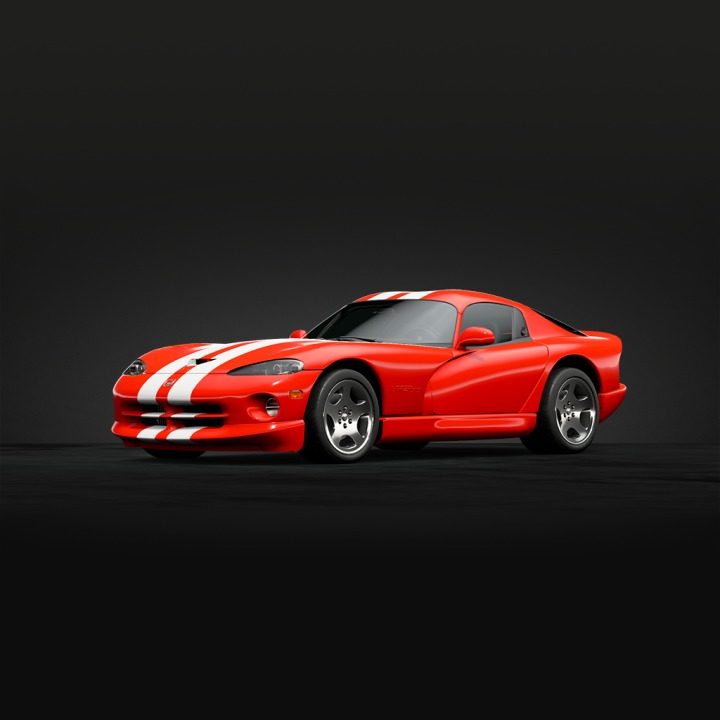 Probably with an erection.....

I’ve recently started a fresh play through of GT5, and what I’ve been doing there is getting a cheap, extremely uncompetitive car for every event/championship available, and lightly modifying it after every attempt until I can just barely scrape a win. My most recent session had me taking a very used MG TF160 to the British lightweights event, and after finding just minor weight reduction, exhaust/intake, and a transmission upgrade could get me a win in a few attempts I decided to take it to the MR championship where it’s pitting me up against F40s and Mclaren F1s. I didn’t get much progress into that before holiday stuff pulled me away (I’m hoping the UCD can throw me a Daihatsu Midget for the pickup truck event

) but what I was doing there is exactly what I hope to do in GT7 if the car list and career structure allows.

This play style can get absolutly ridiculous and gives the opportunity to get a real unexpected strong attachment to the cars I’m driving, and it’s the most Gran Turismo-y thing I can think of. There’s something very special about being able to race both desirable sports/super cars as well as every-day grocery-getters (sometimes even against each other), and there’s plenty of depth to work with no matter what you pick for your garage. Having all this back but now with a livery editor makes me really excited, but we do still need to see how the career mode is structured and what sort of road cars are available.

Like with every GT games, I will first do the licence test and then play through GT Mode(campaign).

In classic Gran Turismo fashion, you gotta play the arcade mode (or Quick race mode - whatever it may be) to see any new tracks involved in the game, check frame rate (120fps lol) and the sheer fidelity of the game, hopefully be impressed by the Visuals and SFX.

Then dart into the Career mode (GTworld) to start my new adventure in to the world of racing, crack open some licences and maybe explore a little bit of FIA online Sport mode. 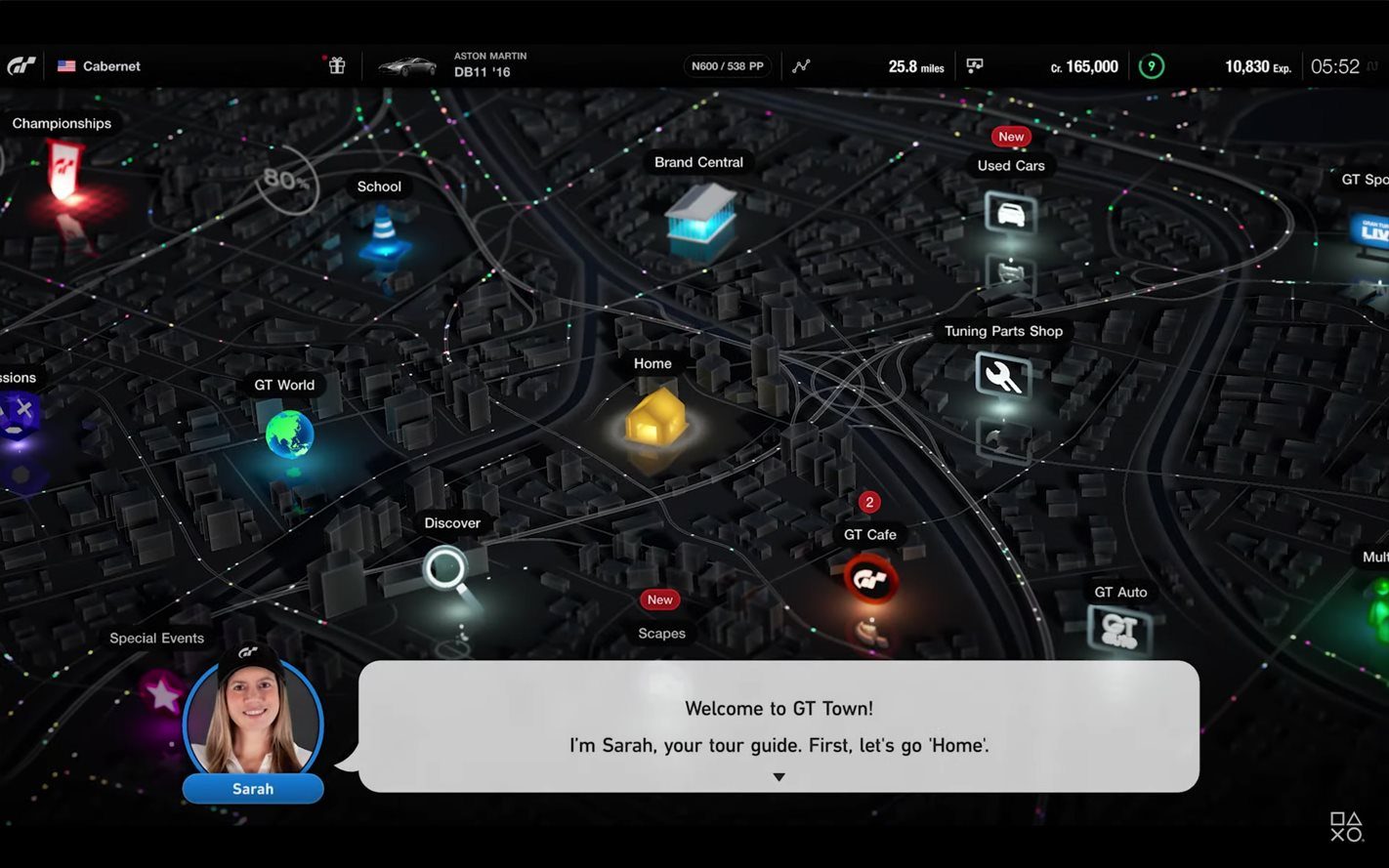 I’ll probably spend a lot of time looking through the dealerships at all the cars incl. the UCD, then a look about all the other features - livery editor, tuning shop etc. My first race will (hopefully) be in the Sunday cup around Autumn Ring Mini in a car from the UCD, then on to the license tests where hopefully the National B-1 test is a 1000m braking test in a Mazda Demio
Last edited: Nov 25, 2020

I've hit a massive BoP kick on Sport in the second UK lockdown, so I honestly think I'm going to be grinding like mad to buy for a bunch of different categories that I can balance on GT7. I have a Group A/N series running at the moment on GTS, but it's not the same without the likes of a Sierra, maybe even stuff like the 190E Evo... wait, I'm lapsing into a car list request...

If GT7 is evolution of GT6, i mean on the physics and car handling + content. I"ll start it offline. If it would be a continue of GT sport i"ll not buy it at all...

Do all the license tests (hopefully some of them are an actual challenge and not the joke that GT6 and GTS were). Then do the driving Missions, or Special events, or whatever name they come up for it and ofc, all of the offline GT League race events, and hopefully there's plenty of them to do and actual endurance races of actual hours (with the ability to save during an endurance ofc) instead of 24 minutes of Le Mans BS.

Online... I'll do it if I bother buying the subscription for it lol, if there's trophies for it, oh well, I gotta go there then, but online for me is not what I want from this game, it can have it's focus like GTS has, it's not bad in any way and there's a huge group of people that like it, but offline should still be the priority. GT teaches so much about the car world like no other racing game, it's not even close, GT4 was pretty much the start of a museum/encyclopedia of cars in game form, I want that trend to continue.
S

Having just played GTS for the first time last night (Yeah, I know) and done the first few license "tests" I really, really hope they finally stop treating everyone as a beginner in GT7 and allow veterans to start without the baby's first driving lesson stuff. I really don't want to waste any time doing that again at the start of GT7.

The very first thing I’m going to try is VR mode, which is hopefully available online, then try each course in 2D mode and see how everything looks. I’d also like to check out how online racing performs, then settle down and do the licenses and career mode, with the amount of online play dependent on 1) VR compatibility and 2) how it handles penalties and raging baby drivers.

I will start with license and then buy the first car and start racing in career mode. Online mode can wait

I´ll do everything there is to do in SP before jumping into Online.

Hopefully I´ll be doing that in VR.

As long as the career mode is like the GT's of old, I will play that and never once trouble the online world.

Career mode and online lobbies with multiclass races!!!! And of course my first car will be a blue Yaris RS 1.5!!!!!! 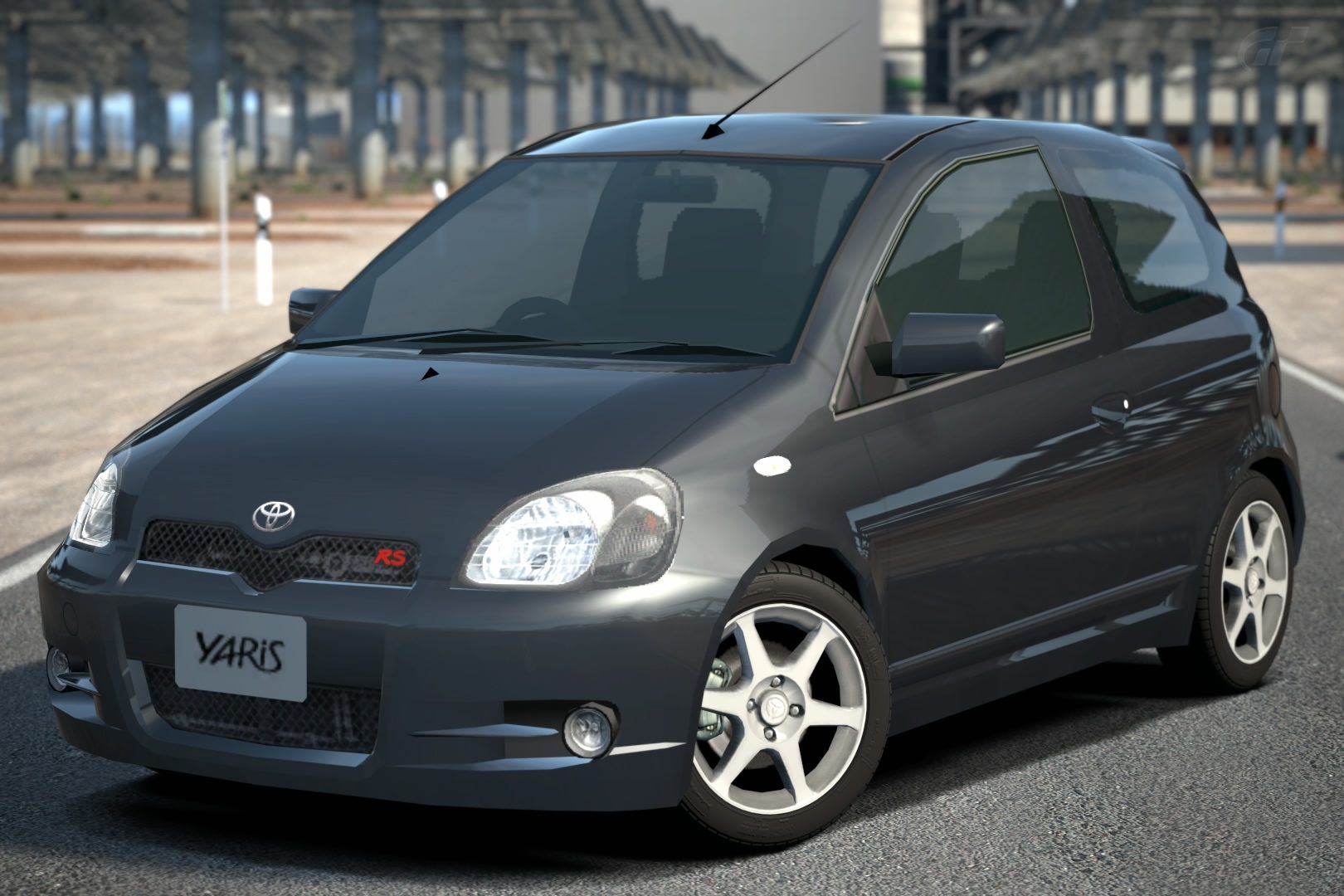 Career mode first and then find a casual racing league to join!
A

I'll likely see how far I can progress without buying any cars. That said, I plan to have at least two cars for most models in the game - one to leave as-stock, and another to modify. It'll likely depend on what sort of modifications we can make to the cars, as I'm hoping we'll see an expansion of what GT6 could offer for a lot of models. That's also before we get into the potential return of the RM system to obtain various made-for-game racing versions. Either way, the individual car that I have for modifications will also be the one to have a custom livery, especially depending on if we get a "skin" system, where we can apply liveries that are officially-crafted. (E.g. the FIAGTC Nations Cup skins for the Red Bull cars, or the various liveries used by the AI in GT League.) I especially plan to use sponsor stickers that correlate to actual parts makers for that car, whether they get name-dropped in the model's flavor text, if I can actually see them on various parts like the brake calipers or seatbelts, or if they're on the default livery.

Also, I'll try to avoid buying Ferraris in Rosso Corsa with very few exceptions. Not only do I feel like there are a lot of available OEM colors for a lot of those cars, but they're also very nice colors, too, so I think Rosso Corsa can take a back seat for a change. I'm especially fond of Azzurro Met. on the 458, myself.

But generally, I hope to obtain at least one of every car in the game, and I'm likely going to have two in most cases like I mentioned earlier. I'm not even sure what exceptions there may be, where I'd only have one - maybe if there are unusually limited changes you can make to it, like how you cannot create a custom livery for the Mercedes-AMG W08 in GT Sport.

I do hope we can actually pick our first car in GT7, too, rather than have it be handed to us like in GT6 and GTS. Even if it means not really buying a car from the dealership (used or not) and instead merely winning it from getting good marks on the license tests, haha!
Last edited: Apr 14, 2021

i was very disappointed back in 2017 as Gran Turismo Sport didn't match my high expectations in VR.
Just remember the big presentation with professional Racers.
But i have to consider that it was a great tech demo and the reason for the Limitations was the limited hardware power of the PS4.

Just for this, i would make big investments:

When i start the Game for the first time, i will discover the different tracks and enjoy the (hopefully) great VR Feeling and graphics and then start the Campaign Mode with the Nissan Skyline (Hard Top 2000 RS-X Turbo C (R30) '84)

VR DRIVER
i was verry disapointed back in 2017 as Gran Turismo Sport didn't match my high expectations in VR.
Just remember the big presentation with professional Racers.
But i have to consider that it was a great tech demo and the reason for the Limitations was the limited hardware power of the PS4.

Just for this, i would make big investments:

When i start the Game for the first time, i will discover the different tracks and enjoy the (hopefully) great VR Feeling and graphics and then start the Campaign Mode with the Nissan Skyline (Hard Top 2000 RS-X Turbo C (R30) '84)

look up a starter car guide, look for the tune, and go on the same way as i played gt4, gt5, gt6. looking for a tune is possible because i probably wont have a ps5 at the gt7 release date.

Have you tried VR for yourself, especially Gran Turismo Sport?
K

As I did with previous versions. I explore it first, start with what is available, not thinking about earning credits, buying cars, doing tests but pick a car that is available, choose a track and start driving.
Also exploring the "menu" is what I like to do.

Sport mode/lobbies will be 100% ignored unless there are reasonable online trophies required for the platinum.
Last edited: Apr 26, 2021

Victoria H
Sport mode/lobbies will be 100% ignored unless there are reasonable online trophies required for the platinum.
Click to expand...


I won't be playing it straightaway, I will be staring at the 4K 60fps intro to GT7 over and over again, and enjoying the new 2021 musical rendition of "Moon over the castle", then drooling over its vividness, then cleaning up my mess and watching it again like 3 more times before pressing the start button.

Check options/settings, go through the rest of the menu and then off to Sport mode!