Igor Fraga vs. Mikail Hizal: The World Final Rematch We've Been Waiting For

There´s only one thing that can explain why people tend to bring pcs sims to the theme and probably it´s cause of the message below gran turismo "brand" and yes we can blame PD for writing a so specific line, if people ignore that line theres no point arguing and try to mesure wich is the best or not.

All comes to sucess and GT sales numbers speaks for themselfs even many players and some top streamers sometimes mention this, Gt it´s just more fun to play in general that any SIM in the market, yes people can argue that it´s not but all it is...is personal opinion and the majority rules not the minority that´s how world works not the other way arround, just get over it and HF.

About the topic, i´m in to see the outcome, every one knows how competitive GT sports races are in every rank range thats probably one of the reasons GT sport have huge sucess, with this i mean it´s very rare to see the aliens make mistakes but they do happen..., the skill lvl of this drivers it´s so high that a single minor mistake can change the outcome of any race so even all eyes are on these guys and they shure deserv it..., we can´t forget about all the other drivers that can easely catch up and capitalise.

About the famous lift from Fraga yes was ugly and illegal..., but in reality with or without that move Fraga had the advantage over Mik and even Mik deep inside knew he hadn´t the fuel to keep the pace until the crossing line.

That move was not needed but it did happen both of them talked about it and moved on...
People seems not to get it but what made all this a lot more desirable to watch is that exact moves Fraga did and the controversy that happened after.

Now Mik have the chance to bring justice to the table but ho knows how well both of them will perform..

P.S.- Concerning Fraga i took some time to watch some of his streams and the fact he´s actually is a very clean driver and normally he is the one that get penalise by dirty drivers, what he is it´s a agressive driver that sometimes have to make a more though move to not lose time with slower drivers and we can´t blame him for that.

The fact is that he is just to fast compared to any top driver he can easely start from last in any race even in short ones and catch up with any top driver in any given region and still win the races, probably there´s only 1 or 2 drivers with similar skill and that´s Mik and probably one of the Japonese stars really dunno, but if Fraga had the time and could only focused in Gt sport i think he had no rival just a though tho from what i´ve seen from the streams.
Last edited: Nov 22, 2019

kilesa4568
The more winners, the better. Adam Suswillo is showing a lot of promise too.
Click to expand...

Actually for the first time I'm properly off pace.

But lets see what we can do. I'm starting 5th in semi final A. 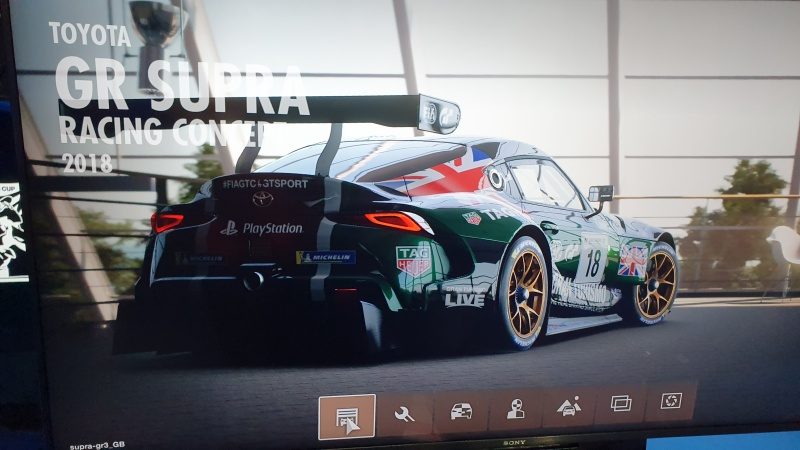 Adam41
But lets see what we can do. I'm starting 5th in semi final A.

The best of luck to you.