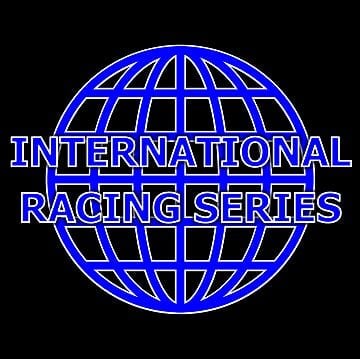 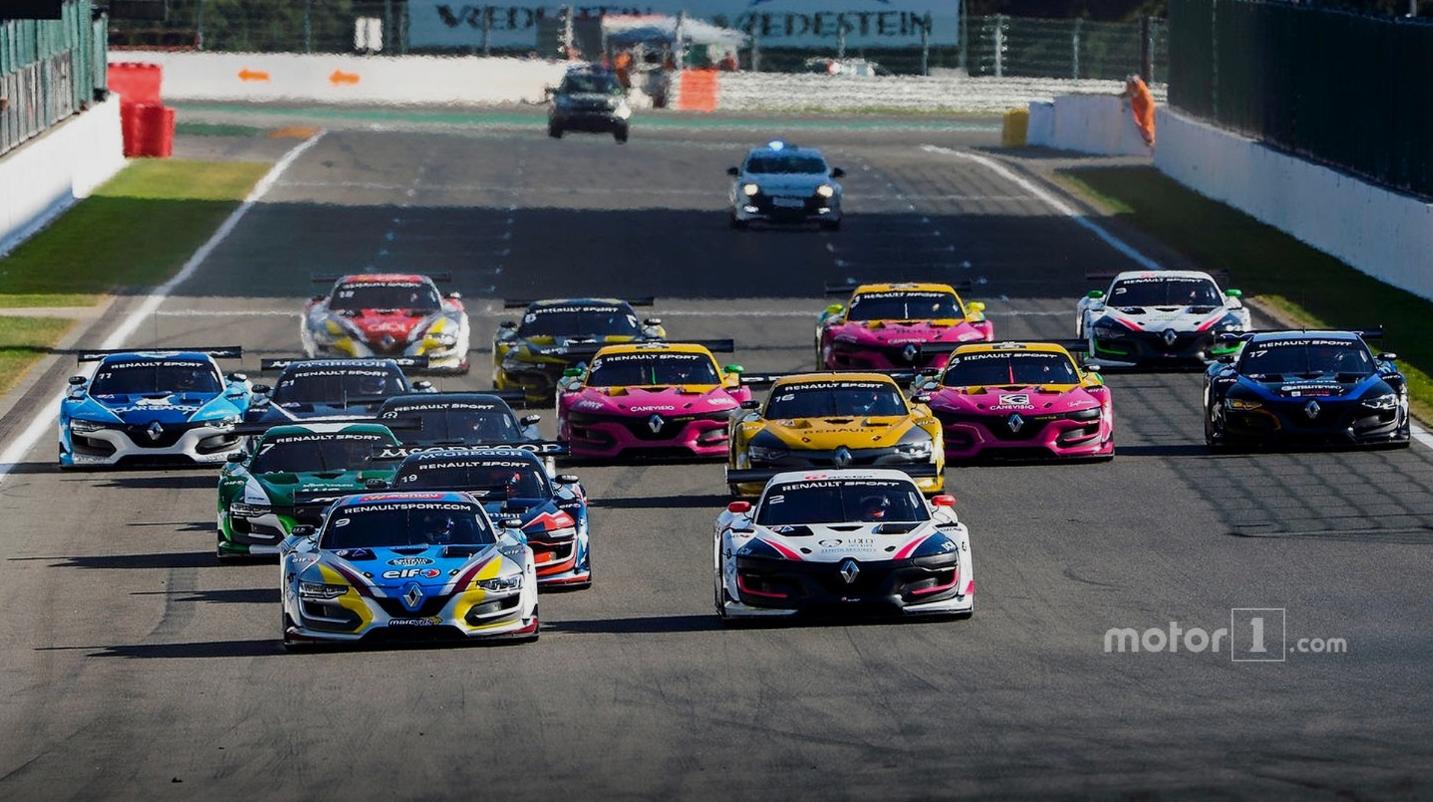 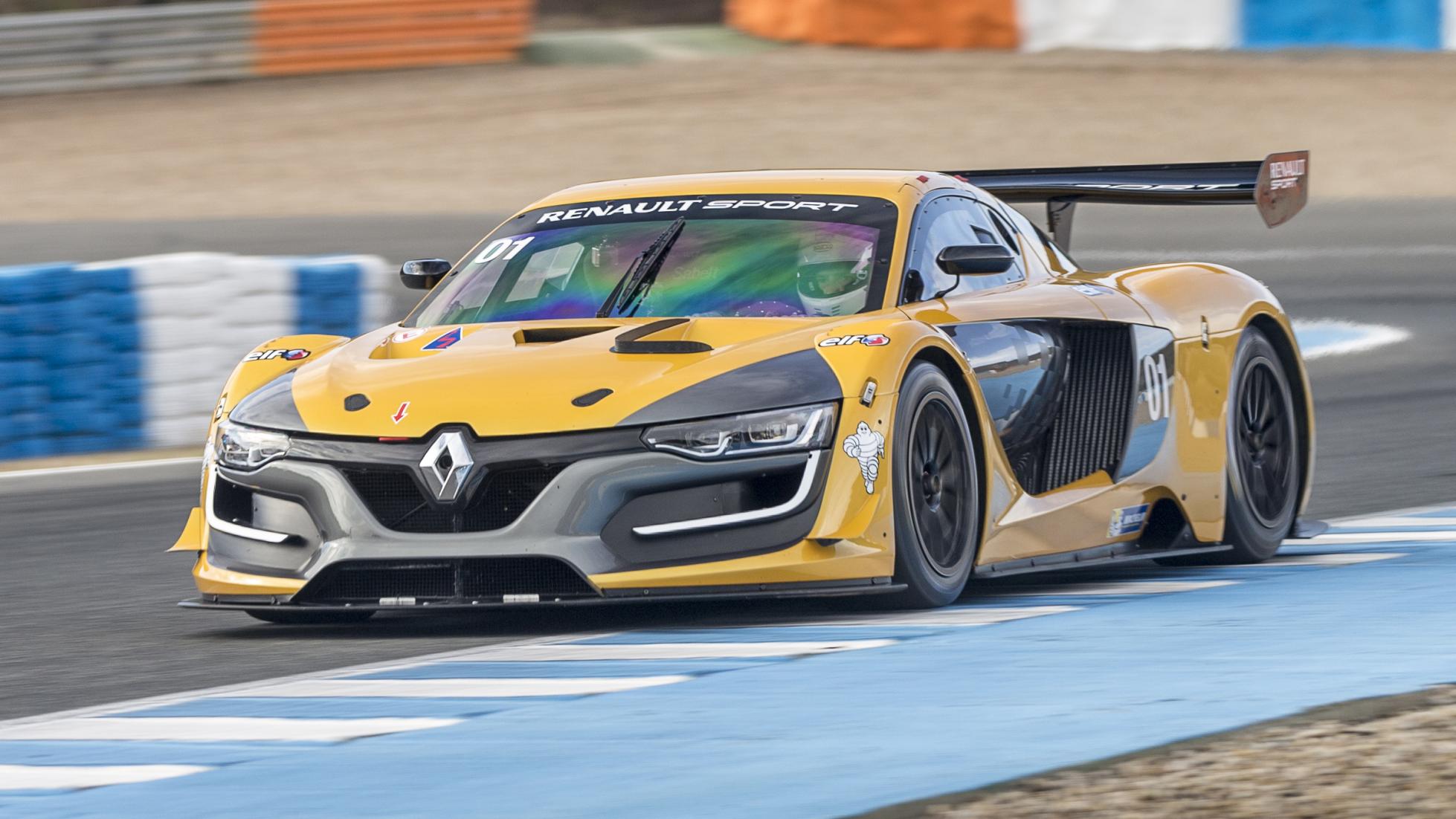 ​
This is the R.S. 01, a fully bespoke race car designed to compete in the Renault Sport Trophy one-make series. It has nothing to do with any of Renault’s current range and it’s not messing around either. Renault claims the R.S. 01 is a full second quicker per racing kilometer than a GT3-spec Ferrari 458, McLaren 650S or Porsche 911. At the R.S. 01’s core is a Dallara-developed carbon-fiber monocoque chassis, weighing 2,522 lbs. Mounted just in front of the rear axle is a 3.8-liter twin-turbo V6 lifted from the Nissan GT-R, but dry-sumped and producing 542 HP at 7,000 rpm and 465 lb ft of torque at 5,000 rpm. It has 600 HP supercars covered in a straight line, then destroys them in the braking zone and leaves them flailing helplessly in the corners. That’s courtesy of the bespoke Michelin slicks, carbon-ceramic brakes and a very serious aero package that produces 1.7 tons of downforce at its 186 mph top speed.

This is a car that’s been designed to test professional racing drivers on the ragged edge of what the tyre-track interface will allow, but also to be enjoyed by gentleman drivers whose limits aren’t quite so high. Being our first season, a select few local European circuits have granted us access but we expect to see some prestigious international circuits competing for inclusion in subsequent seasons. Come on out and show us what you got!

Welcome back to the IRS. We've kept your seat warm. With farts.

Welcome back? I've been running IROC

Sorry, I forgot all about that. That oval land is a strange far off place

Also what if spa doesnt come out yet?

If it's not out in the September update there's a good chance it's in the October update. In that case the schedule would look like this:

Guess I'm up for a different flavor of GT racing.

Good to see you guys. I hope some more from the Blancpain series come on over. We already have a third of the lobby full!
R

90% sure Spa won’t be in the September update. Tokyo Wet will.

I might lodge an entry into this. Not sure.

bloodyboyblue
90% sure Spa won’t be in the September update. Tokyo Wet will.
Click to expand...

i'll race for someone elses team, i dont feel like making a livery.
#12

Neyrox
i'll race for someone elses team, i dont feel like making a livery.
#12
Click to expand...

Welcome! I'm sure someone will like to have you as a teammate

I have updated the schedule knowing that Spa is most likely not arriving for October. Hopefully we can have it for the tail end of the season. Monza continues to stay near the start of the season because it's a track where a lot can go wrong (chicanes) and I'd rather not have a championship decided towards the end of the season because of silly Monza shenanigans. It's a fun track but let's get it out of the way early.
Last edited: Sep 23, 2019

Dumb question, but maybe not. Are we able to field a team in the Pro and Am classes?

aceboy127
Dumb question, but maybe not. Are we able to field a team in the Pro and Am classes?
Click to expand...

I don't see why not. Jeeves and Pigems did that in the Blancpain Intercontinental GT Challenge. The Pro driver could certainly help pick up the slack from the Am driver.

DesertPenguin
I don't see why not. Jeeves and Pigems did that in the Blancpain Intercontinental GT Challenge. The Pro driver could certainly help pick up the slack from the Am driver.
Click to expand...

Oh, okay. I'm trying to think of a reason not to and can't. It's just more of your team name being represented and that's never bad.

I mean in previous multi-class series we've run we have allowed teams to run in multiple classes. Kinda the same deal here. Thanks for the quick response.

Top Performance Motorsports is gonna take over! I hope someone is ready to step up and challenge you guys!