What a great way to cap off the season that was. Suzuka never fails to deliver.

After my late practice I was pretty happy. The NSX makes the esses, hairpin and chicane easy but really lacks some power to deal with the straights. I was happy with my q lap until @GT5Apex showed the GR.4 field that no, actually, we'll be going a bit faster than that. With @Kermit_2142 joining gr.4 it lined up a two man effort to take on the fast man.

I was lacking a touch of pace - not nearly as much as in prior rounds - and with the Honda being quite a nursable car when it comes to fuel and tyres I aimed to 2 stop in roughly half hour stints. Fuel made this a bit of a risky proposal but I knew we'd have a safety car or two to bail me out.

And boy did they come with some interesting timing. Kermit and Sunshine were battling each other enough that I could stay in the conversation especially since both cars were thirstier than mine.

There was action intermittently all the way around but the race really came alive in the last third with unexpected SCs messing up the strategy and forcing some quick decisions. After catching the queue to eat my deficit I took the lead when both competitors pitted, and I knew I had the fuel to make the end.

In the last safety car period I made the choice not to pit and try to manage to the end. I really should have taken tyres as I was mugged on the restart and couldn't catch at all from there. Credit goes to @GT5Apex for an incredibly well managed race, I'm happy with my result, last on track but very much in the conversation and with plenty of action keeping me busy.

I'd like to close by congratulating @GOTMAXPOWER on a dominant season, well done champ, and to yourself and Sunshine for wiping the floor with us in the team table. You guys were the class of the field consistently.

I extend my thanks and cheers to everyone who participated through the various rounds as more often than not we were rewarded with a thriller.

@Kermit_2142 fantastic job putting this together and hosting with courtesy each time out. You're a gent and these were interesting combos that have given me a ton of invaluable experience. I'm sure I'm not the only one eagerly awaiting what you come up with next.

I've lucked into a podium, but I'll take it!

I'm sorry about the balls up with me being a muppet and picking up the safety car!

Quick race report from me....

I've not had time to play GTS all week as work busy, so only got about an hours practice at Suzuka in earlier today.

Pretty happy with qually as that beat any lap I did in practice earlier on. Didn't quite get under 2 mins, but was within 0.8 of pole.

Had a chuckle as @GOTMAXPOWER span out behind the safety car on the warm up lap. It reminded me of Grosjean at Baku a couple of years back!

By lap 6 or 7 it was clear I couldn't keep up with the fast guys, so I decided to go longer on tyres to get better at driving on worn tyres. Only spun it at the hairpin on lap 10 or 11 to cause the first safety car! Just got on the power too soon and went into the wall. The damage was substantial - engine needed a repair!

Second set of tyres, I moved my BB from +1 to +2, that helped a little. Pity I only worked that out with the Lexus at the last race of the season!

I made a couple of other mistakes during the race, but nothing major.

Had a battle for a couple of laps with @brini79. Tried to keep him behind by getting good exits at the key corners, but he was just was quicker than me. After he got past me, a lap or so later I saw him go off at the exit of Spoon. As the safety car picked up GR4, he was too far back to challenge again.

Caught traffic a couple of times at the start of the lap and, because the GR4 battle looked close, I wanted to be mindful with my passes as much as possible as they were clearly in a race.

Looking back, I think I should have picked an MR car. Over the past few months, I've come to the conclusion they suit my driving style better. I enjoyed the Lexus, but I think I would have been quicker across the season in something mid-engined.

That was awesome! Here are the last 2 laps. @K3vin17 was on old tyres but wasn't going to make it easy, good hard racing, by the last lap we were both making big mistakes, I clipped the grass on the entry to the final chicane but I doubt it made any difference. Congratulations on the win

Here is the moment I mentioned in chat, @Kermit_2142 said a safety car would spice up the race which caused me to spin 5 seconds after he said it, @Timlour spun half a lap later then @DelboyD hit the wall which pretty much confirms that Kermit caused chaos.

DelboyD
Had a chuckle as @GOTMAXPOWER span out behind the safety car on the warm up lap. It reminded me of Grosjean at Baku a couple of years back!
Click to expand...

I thought the grass looked a little high on that straight and wanted to tidy it up before the race got under way 👍.

Thanks for the putting this season together @Kermit_2142, every race has had a great battle in either or both categories that usually goes on for the full 90 minutes, and when it isn't tight @Chillgamer190 fixes that (sorry for the warm up incident!

GOTMAXPOWER
(sorry for the warm up incident! 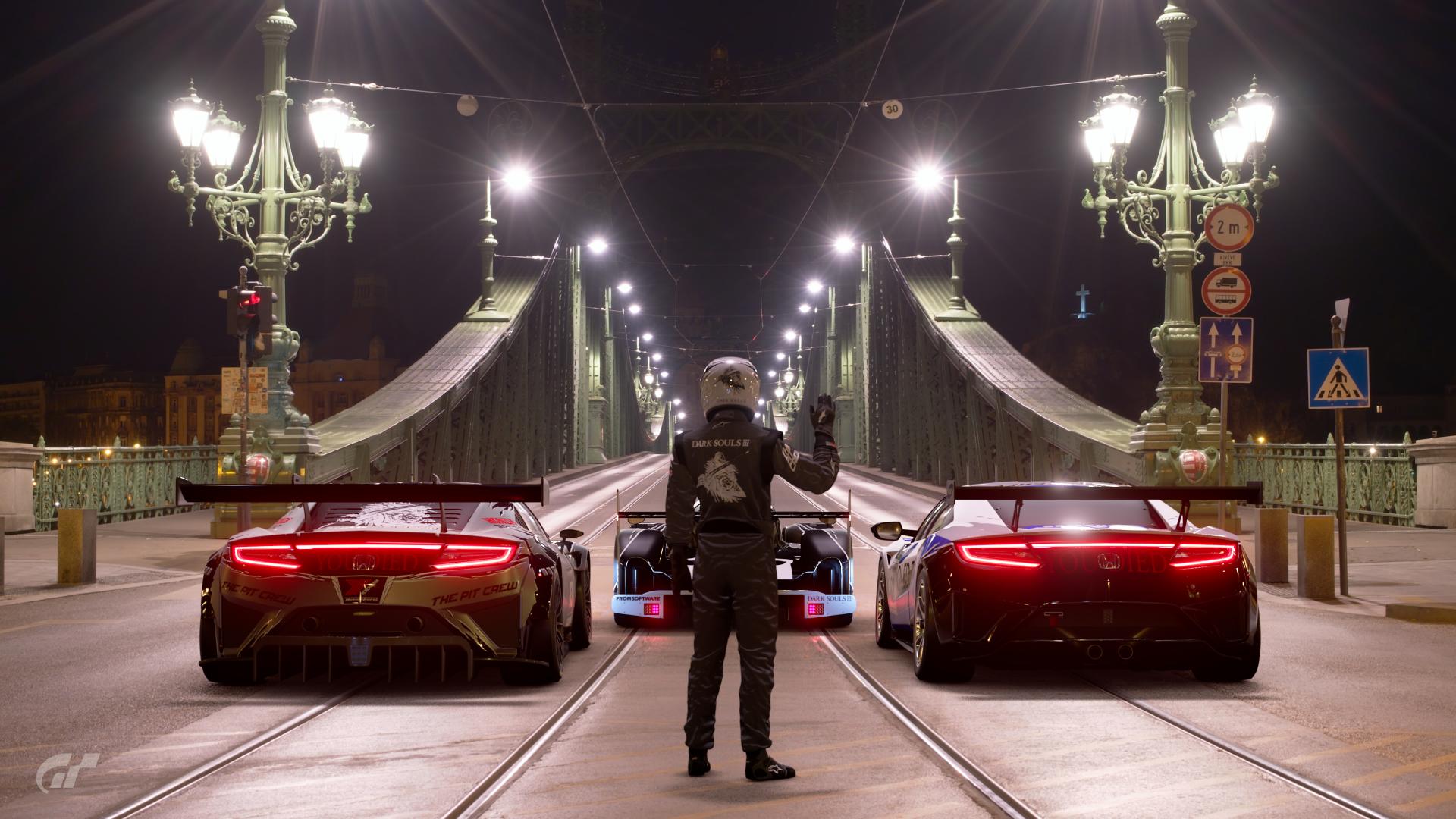 What a great way to end the season!! With both categories races being decided at the final chicane!! Congratulations to @K3vin17 for another masterclass at defensive driving in Gr3 and @GT5Apex for the Gr4 win, a well deserved win after having oustanding pace all race long with myself only really being able to challenge on the final laps due to a sneaky pit stop under the final safety car.

Big thanks to everyone who’s supported the series. Glad everyone has enjoyed it, I certainly have.

Final race photos and points tally to be updated in the week, have a great end to the weekend

Final Round Update​
The final scores are in and @GOTMAXPOWER is our Driver Champion with 5 Pole positions and 4 race wins. Team A (GOTMAXPOWER & GT5Apex) take the Team championship convincingly with 8 Poles and 7 Wins between them. Other notable drivers were @Timlour who won each race that he finished and @GT5Apex who pipped me for P2 overall with that final Pole and Win at Suzuka. Of our late entries @brini79 just managed to edge out @K3vin17 for P7 with his 2 pole positions.

(I haven't scored "bugged" scores as planned as it didn't make any difference to the overall ranking found on page 1).

Thanks all once again for making this season possible. I have some ideas for future series, Super Formula Road Circuit Sprint Cup / GT1 Endurance Series / Gr2 & Gr3 Multiclass Series / Classic Event. As I need to look at the BOP for the GT1 Endurance, I will probably start the Super Formula Cup beginning of October so keep an eye out for that one. I will hopefully be running a classic event before Xmas too, but for now its time to enjoy the end of the summer 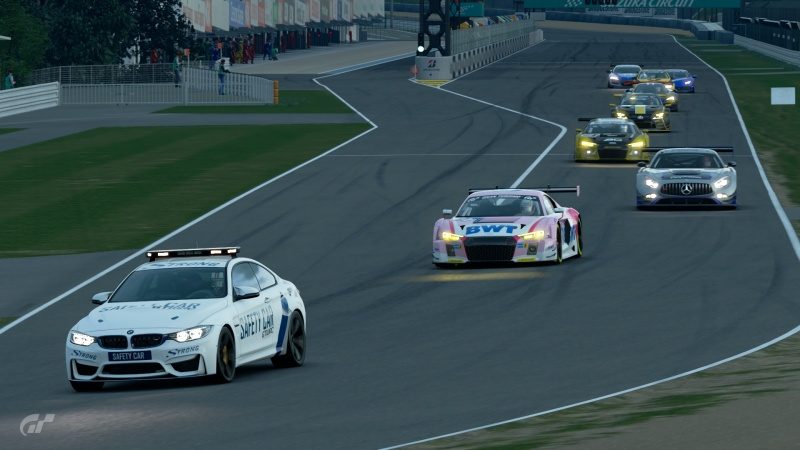 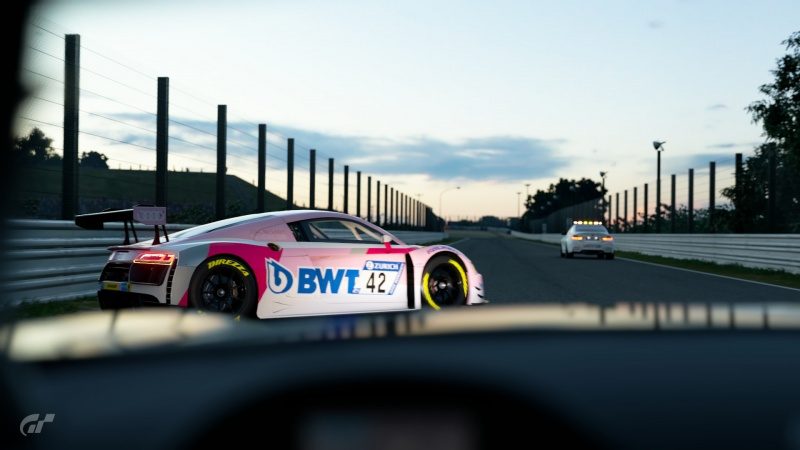 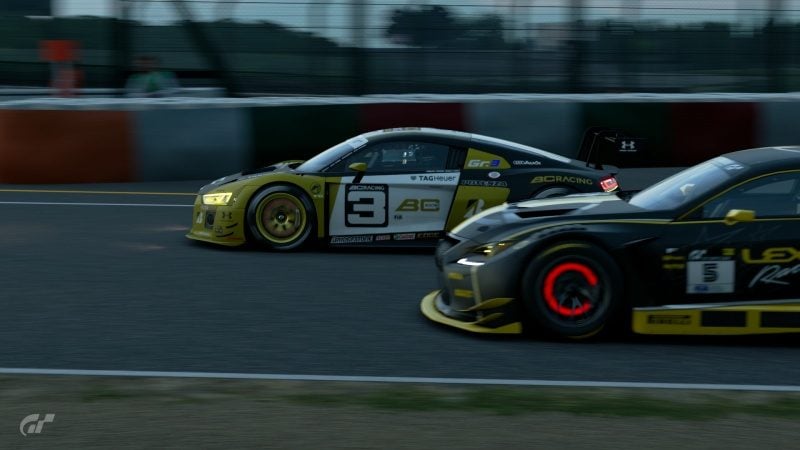 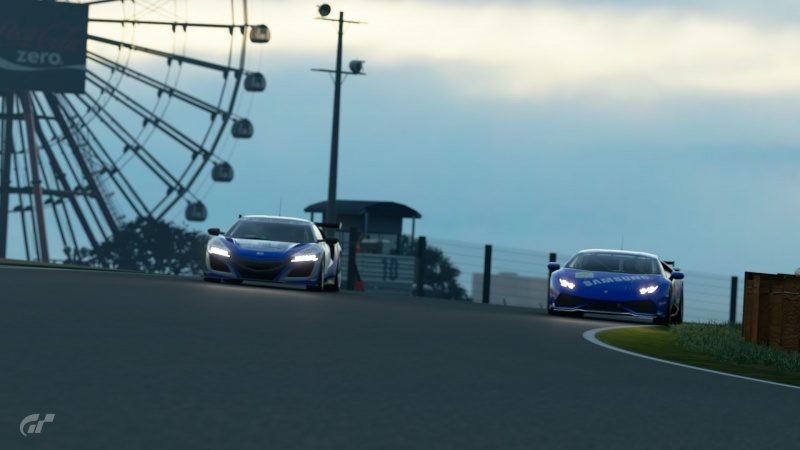 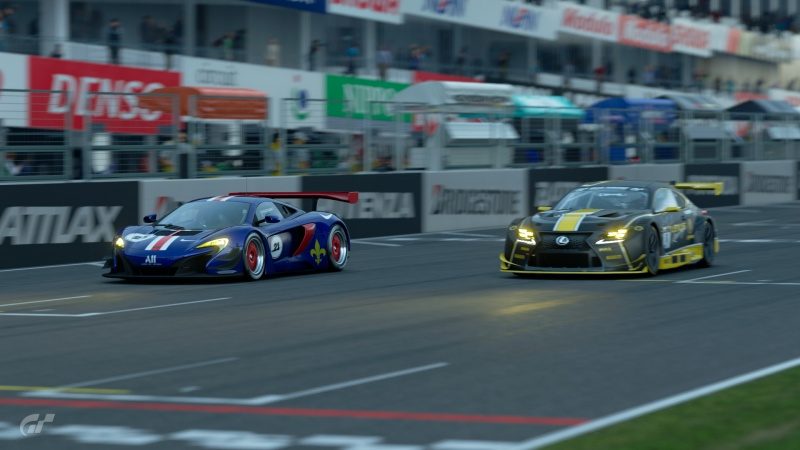 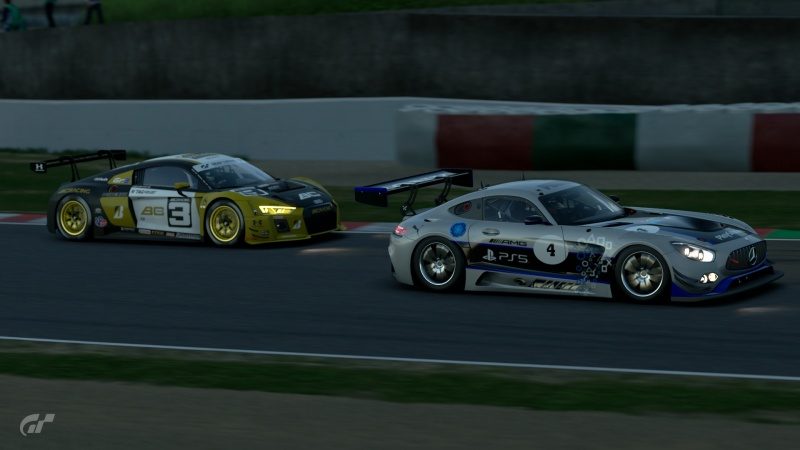 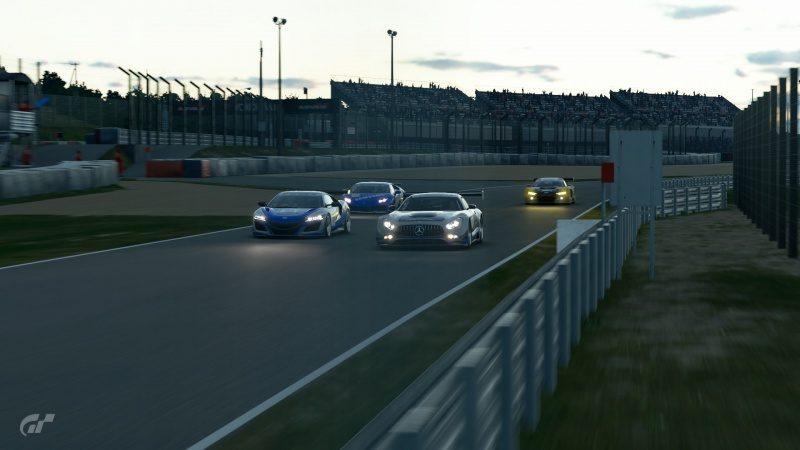 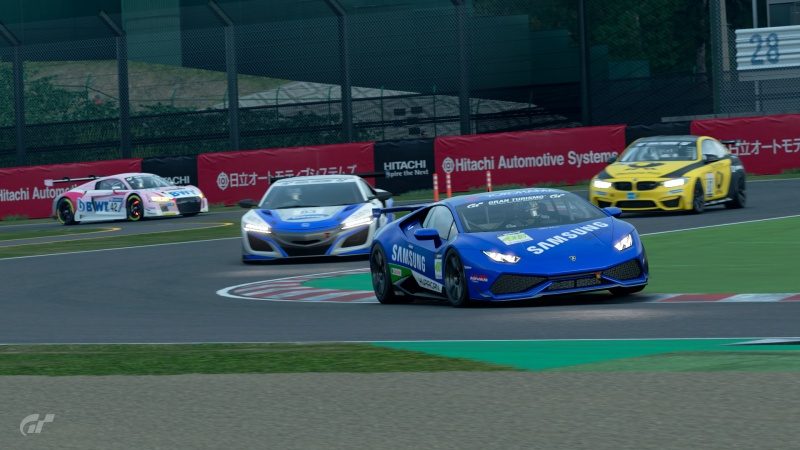 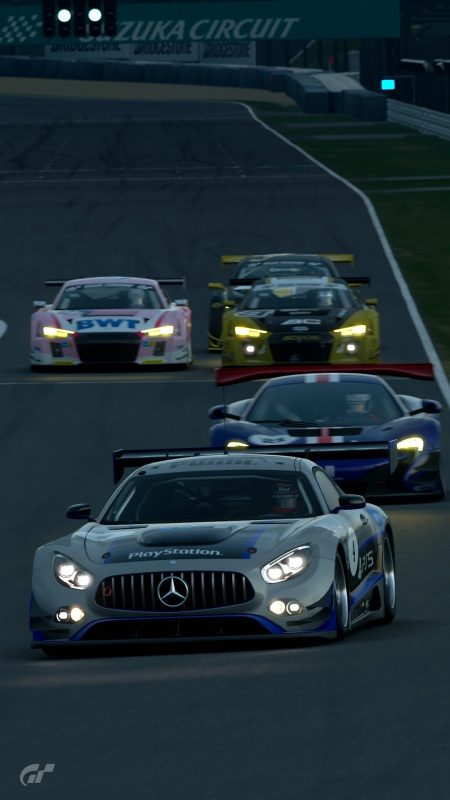 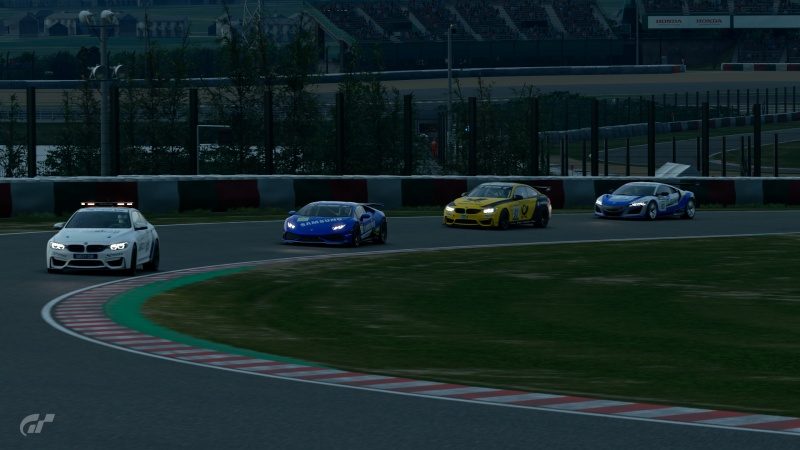 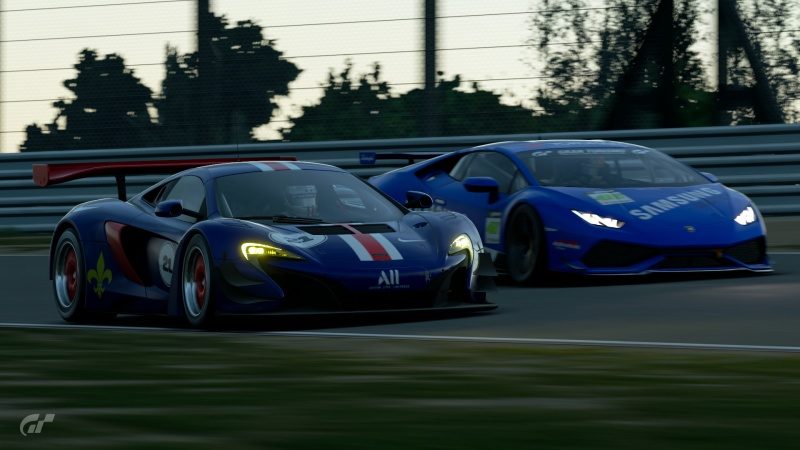 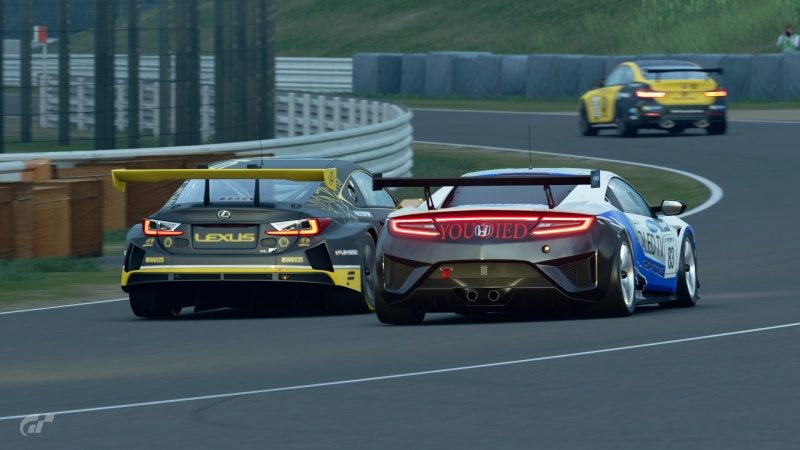 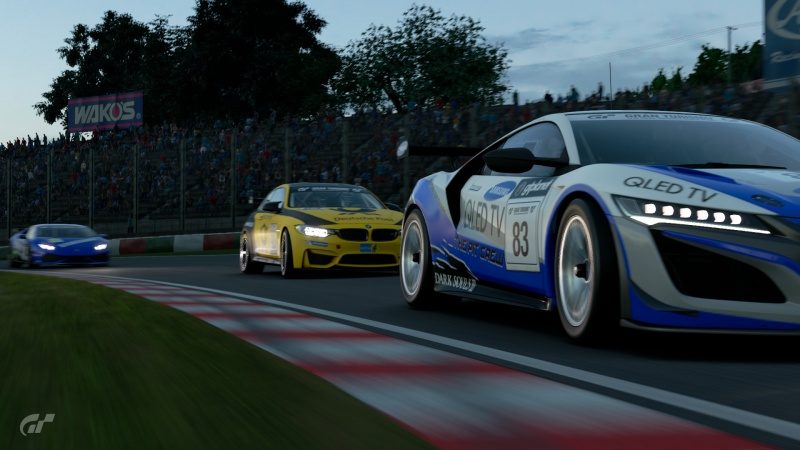 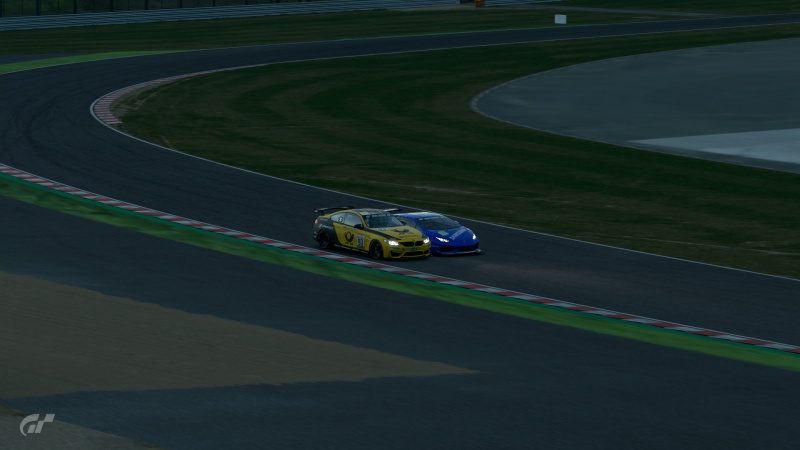 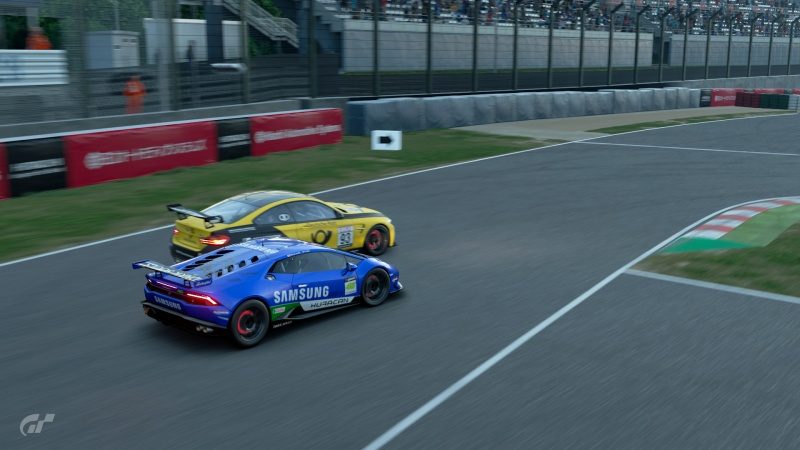 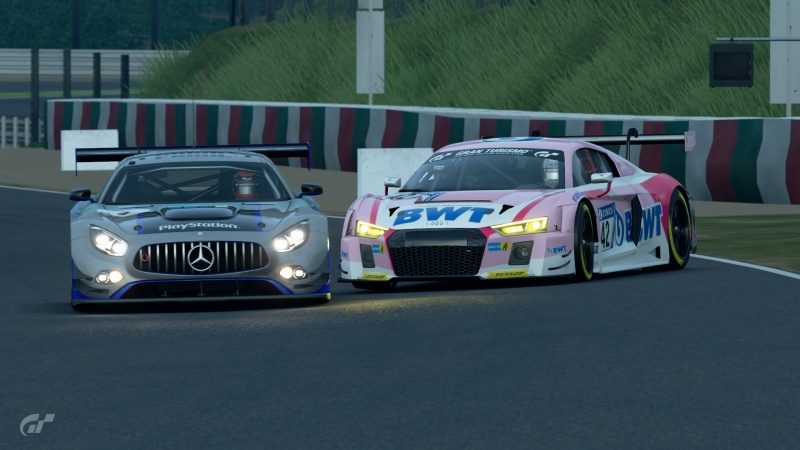 A great battle for the Gr4 win, the only point in the race I was able to challenge @GT5Apex as I stopped for a cheeky tyre swap under the final safety car. Sadly the penalty I was carrying meant I was always going to finish P2 but a great battle to end the Series on!!

I think some of you may be interested in this event below.....

I would have been. But Friday night is no go unfortunately. Family time.