Having spent a few hours on it now, I am not sure of the heavy rain effects but I do love the Clear skies and the wet track option. The new 2 Stroke bikes are cool.

Overall the handling/physics in First and third person has been improved as you really have to try very hard to even get knocked off now and for many races (apart from practice below through the sign) I have actually stayed on the bike which I couldn't do on the first 2 games even on semi-pro/Pro. Enjoying it so far, let us know what you think @imported_rik19 👍

Im liking it mr @torque99 yeh the rains a bit,

quick replay of me..

The heat haze off the exhausts looks cool aswell. 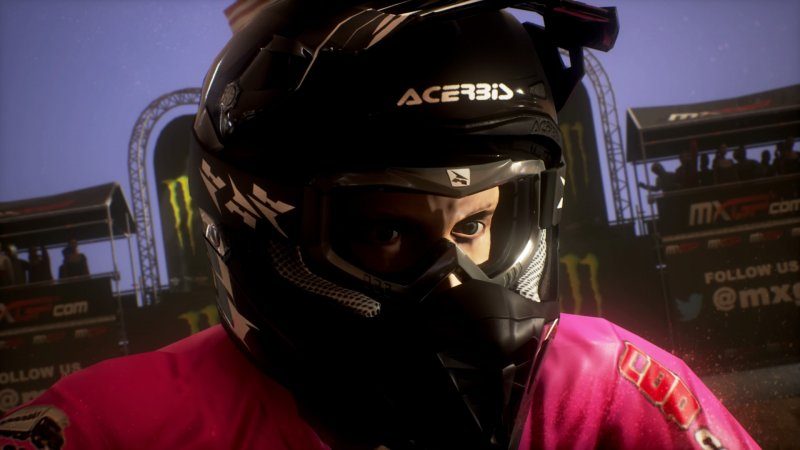 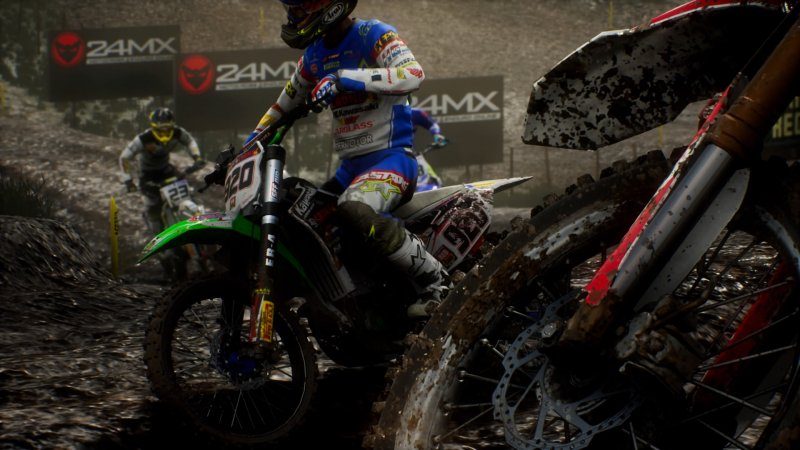 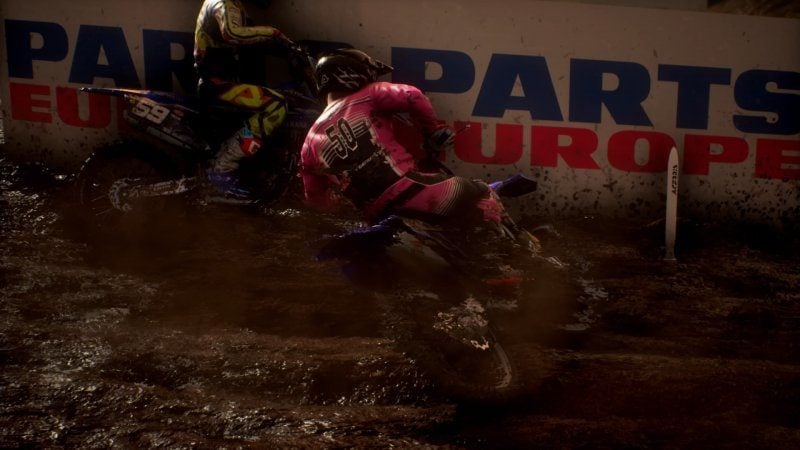 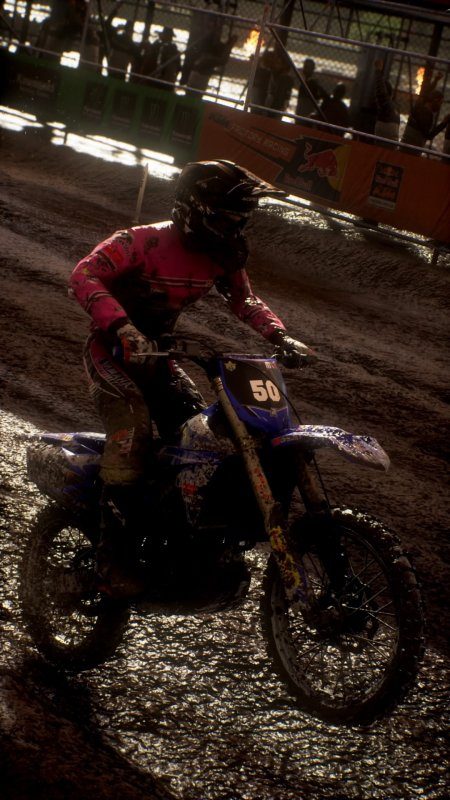 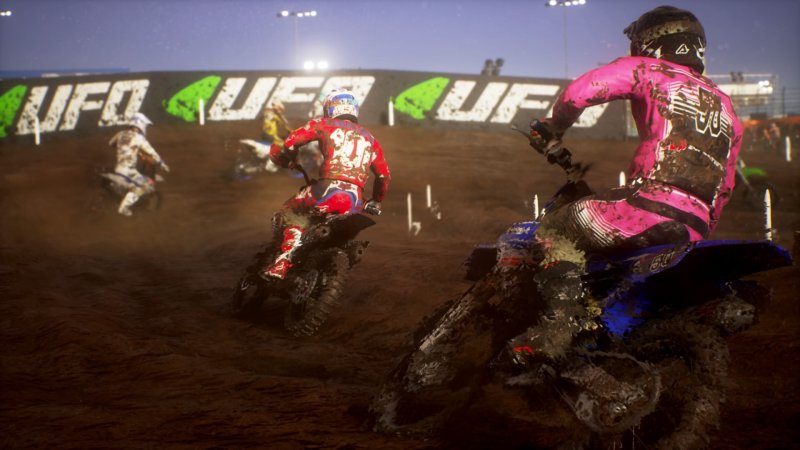 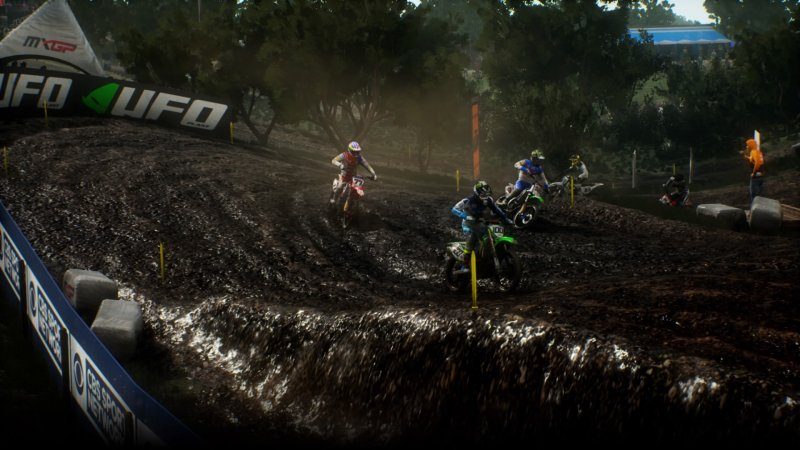 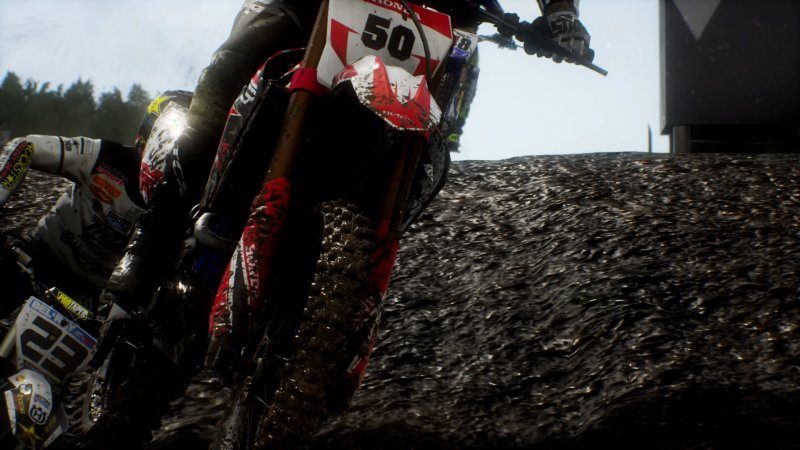 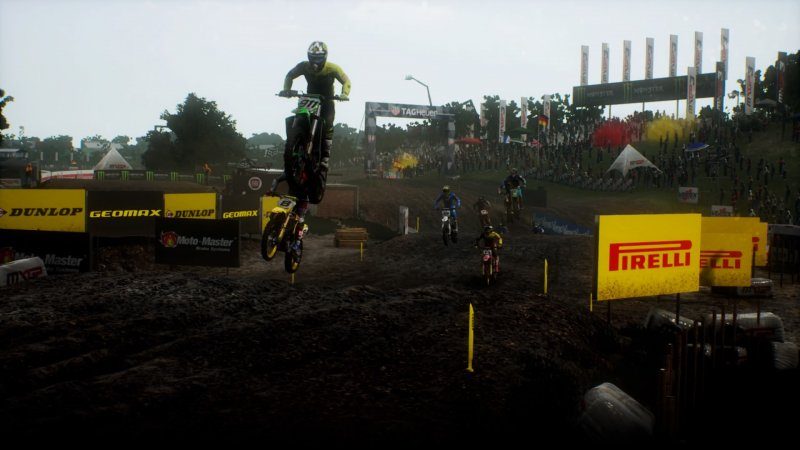 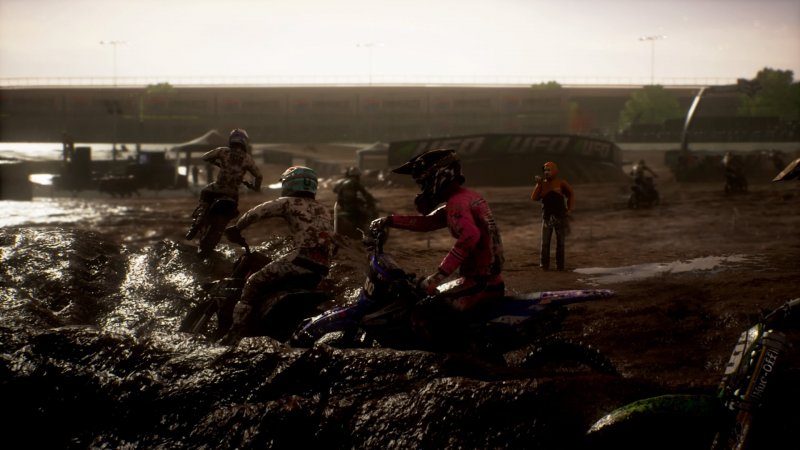 Wish the mud built up quicker on the bike etc, still good though. 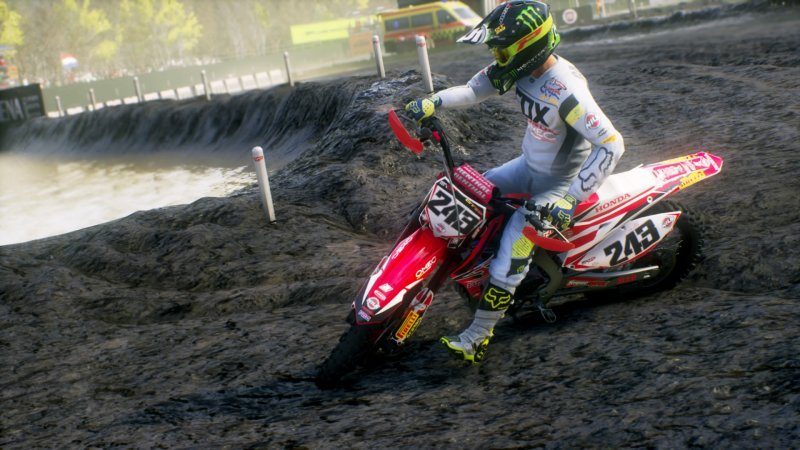 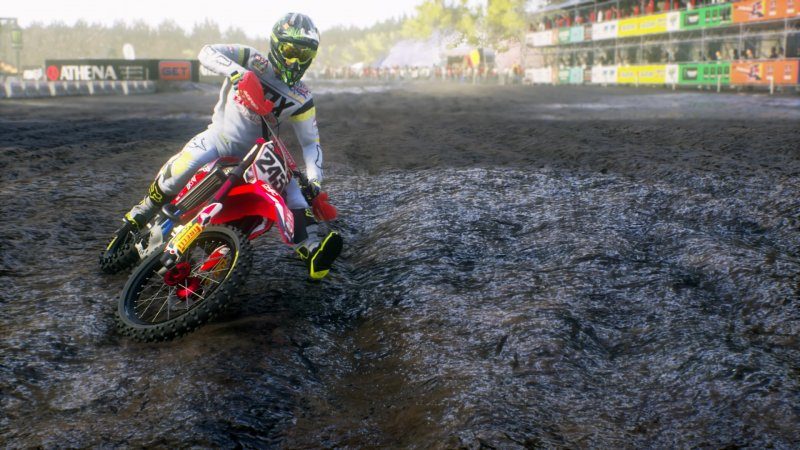 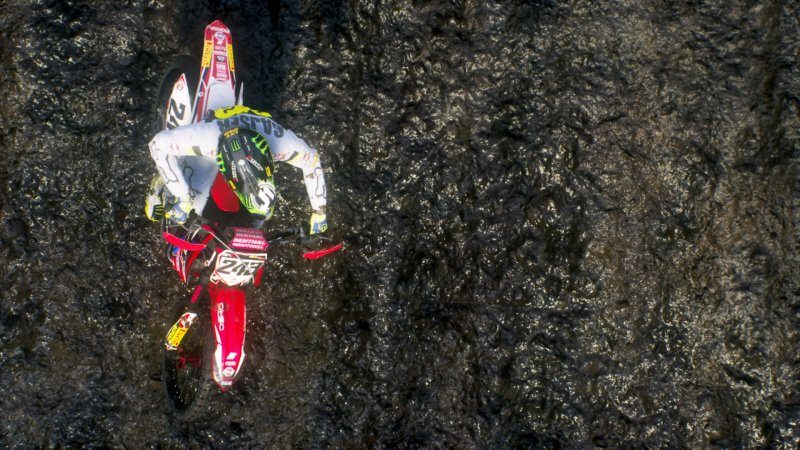 Detail is ace in the mud.. 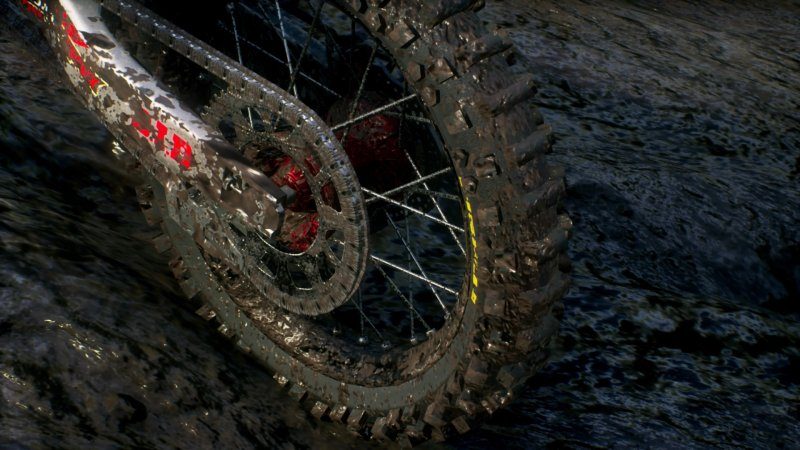 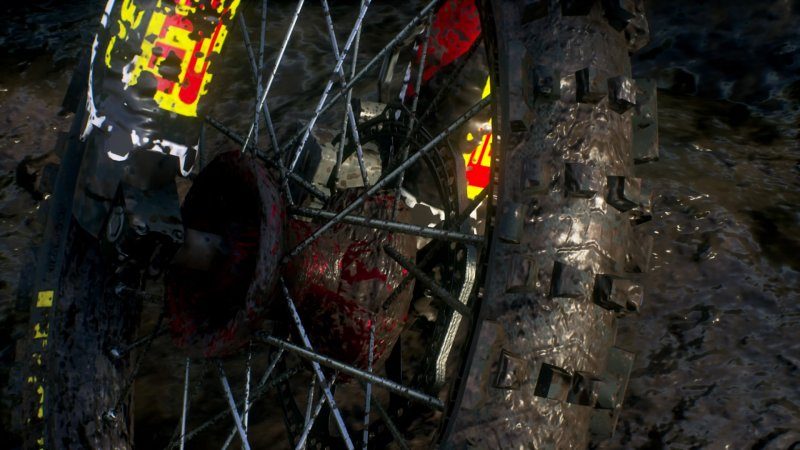 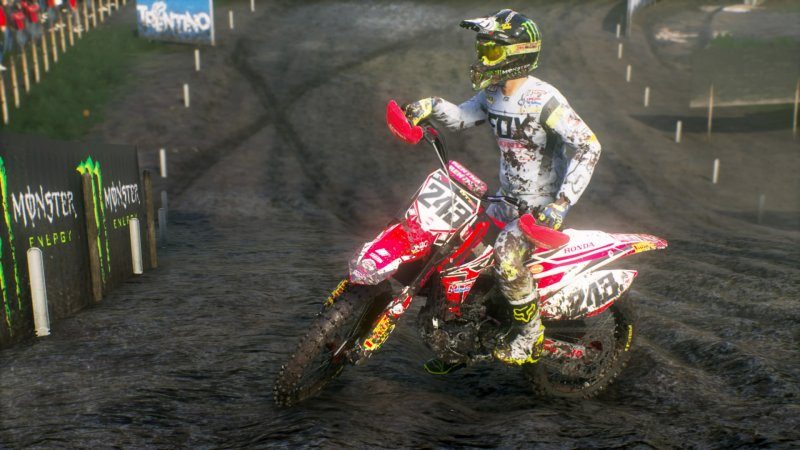 I love it, can you tell 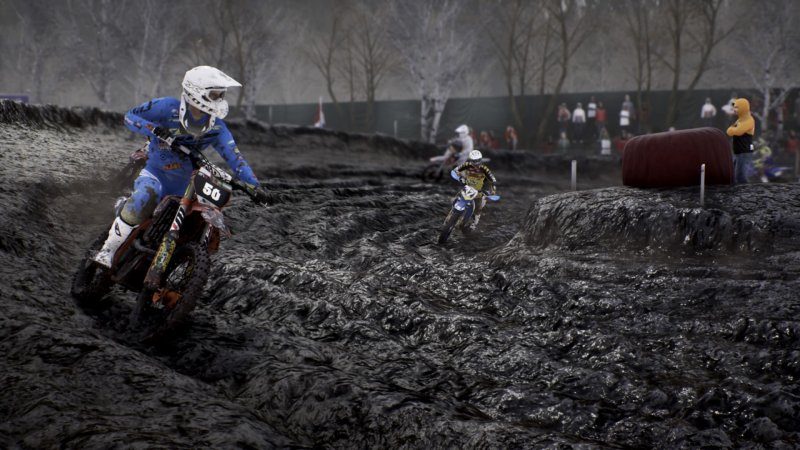 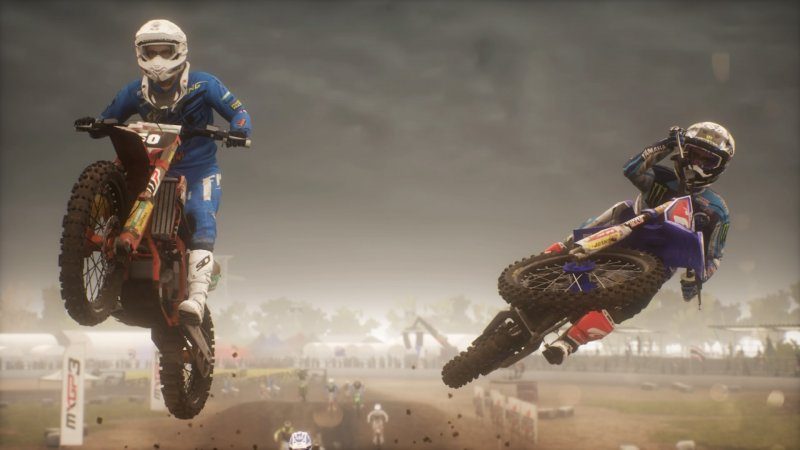 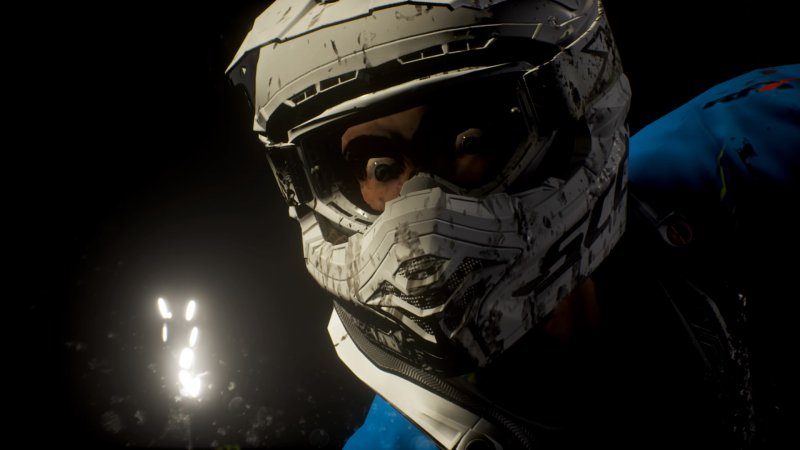 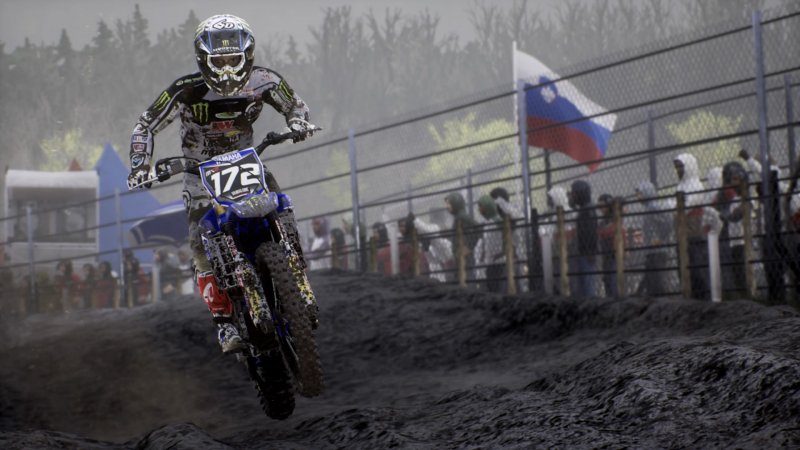 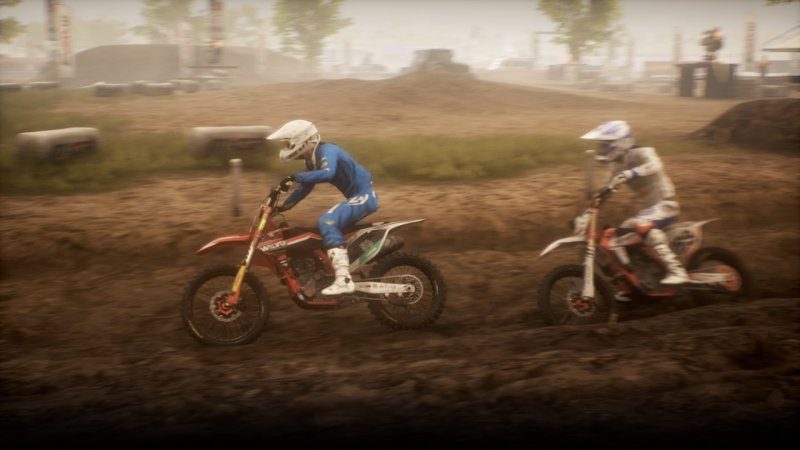 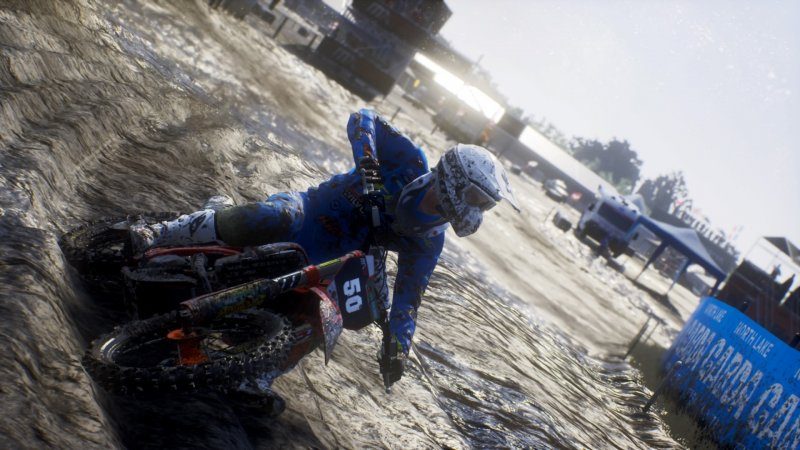 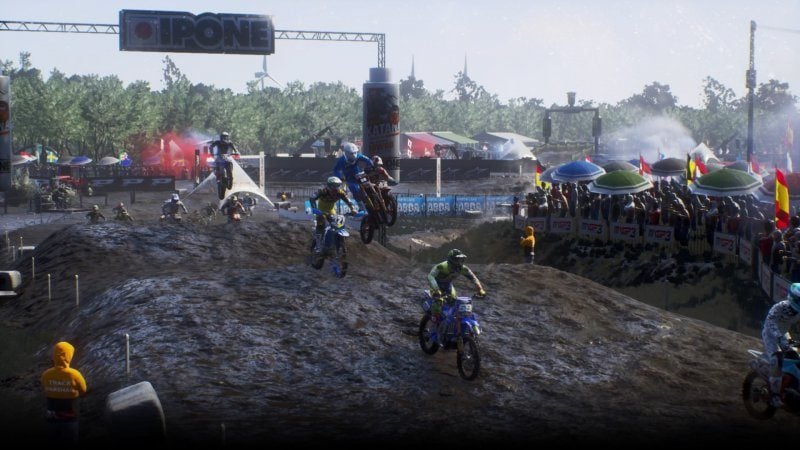 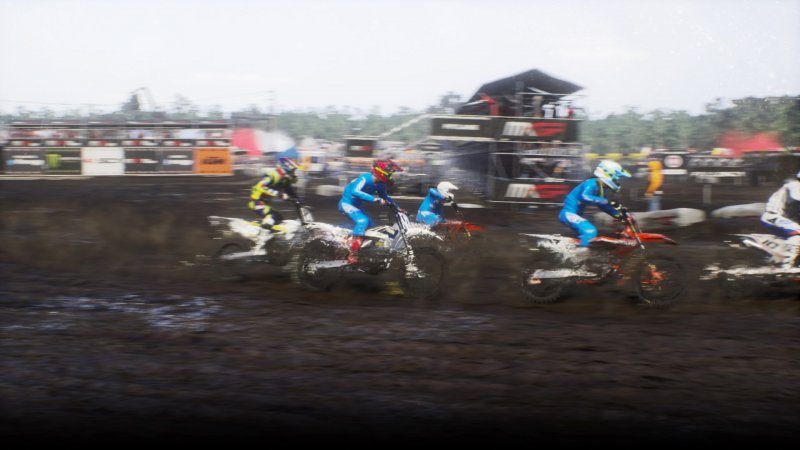 imported_rik19
I love it, can you tell

@imported_rik19 I moved all my large 3840x2160px photos to the official Pics thread you posted so not to clog up this one and to make it easier to see the difference between them all 👍 https://www.gtplanet.net/forum/threads/mxgp-pics.345878/page-3#post-11799458👍

I really like the weather as cloudy now! The first person is easy to use and fun and yep I am enjoying it as well for a nice change to all the cars lately.

Do you use First Person Hemlet Cam? Take all the Music off in game while racing so just the Engine and crowd sounds? I use it a 'sim'

if you like as the physics are very good now and the step up in detail is very nice. I started the Career but keep going to single Race to set up my own races. Argentina is a fun bouncy track in 'Cloudy' weather looks great too 👍

P.s Remember you now have the filters to use (Touch Pad) and you can blur in/out the Rider/Background manually now.

The only thing I can't find now is the little mini map I found handy and looks like it is no longer available. Although with the better graphics you can see the corners coming up etc and not so essential but would be nice when learning a new track.
Last edited: Jun 2, 2017

Yes @torque99 i use first person and no music. yes i have looked at the filters etc etc...

Impressive images all around. Love the mud shots and texture @imported_rik19 👍

Will they release a demo?
Also did they finally fix the bug(?), that your practice and qualifying times are always slower than some other guys, despite passing them left and right on the track?

Hi @Vinylshark i dont know the answer to your question, but i think there is a bug with custom outfit, i cannot get it to work, ive bought a new outfit etc, choose it but it dosent seem to work, can you confirm this @torque99

and the whole thing feels alive with colour and vibrancy of the tracks. One thing that stands out is the sky and lighting details, the blue and part cloudy skies look very realistic. Each game is getting better, the only downside is the rain being green/too heavy but @imported_rik19 try intermittent and it comes down much lighter and only part of the track and that is better 👍
Last edited: Jun 4, 2017

Good vid there @torque99 nice and smooth riding there, i love the replays too, a quick one of mine..no music sorry..I like the crowd noise aswell.

Definitely going to pick it up once I'm done with DiRT4 and moving into my new apartment.
Shame about the delay and the timing because this would've been a day-one purchase otherwise.

I love the details on this, here i am rear braking in slow motion..

Just happened to pick this game up Thursday evening at Gamestop... which I rarely go in to anymore. I have been playing TT: IOM, Ride 2, and MotoGP 17 here lately and had picked up the Monster Supercross game for XBox 1 when it came out several months back. I like the Supercross game, but on the Xbox the frame stuttering - especially on the starts or if multiple bikes are on screen (once the Ai all spread out it's ok).

MXGP3 was on sale for $22 and had read that it was really pretty good, decided what the hey. Man this game is fun, and runs so much better than the Monster Energy Supercross game (I did get MXGP3 on PS4). Really looking forward to MXPro now! Anyway, just thought I would be a thread back from the dead...
T

I enjoyed this latest MXGP game, the tight close circuit racing, jumps and all the mud was fun in 1st person. I must play it again soon. Enjoy

p.s I must also dust off Ride2 (although Ride3 is looking great) and TTIOM (I kept crashing and never made it round the course without falling off so I put it on hold for a break, but I will give the sidecars a try in the new DLC this month)... 👍

I should get back into this, nice one @barryf1fan , i wonder if its worth even getting mxgp pro, wonder if its any different than number 3..hmmm

@torque99 I sold isle of man game within a week, couldnt take the jerky frame rate, shame because i wanted it for so long, never got rid of a game that quick either..

@torque99 I agree, it was a bargain - especially since it had a price sticker of $29.99... When she rang it up, it came up to a little over $24 (with tax). I said, "well, that's a deal". She didn't know why it rang up cheaper, said maybe they were trying to get rid of it. I told her a new MXGP game was due out in about a month - and of course, she had no idea. She did try and get me to pre-order whatever Call of Duty game is coming down the pipe...

@imported_rik19 , You're right about the frame rate in TT: IOM - but it isn't even a 1/4 as bad as the Monster Supercross game is on my Xbox One original - the game will "literally" STOP for a half second or more and do that for several seconds until it can process who-knows-what. It really only happens that bad on the start with all the bikes flying to the first turn... but it's bad, unacceptable bad.

The game is loads of fun though - I still struggle a bit on the tracks when it's raining, but as I'm learning the tracks starting to finish in the top 5, and win a few here and there (playing Career Mode). Can't remember which track specifically right now but one of those tracks is unbelievable tight! I think it's France, but man, what a challenge that race was. I've left the REWIND feature on for now, at least til I've run through the tracks at least once... but I did get a trophy last night for doing a race and not using the rewind function - didn't realize I hadn't.

Some races, I seem to use it 2-3 times a lap and others I may only use it once. Fun game!