It looks like 2 Stroke bikes are confirmed along with the Unreal4 Engine for weather and time of day.


"Milestone surprised us all recently by announcing MXGP 3 earlier than we expected. The screenshots dazzled us with their crisp textures, particle effects and deformable ground, (thanks to the use of the Unreal Engine 4) which was then followed by the official announcement trailer giving us a look at some gameplay.

May 12 across the PlayStation 4, Xbox One and PC platforms.

The trailer (seen below) showcases the existence of two-stroke bikes which will appease many fans that were desperate to have them included. Indeed the trailer itself centres around the inclusion of the 2 stroke bikes with 10 included in total which will have their own physics and of course sound, check out the 2 stroke trailer below. - See more at: http://www.teamvvv.com/en/news/comm...nounced-2-strokes-coming#sthash.JVG40cgZ.dpuf

For those interested, some first impressions from Team VVV and interview with Head of Game Design, Irvin Zonca.


​
The game is looking great. A massive and sorely needed improvement in graphics and sounds from the previous two titles. Moving to UE4 was definitely the right move for Milestone.
T 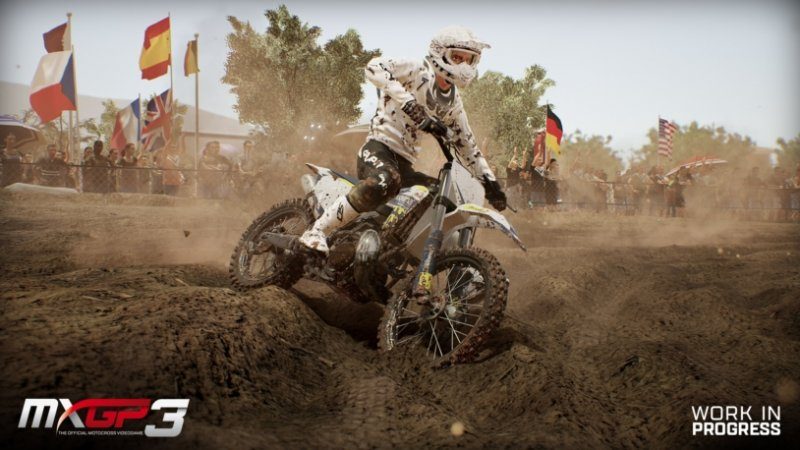 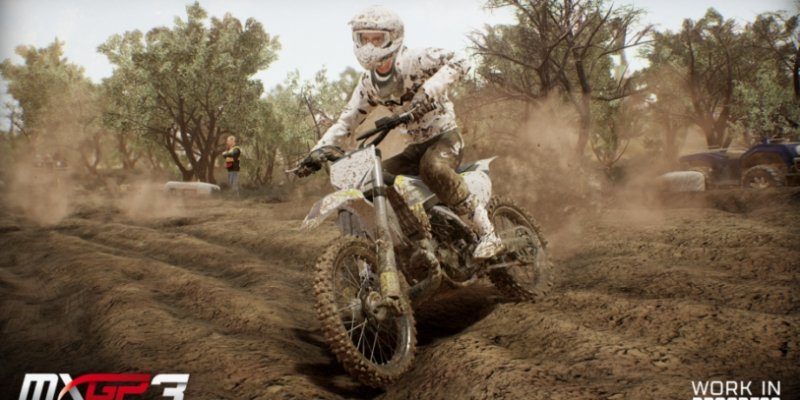 New release date was announced earlier today. It is now the May 30th, pushed back just over two weeks from the 12th.

I was looking forward to have something to tide me over until DiRT4 but this one will have to wait, for now.

These are exciting, but somewhat insanely busy times within Milestone’s headquarters in Milan. As the anticipation for MXGP 3 continues to build, so our efforts to ensure the game serves as a real turning point for the series also shifts gear.

That’s why we’re to ask for something that doesn’t necessarily come naturally to motorsports fans: a bit of patience. Today we’re announcing that MXGP3‘s launch date has been moved to May 30th for Europe including Australia, New Zealand, Middle East and South Africa and to June 20th for USA, but that’s a delay that’s come about for the best of reasons.
Click to expand...

One of the recent Team VVV vids hinted at reasons why the delay, though to be truthful I wasn't paying a huge amount of attention - Alan just mentioned that Milestone had said they were working on improving certain things (rag doll physics, etc.)

@er185es Thanks for all these videos from milestone. This isn't looking too bad with the new graphics engine..I don't play MXGP2 as much as I would like as there is 'always something better to play first'. I may give this one a shot. @imported_rik19 and @MeanElf are you picking this up on release or waiting as it is now very near DiRT4 and Gravel and (GTSport?

yes @torque99 i will be getting it, unless it gets pushed back.

As always (these days) it's a matter of seeing how the cash flow is first Mr @torque99 After getting WipEout Omega and Gravel I'll need to see if I can get D4 and then MXGP3.

How come they have this to stream already

? I'm not sure from that video I notice too much graphical or sound improvement. But I understand there will be rain and weather in this one.

I just saw a commercial on TV of this game. I must say- I'm intrigued! The game looks pretty cool from just the commercial. The only thing close to a motocross type game I've played was with the motocross bikes in Moto Racer 2. Other than that, this seems like a very cool game.

torque99
How come they have this to stream already

? I'm not sure from that video I notice too much graphical or sound improvement. But I understand there will be rain and weather in this one.

Team VVV get prereview copies well early, so do others, depending on the developer. I think the quality will be far finer when you're playing it as YT can kill quality with its compression.
T

Picked it up with a PSN Store gift card I had. The graphics have definitely had improvement again with the Unreal Engine4. Lots of wet mud

and the replays do seem to have the video feel to them. Overall a big step up and you now choose weather or a clear day and just a wet track. I took a video of the new replays and of course plenty of photos, they have same settings but you have a few filters to choose from (press touchpad) and you can now blur the main rider or focus on him (square and triangle button) no shutter speed still.

@imported_rik19 Did you pick this up in the end?

I am enjoying it, but I think it will be an expensive year with all these driving/racing/photomode games 'incoming' soon 👍

Get more pics up @torque99

imported_rik19
Get more pics up @torque99

Funny you should say this

I was messing around with the few filters and weather settings last night. The big difference is things like the crowds and smoke clouds blowing across the track as you race (red blue etc) and the dust clouds and particles on replays. The backdrops (mountains etc) have had a touch up too. At first not much seems to change its only replays/photomode you notice the better textures etc


And all this with the Unreal Engine4/weather system coming in at only 16GB!
Last edited: Jun 2, 2017


I was wondering does this run at 60 frames on the pro, as ive seen a few vids and it looked smooth, maybe that was pc or something...
T


I was wondering does this run at 60 frames on the pro, as ive seen a few vids and it looked smooth, maybe that was pc or something...
Click to expand...

Replays look much smoother on Pro definitely, especially the TV replay views. Gameplay is a different matter as I am concentrating so much and bouncing up and down (I use the nutter first person Helmet cam)

I don't think I have read anywhere it is all 60FPS:tup:

torque99
...(I use the nutter first person Helmet cam)

Great looking pictures and I look forward to more. With WipEout Omega Collection out next week, I probably will need to
wait a while for this - we'll see though.

Great pictures and this actually made me more eager for GRAVEL. MXGP3 feels so alive! Milestone has done a incredible job and their switch to UE4 seems their best choice yet. Amazing 👍