Weve had the RX7 but now EA/Ghost seems to have lost the plot with whats going on, after much searching online the best answer is "At some point" It wouldn't be so bad if they were dlc cars but these were meant to be INGAME day1:


I`m wondering if we will get them considering NFS2015 was forgotten about after 3 months.

^^^ 2015 had a full six months of post-release support, and I believe longer counting the PC release. They aren't going to change cars to paid DLC that they have already promised to be released in the abandoned cars system.

CleanCut
^^^ 2015 had a full six months of post-release support, and I believe longer counting the PC release. They aren't going to change cars to paid DLC that they have already promised to be released in the abandoned cars system.
Click to expand...

They shouldn't but this is EA we're talking about

. In all seriousness though the cars are probablyin the game files right now because of the last update and are simply locked via a tunable. All Ghost/EA need to do is adjust the tunables to unlock the cars for the week and move on. The only thing that is annoying is why the delay.

Damn you Mortgage. Now I have to go to work and won't be on for the next 12 hours

. Please tell us where it is

I`ve did a video with the Volvo location and restoring it to stock form. (without the rusty panels, etc)

Thank you. You're a saint among men diegorborges

The Amazon is also one of the cars I was looking most forward too as well. Just have to wait for the 'Cuda

The Amazon is a cool little car. I haven't um... "acquired" mine yet but I'm having trouble figuring out what class to put it in. I'm gonna end up with more cars in every class than I'll ever use. It seems a little small to realistically be a runner, and I don't want to make it offroad. I have too many drift cars as it is... I dunno..... I guess that leaves race class

Edit: I dunno, maybe I will make it a runner and do a wrap to look like a taxi..

My favourite modification to the Volvo Amazon has got to be those squared off extended wheel arches. Such a subtle difference but makes the car look so much better.

The Amazon! Fantastic thanks for the heads up diegorborges.

Something to do when I get home from work this evening- Ive just clocked on...

I hopped on the game last night and collected my Amazon. I didn't realize it after getting the RX-7, but the abandoned cars are already assigned a class - in this case the Amazon is an off-road vehicle. I didn't like that, so I sold it. I didn't have a chance to run to a dealership in my brief playtime last night, so maybe someone can answer.... if I go to a runner dealership will the Amazon be in there for $0 dollars?

The Amazon is not free if you wish to purchase another spec, but it is currently the cheapest car in the game. 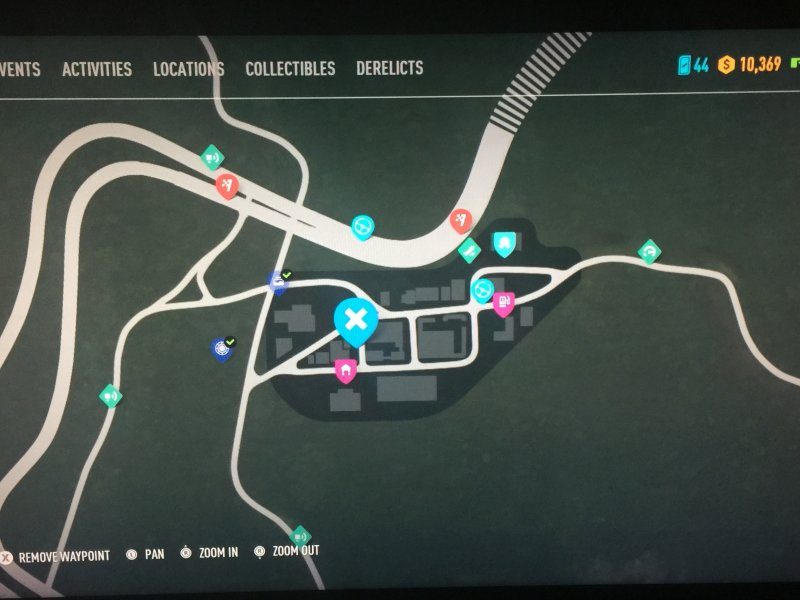 Well that was convenient...Now just to take it without getting caugh [Hears Sirens] Damn it!

cudwieser
Well that was convenient...Now just to take it without getting caugh [Hears Sirens] Damn it!

My question is: Why can't we just silently roll it across the street and into our garage in the middle of the night? 💡

What spec is the m3 in? Race or is something else

laserviper
What spec is the m3 in? Race or is something else
Click to expand...

3 out of the last 4 cars have been Race spec.... I wish they were more balanced, but whatever, it's not like you can't sell it and buy it at a different dealership.

I would assume that the old GTR will be race spec as well... leaving only the Plymouth Barracuda as potential for something else. It would make the most sense as a drag car, but I could see it as a runner as well.

Hey what's with the headlights in the package tray on the BMW M3? Anyone else notice this? Are they supposed to be speakers? They look exactly like headlights.

CleanCut
I would assume that the old GTR will be race spec as well... leaving only the Plymouth Barracuda as potential for something else. It would make the most sense as a drag car, but I could see it as a runner as well.
Click to expand...

Oh boy... if I have to cover five miles running from the police in a car that can't turn, I predict a broken controller in the near future.

Maybe they will place it right in front of the airport

It took me three tries but finally got that M3 back to Rav's place.

notsofast
It took me three tries but finally got that M3 back to Rav's place.
Click to expand...

The cops really were determined this time. I suspect they will be more agressive next time as they seem to have escalated their attempts with each car released so far, or am I seeing something that isn't there?

^^^ Nah, I'm actually finding it progressively easier as I go.... I made it back with the 242 and M3 both in single tries. The RX-7 took me many attempts, and the Amazon a few less but still several. Starting with the Amazon however, I did notice that the cops are not as easily shaken. After what I thought was a lemming-esque suicide over the cliff face, three patrol cars came flying up the hillside and rejoined the chase. There are videos on Youtube showing the same thing, so I think something was tweaked.

Ever since the Volvo Amazon, I have made it back to the garage first time around. The RX-7 took me three attempts since I wasn't expecting the open world cops to be kamikaze beasts!