Meanwhile I got the drag 'Cuda back to the barn with no issues - the pursuits are most definitely not created equal, depending on the car and the route.

This week's Hot Pursuit will be fun. It's the Skyline again and can be found in the same location as the original volvo amazon.

This car is a first however. IT IS A RUNNER. Strong, lightly boosted and decent speed and handling. Those up for a fight will have a ball with this one. Those looking a wild dash will also be fairly entertained.

Here is a map link from NFS Wikia

RX7's backand it's a drifter.


Get the sidewinders ready and give the cops what for

E30 M3 again. Starting in the city we have another panel beater (runner). Haven't picked it up yet but it should be fun.

I don't guess I've actually tried... can you sell these abandoned cars for a profit once you get them to the garage? I have no real interest in keeping any more abandoned cars, but I can always use the cash!

Yes you can. They sell for a bit more than standard resale due to increased spec.

Anyone up for a challenge. Volvo 130 Amazon in Braxton. A long way in an old car with no steering and plenty of nitro. A rather interesting drag race.

A racey Cuda for everyone. Go to the RX 7 Gas staton in the Northwest is Silver Canyon.

This week's abandoned car felt like more of a chore than virtually any other week.

driving the runner-spec Volvo over a predominantly dirt-based route felt really sluggish and left and bad taste in my mouth, sold it instantly.

Next car up: Skyline 2000gtr in Drift spec

RX 7 Dragster for you all in Braxton

^^^ I nearly rage quit on the Nissan Skyline from last week. Attempted it three times and gave up. My main problem was that the location required tons of curvy driving and being a drift spec, the cops kept ramming me in the middle of a drift corner and shoving me completely off course. The second problem (actually this might've been the main problem) is that the game would bust me even when I wasn't surrounded. I'd hear that sound effect that tells you a bust is imminent, but I would actually get away and start driving away (not reversing or sliding, but actually driving) and it would trigger "busted." I've sank 140 hours into this game, and I've never seen this happen before. I was actually wondering if there was an update or something that I didn't know about.

Anyways, made me not like the Skyline. It's slow, and as I recall, was one of the most difficult abandoned cars the last time I tried it in race spec.

The skyline has been difficult except for the runner spec one about a month or two ago. The others have been a pain. It's a light car so it is easy to knock about and being slow doesn't help. As for being busted I have noticed that you need to be a distance away from the cops as sometimes (on PS4) it seemed I was free, but hadn't gotten sufficiently clear of the cops even though I was driving away from them. In any case the busted setup does seem a bit random at times.

^^^ Yep, I have been in plenty of situations where I couldn't believe I wasn't busted, so it seemed odd these go-arounds where I felt like I was in control of the situation and yet didn't get away.

Skyline mountaineer this time. Time to kick up the dirt.

Barry the cuda is up again.

M3 Drifter for you all at the silver creek Gas Station

A quick and easy Volvo Amazon Racer in the city

Either the list of new abandoned cars have been leaked or this list is made up.... Sure looks legit though

I'm actually looking forward to the Crown Vic more than anything. The rest of the cars can be purchased anytime. It appears they will have unique wraps on several though.

This week's abandoned car is the...


Land Rover Defender 110 "Shark Attack"
Not really my cup of tea but...


Rated at 190 stock, it is much faster than any of the previous abandoned cars is the most fun mission I've done so far. Another neat feature is that is comes with flashing blue neon which can be transferred to other cars.

@ FT-1: Can you change the vehicle any or is it locked like Eddie's Skyline?

FT-1
This week's abandoned car is the...


Land Rover Defender 110 "Shark Attack"
Not really my cup of tea but...


Rated at 190 stock, it is much faster than any of the previous abandoned cars is the most fun mission I've done so far. Another neat feature is that is comes with flashing blue neon which can be transferred to other cars.
Click to expand...

Here's a vid as well


This is meant to be a boss car so which boss owned it.

@CleanCut It is UNCUSTOMISABLE Like Eddies Skyline. You can put speed parts on it, but nothing else so these cars are akin to collector cars (wonder if Ghost will let us trade them like pokemon cards

CleanCut
@ FT-1: Can you change the vehicle any or is it locked like Eddie's Skyline?
Click to expand...

Visual customisation is locked, but you can remove the animated neons to put on another car.

EDIT: Funny enough Cudwieser, when I found the abandoned car, a bait crate also spawned right next to it for me as well! 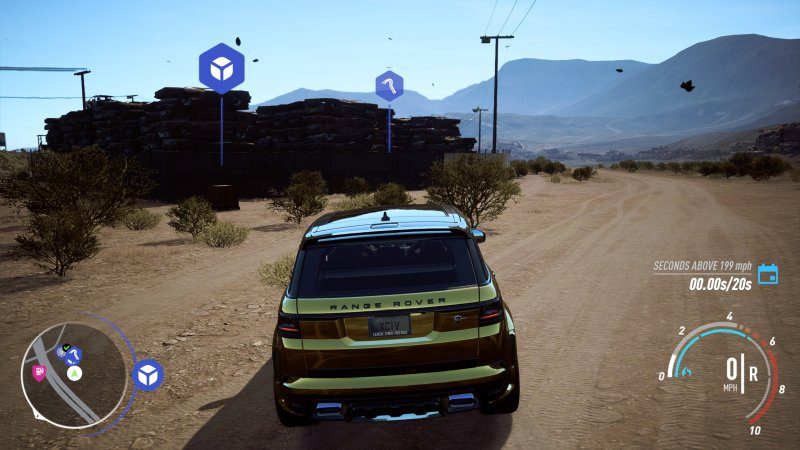 ^^^ Too bad about customization. It's not a big deal I suppose - it's easy to buy the same cars and do what you want with them. I already own at least 75% of the abandoned car roster.

@cudwieser That isn't a boss vehicle. None I've ever seen at least, so if they are calling it one, they're wrong. According to the leaked abandoned car list they are releasing several random vehicles in addition to boss cars. This is one of them.

Oh and another thing I noticed - Apparently it was a typo in the patch notes about the Mercedes C-class. They evidently meant G-class - the one that's already in the game. So no new car there apparently.

What is the fastest car in Need for Speed? (Found with complete list)