Love the mood you set specially the RSC Shot ,love the Camaro one aswell it's aggressive design adds to the theme

Shots are amazing as usual, but the layout is just crazily awesome.

I'm so confuse and mind**** when I click the pictures

SlipZtrEm
Leicht - Heh, I just got a 4 thanks to an awesome Boxing Day deal. 4S is $160 on a three year plan, but my 4 cost me... $0. Who can say no? Especially since my awful BlackBerry's contract was expiring this month anyways!
Click to expand...

Amazing work on the layout!

But when I click the shots, my jaw length dropped to about 100m.

to the Zonda, Camaro and RSC shots.

GT-R
I believe that is K2RED.
Click to expand...

Amazing way to show off your update, awesome!

You're skills in providing an amazing looking shot along with a way to make people click the full size version amazes and scares me.

SlipZtrEm
Bram - Ha! I wish! No no, that's a shot from Forza, as is the Exige in the corner as well. My idea is the direct opposite of the one-or-the-other mentality a lot of people have in regards to the two games; I'm gonna smash them together

Hmm, this makes me wonder what I should think of Forza's graphics.

On one hand the car seems incredibly detailed, but on the other hand the car looks like it's made out of plastic, or drawn within Photoshop. It seems to be a general issue I have with Forza's graphics. The game does look incredible, but there's always something bothering me about the car and how they're modeled when shot in photomode. They just seem to have this general feel of being a plastic model kit about them.

That typography. But really the star of the show is the Furai.

The presentation is always a pure joy to watch!
The pictures are damn good (definetly not the best in the Forum, but still Uber - good), but I think your presentation is, what makes this Showroom so awesome.

Don't like this song though. Even gave it a couple of rounds.
I do believe, that I'm an open-minded person when it comes to music, but I can't get into this.

Well, I waited until I got home from a few days holiday so I could view this properly on my computer and I've got to say it was worth the wait. Super slick presentation as we've all come to expect from you Kyle.

The shots certainly do share a common theme and work very well together in this update. The Furai shot is just incredible and the Zonda is a fantastic example of a mode 1 shot. I love the atmosphere in the RSC shot and the set finishes on a high with that demon possessed TransCammer - easily my favourite out of these.

Response time! I realize waiting until the next update doesn't exactly gel well with answering any questions

. First off, a general thank you to everyone, I really didn't expect such a positive response from what was meant as more or less a "filler" update until the big one at the end of the month. All your comments are very much appreciated!

SVX - I've never once touched Halo (unless you count the Warthog Autovista model in FM4), so consider that coincidental! The colour is whichever metallic red the Furai originally comes in - I can't easily check from here, but I'm sure it's in the old Colour Database or Duck's Car Catalogue

Fido - Those two are my favourites as well, though I really ended up enjoying the RSC, surprisingly, just for sheer driving. Also glad you enjoy the song; the whole album has been a mainstay on my iPod since it came out back in February

GT-R - To be honest, the vast majority of my editing is done with saved settings from previous sets. Obviously there are exceptions - the Furai needing some cleanup, for example - but I've got some base settings I always revisit to get the desired exposure. Also, dodging and burning help exaggerate anything if I feel the need. I'll have to keep this streak going with the next update, I suppose... one which I especially hope you in particular enjoy

FishyJuice - And as always, I'll say "too kind". Because that's what we do

ShaolinMasta - Another fan of the Furai? Excellent! Glad to hear it!

sems4arsenal - The RSC surprised me; I had a few "mean" cars sitting around when the idea for this update popped up, and this was always a strange concept in real life to me, a pre-cursor to BMW's X6 by a good few years. It's certainly the angriest looking modern Toyota I could choose, and it looks quite at home out on the dirt, so I'm glad you enjoy it

Gtuned - Ha! I am undeserving of the title! But thanks, G

Leicht - I hope it all makes a bit more sense now! As for the $0 iPhone 4: a local store had a Boxing Day deal on them, presumably to get rid of stock, and as I saw no use to pay the $160 needed to upgrade to the 4S on a contract, I decided the free option made more sense

jus1029 - It almost didn't fit! I knew the forum resize feature would kick in soon, and wanted to avoid it, but stick with my font choice. In the end, it's just enough, even though it probably is overkill at well over 2000px long all-in. I'm glad you like it, and the images of course!

Horde - Glad those three are going down so well for everyone, thank you

Skython - I'll admit, part of the fun of making these layouts is encouraging those who view it to actually see the full-sizers. I'm sure we're all at least occasionally guilty of only looking at thumbnails/previews, so this basically bypasses that

Bram - I definitely see what you're saying. Playing FM4 for the past six months, I've been a bit frustrated with the Photomode, as I can say without a doubt I prefer GT5's layout in that particular game mode. It's possible to take very good shots in FM4, but it generally requires more thought towards the execution than GT... provided the latter is on a high-quality track with a Premium, of course.

BkS - Eh, I've become a bit too reliant on that font, but it gets the job done. I'll agree, the Furai was definitely my favourite of the group; I love everything about that car, and it's a gigantic shame it's saddled with Standard status.

. I agree, far from the best shots around here, what you and others do these days is just incredible, the consistent level of quality is something I never would've dreamed of two years ago. I hope my presentations don't overshadow my images though!

Nato - First off, hope the holiday went well; you definitely deserve one if your ceaseless contributions here are anything to go by! Thanks for taking the time to pop in after you got home, and I'm glad both the presentation and the images themselves were enjoyed. I hadn't really spent time with the TransCammer before - now I know why it's so well-liked! Such a photogenic beast, that one 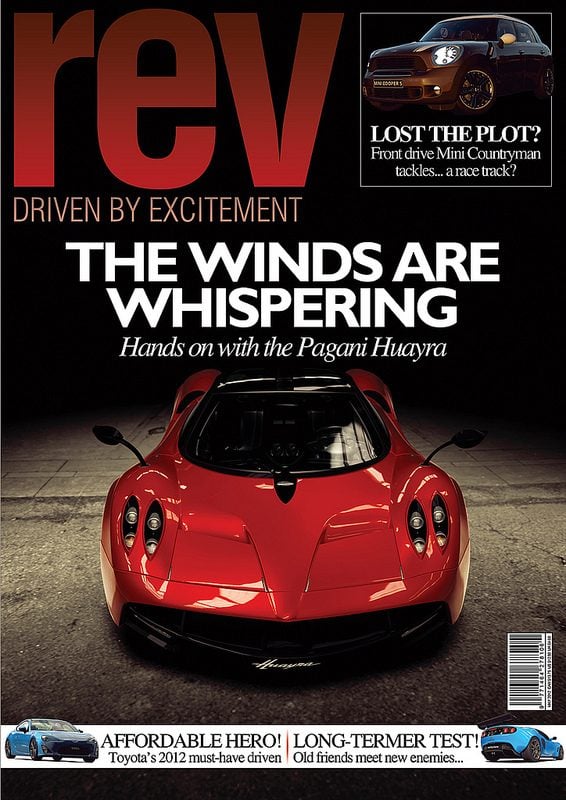 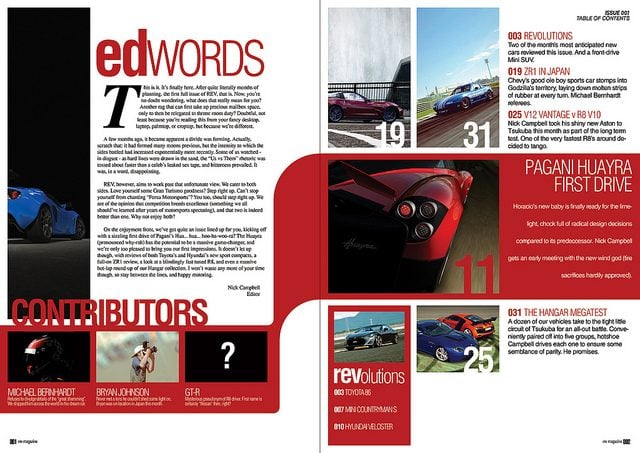 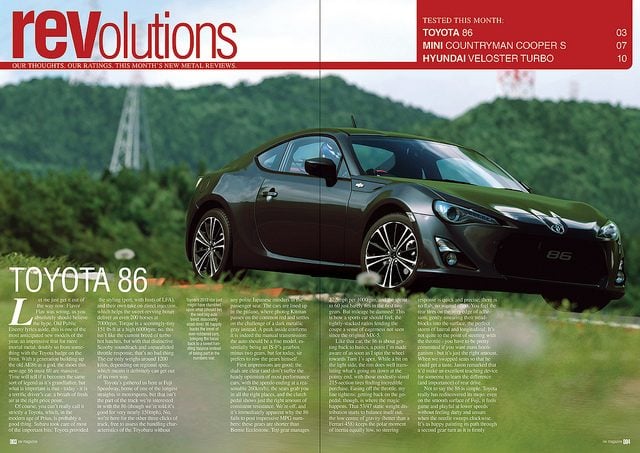 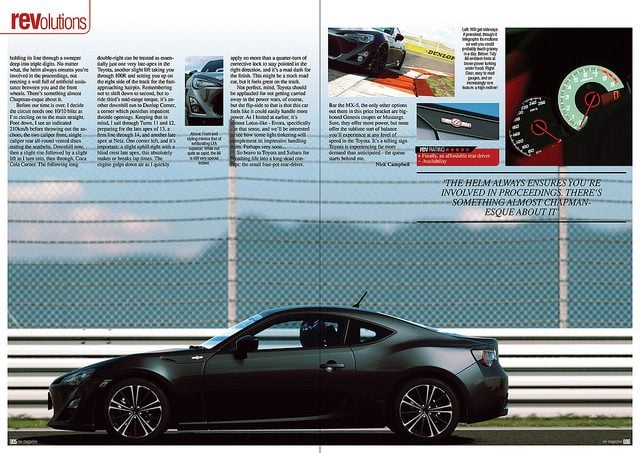 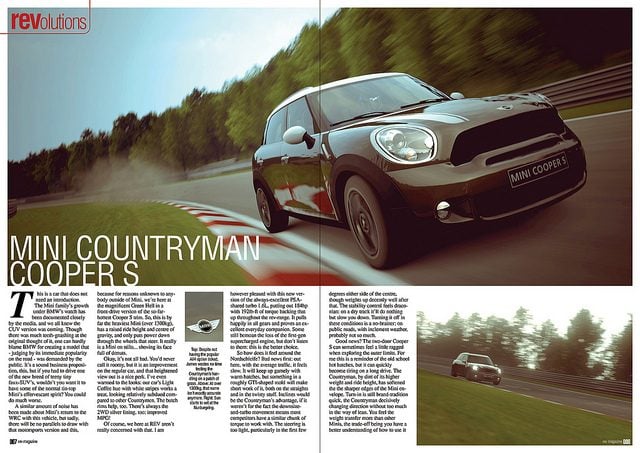 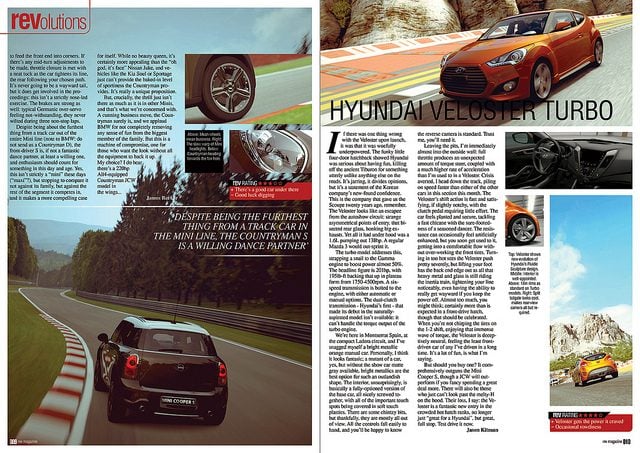 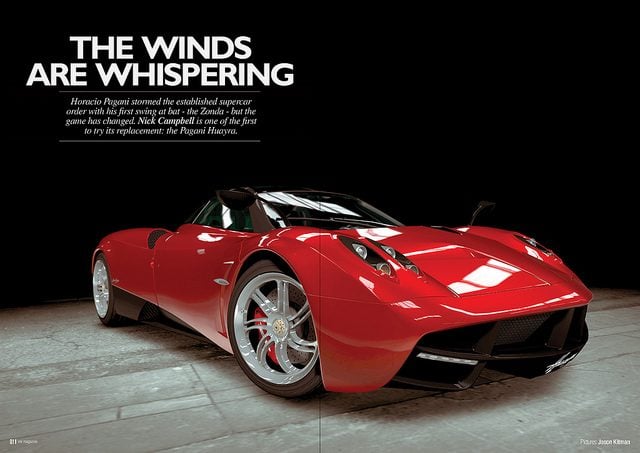 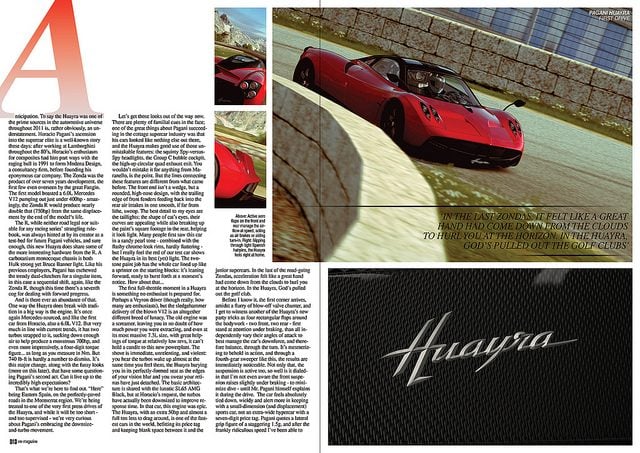 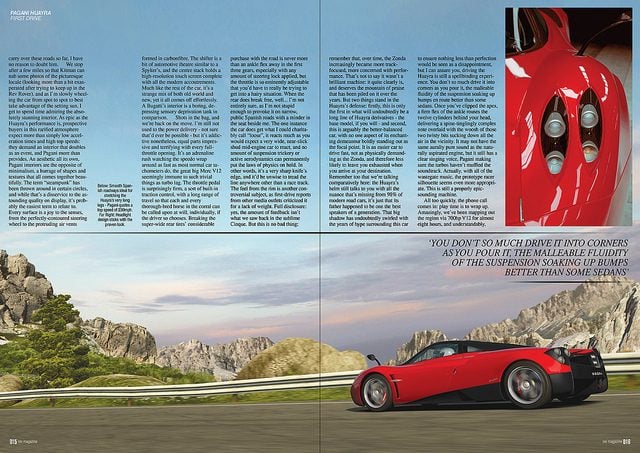 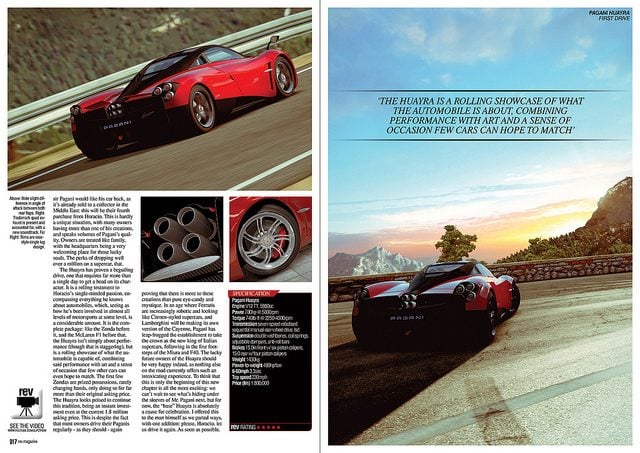 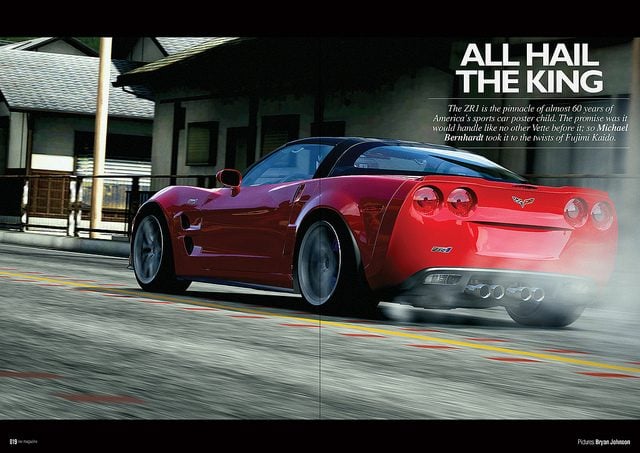 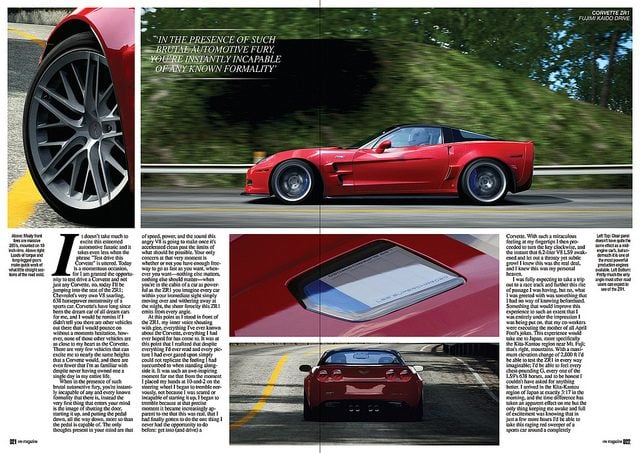 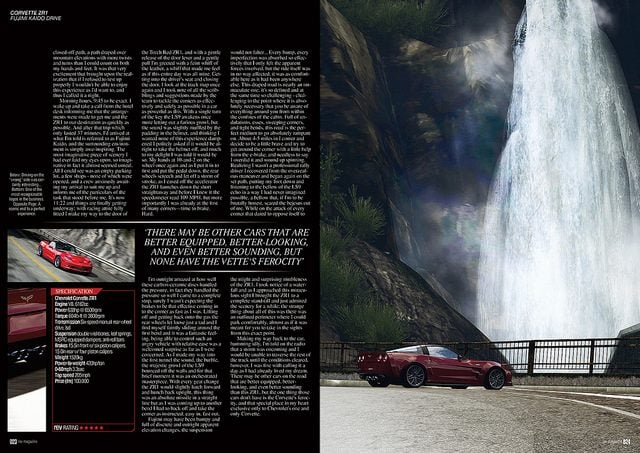 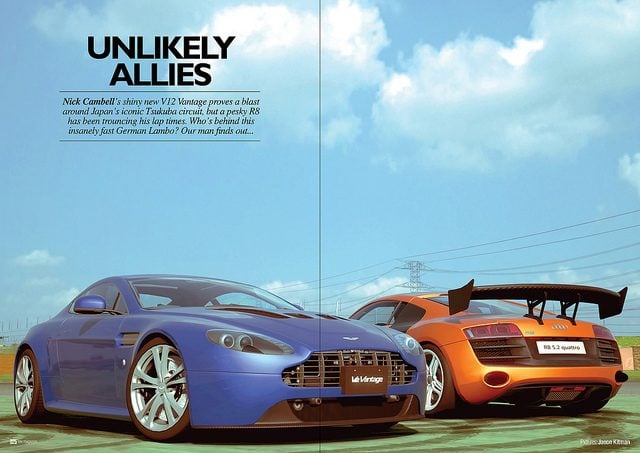 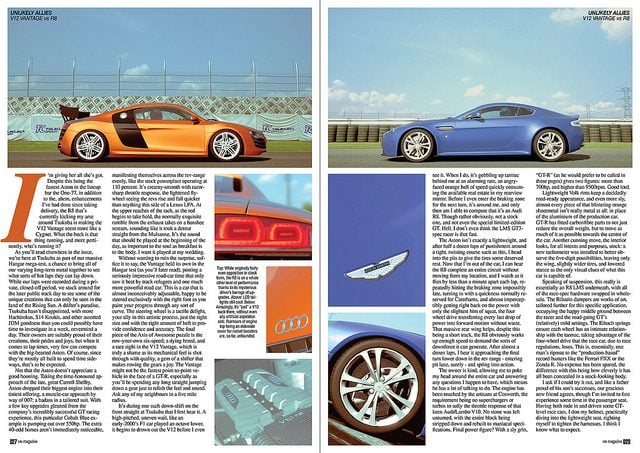 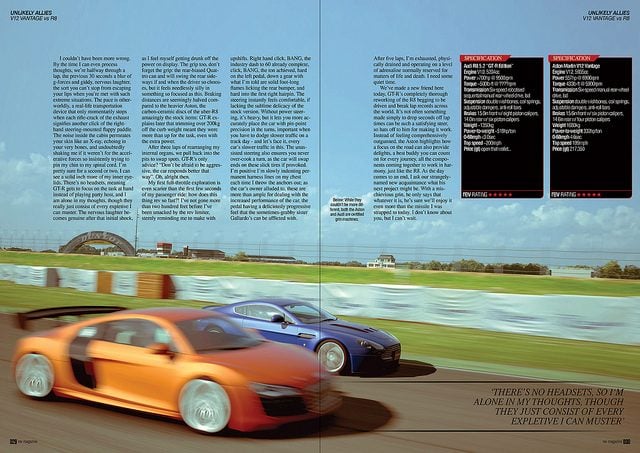 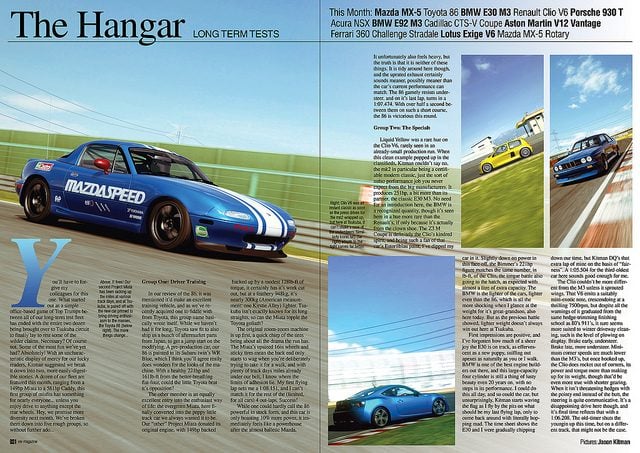 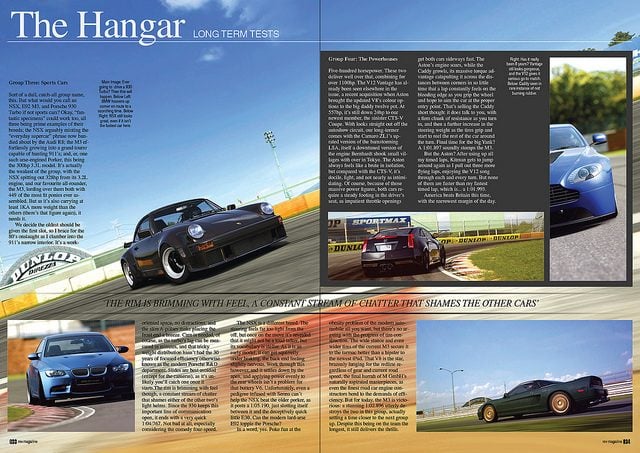 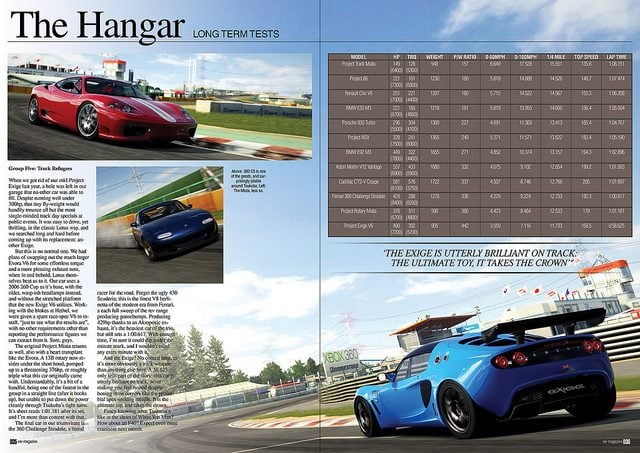 The Man Comes Around

Look at you showing off.

Oh, I just broke the fourth wall didn't I?

(A joke no one else but you will get, I presume.

Great use of Forza slipz

Hats off to you sir! An incredible amount of work has gone into this and it is utterly brilliant! Stunning shots and a great read, I just can't say enough about how good this is - all I shall say is thank you SlipZ.

Island In The Sun

I have no words to describe this, so I'll just quote Fishy:

Ferrari_458
I have no words to describe this, so I'll just quote Fishy:tup:

No offence to Schwadegan, but this is the best GT (and Forza) magazine I've ever read!

I tell you what... I would by that magazine on the spot

Wow. Incredible update. The pictures are so incredibly realistic. Are you sure you haven't just been having fun with the photoscanner again?

The magazines make a good read too. I am currently about a quarter of a way through. As with the pictures, the layout is really realistic too.

SlipZtrEm
SVX - I've never once touched Halo (unless you count the Warthog Autovista model in FM4), so consider that coincidental! The colour is whichever metallic red the Furai originally comes in - I can't easily check from here, but I'm sure it's in the old Colour Database or Duck's Car Catalogue

Me neither, I'm more of a racing gamer myself. Thanks for the information about the Furai's colour too, hopefully I'll be able to have a little play with it seeing that this week's CCCL car of choice is the Furai.

My GT5 racing career - In pictures