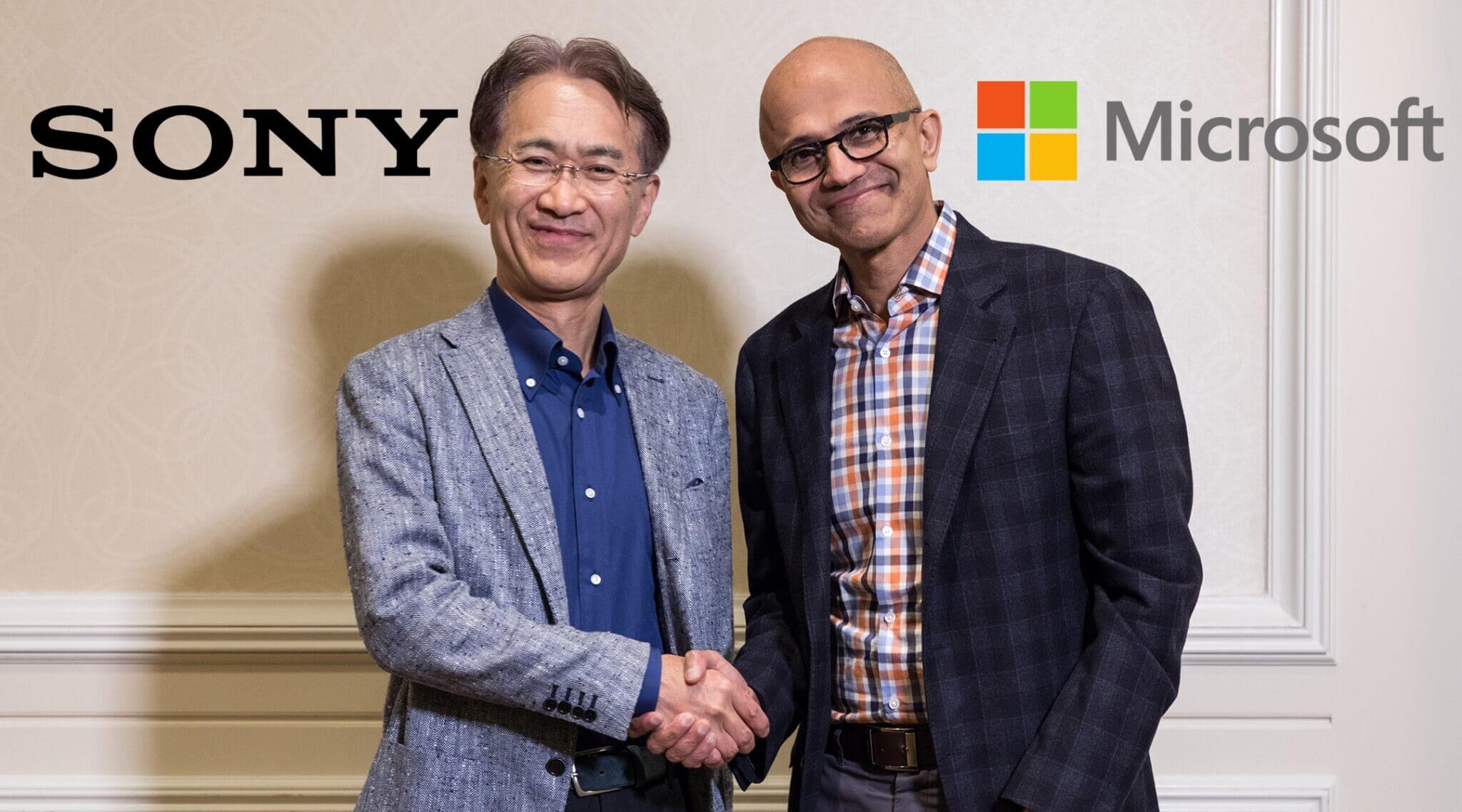 This article was published by Andrew Evans (@Famine) on May 16th, 2019 in the Gaming category.

Shocking news. Will be interesting to see how they handle GT and other console exclusive titles

Maybe they will unite and make one console, eliminating the need to mess with cross platform stuff, and it would probably be insane given these two companies are the leaders in console sales. Unlikely to happen, but just a thought
J

This isn’t shocking news to me. As someone who works daily in the Azure cloud space....I have to say, I think some people in this thread are misreading this partnership. This really is not an Xbox/PlayStation partnership. From reading that, it sounds like Sony simply went with a new partner to host their cloud based services. That’s really all this amounts to. I don’t know if their previous contracts are up, or if they want a more robust offering such as Microsoft, Google, or Amazon offer. Who knows. But surely all of these major players submitted bids for this contract. That’s generally how these things work on the sales side. For whatever reason, Sony chose Microsoft. As part of that hosting deal, Microsoft are receiving some collaboration/expertise to help in various areas of their business (thus the mention of sensors and semiconductors, etc). Sounds like a good deal for both sides. I highly doubt we are suddenly going to see Forza on PS4, or “one console”, or anything close to that. This seems more about the business on the back-end; the data centers, cloud hosting, streaming content, etc.

EDIT: Also, isn’t Kinect dead? Or is it still being used in the PC space? Military contracts? I thought as far as Xbox goes, it is dead and buried.
Last edited: May 17, 2019

The Kinect is still a thing?

Shocking.
I suspect they fear Madbox, your move Ian.

I found this part interesting

For Sony, if its PlayStation is to remain competitive, it too is likely to need to move heavily into streaming full, high-quality games over the internet.

Industry analysts say Sony might have struggled to do it alone.

"Everybody else has a head start on them,” said Rebekah Valentine, from GamesIndustry.biz.

Corsa
Shocking.
I suspect they fear Madbox, your move Ian.
Click to expand...

I think it's when an Amazon package uses that really annoying tape that's hard to rip off. I could be wrong though.

I don't see why Sony is bothering when one month of PSN profits could pay off the US National Debt.

Ryan Le
Maybe they will unite and make one console, eliminating the need to mess with cross platform stuff, and it would probably be insane given these two companies are the leaders in console sales. Unlikely to happen, but just a thought
Click to expand...

I doubt they will make 1 console between the two console makers but, I think they are going to help one another out considerably and I think it's a GREAT idea.

To me, this collaboration is a direct response to Google's new system. Almost seems as if both companies are panicing over it, as they should, in my opinion.

Tornado
I don't see why Sony is bothering when one month of PSN profits could pay off the US National Debt.
Click to expand...

I like that! Now it's time to get rid of the console warriors...

It makes a lot of sense for Sony to go down this route. Now for the record, I am a PS4-Pro owner and have always had playstations. PSN is nowhere as good as X-Box Live and with Sony's troubled history with PSN, it's better that they do a deal like this, than having to develop a totally new system for when PS5 is launched.

If they are both going on the same live services, would it now mean, cross platform gaming will be pretty much a given?

Also, with the VR stuff, don't you need a camera pointing at the headset, so it's able to work out the X , Y and Z axis, or is that just how Sony do it with the PSVR?

OMG a freind of mine said a few years ago he thought Sony & Micrsoft would join forces, and you but a PS or XBOX and its just the front end that is diffrent Hardware n software would be the same. mhhh this is intresting

What a strange timeline we are living in!

It's nice to know Sony and Microsoft are taking the threat of Google entry into the market seriously; hopefully that means more features shared across the Playstation and Xbox platforms to combat Stadia. 👍

Stream games and content in the future, yeah right, not here in Australia.
Last week I "upgraded" my internet from my trusty tried and tested ADSL2+ connection to NBN Cable. Had to do it by August or I would have no home internet as part of forced NBN migrations.
So for the same money I went from 17.5Mbps to 12Mbps.
And that is only half the story, in peak on the DSL I always got 16+mbps. On the NBN cable I am only getting 6mbps and 400kbps up!!!
Sorry but streaming games will not be a reality for Australia as the government royally screwed up our broadband network, all because of one mans pride and ignorance. A lot of people are now stuck with re-hashed DSL and Cable networks that can only deliver a maximum of 100mbps for the next decade at least as no one would be silly enough to mention NBN in the government as it is just poison now.
BTW I also live at another address half the time that has fibre to the house from the original NBN installs before it all got screwed over. Works awesome at 100mbps and it can actually do Gigabit, but it is not offered as a service as it would make the rest of the rubbish they are selling as NBN look like last decades tech, which it is.
If streaming games becomes a reality some will have to move what suburb they live in here which is just ridiculous.

Agreed this is the big news here, cross platform play to help populate the servers.

As intimated; Google Stadia must have them both pretty spooked. The enemy of my enemy is my friend...

I very much doubt that. MS doesn't have enough money to outright buy Sony. Although Sony doesn't have as much yearly revenue as MS but they do have over $190 billion worth of assets which is very close to MS.

I'd like to see what they come up with. Hopefully a cross platform software which would allow xbox games to be played on PS and vice-versa.

Does this mean the warfare between both companies will end? Nah I doubt it.

Good to see this collab though. Google must be a real threat for them to do this, and a good threat too. Let's see how things roll out for MS and Sony.

mickoafna
Although Sony doesn't have as much yearly revenue as MS but they do have over $190 billion worth of assets which is very close to MS.
Click to expand...

Microsoft is 15 times more valuable than Sony is.